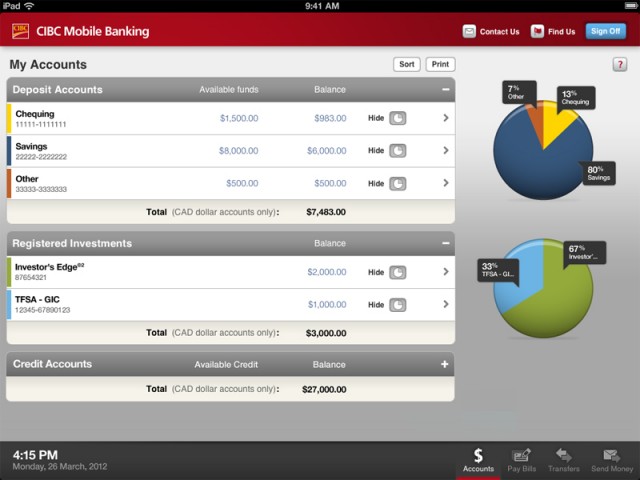 Canadian banks of hopping on the mobile banking app train. The last stat to be released was from last November that showed 35% of Canadians surveyed have done some banking on their mobile device, but security was still an issue. Most banks (CIBC, RBC, ING, TD, HSBC, Desjardins, BMO) have an app that does basic features such as finding an ATM, bill payment, transfer funds, account status. Today, CIBC has expanded their app and made it compatible with Apple’s iPad. The app has the same features as their iPhone app, but as Michael Martin, SVP of Alternate Channels, CIBC says “Our new Mobile Banking App for iPad offers engaging features that utilize the iPad’s large, high resolution Retina display, and rich interactive graphics and visuals, making it easier to understand and manage your finances”… basically lots of pretty charts for you to look at.

The app is free and can be downloaded here from the App Store.
Via: CNW