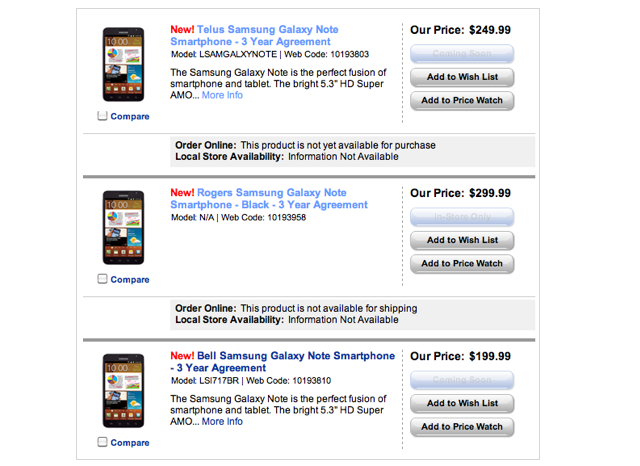 Yesterday it was officially revealed that all the Big 3 carriers would be releasing the Samsung Galaxy Note. The launch date is scheduled for February 14th and the only indication of a price was via Best Buy with Bell and TELUS both coming in at $249.99 on a 3-year. Now, one day later, it seems there’s a slight change in the pricing. Of course this could change at any moment, but Best Buy is now saying the Bell will make the Note available for $199.99 on a 3-year, TELUS will have it for $249.99, and Rogers will release it for $299.99. However, other big box retailer Future Shop shows the pricing at $249.99 for all carriers.