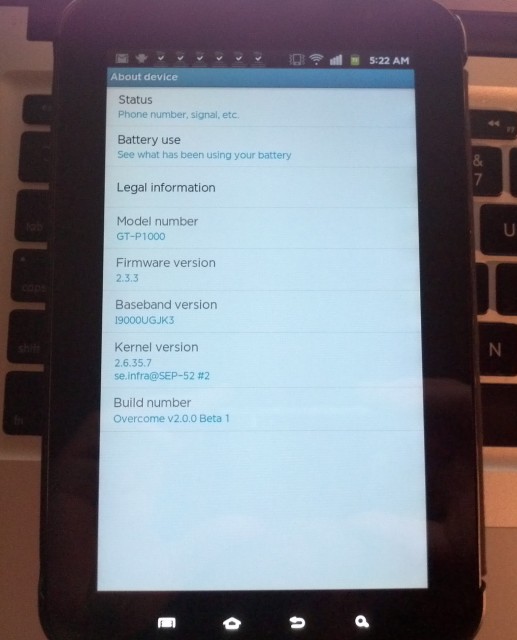 The Samsung Galaxy Tab has been heralded as many things — speedy, comfortable, well-made — but one thing it was never in danger of was being the device with the fastest upgrade schedule. Many people, in fact, doubted it would ever be upgraded to Android 2.3 Gingerbread after it was released in late 2010 with Froyo.

Lo and behold, a Gingerbread ROM has leaked onto the internet and into the hands of hundreds of eager fans. You will need to make a few system modifications to perform the surgery, but overall the process is relatively painless if you’re comfortable working with rooted Android devices.

I had a chance to load up the ROM, and I have to say the experience is overall much improved. While it is no Honeycomb — which likely never will legitimately come to the Tab — Gingerbread is gloriously fast, complete with Google’s visual touch-ups and the delightful CRT screen-off animation.

If you’re not the hacker type, there is hope for you yet. We now know that Samsung has at least been testing Gingerbread ROMs, and while it may take a few months for your Bell and Rogers versions to get the update, they will most likely come. Eventually.