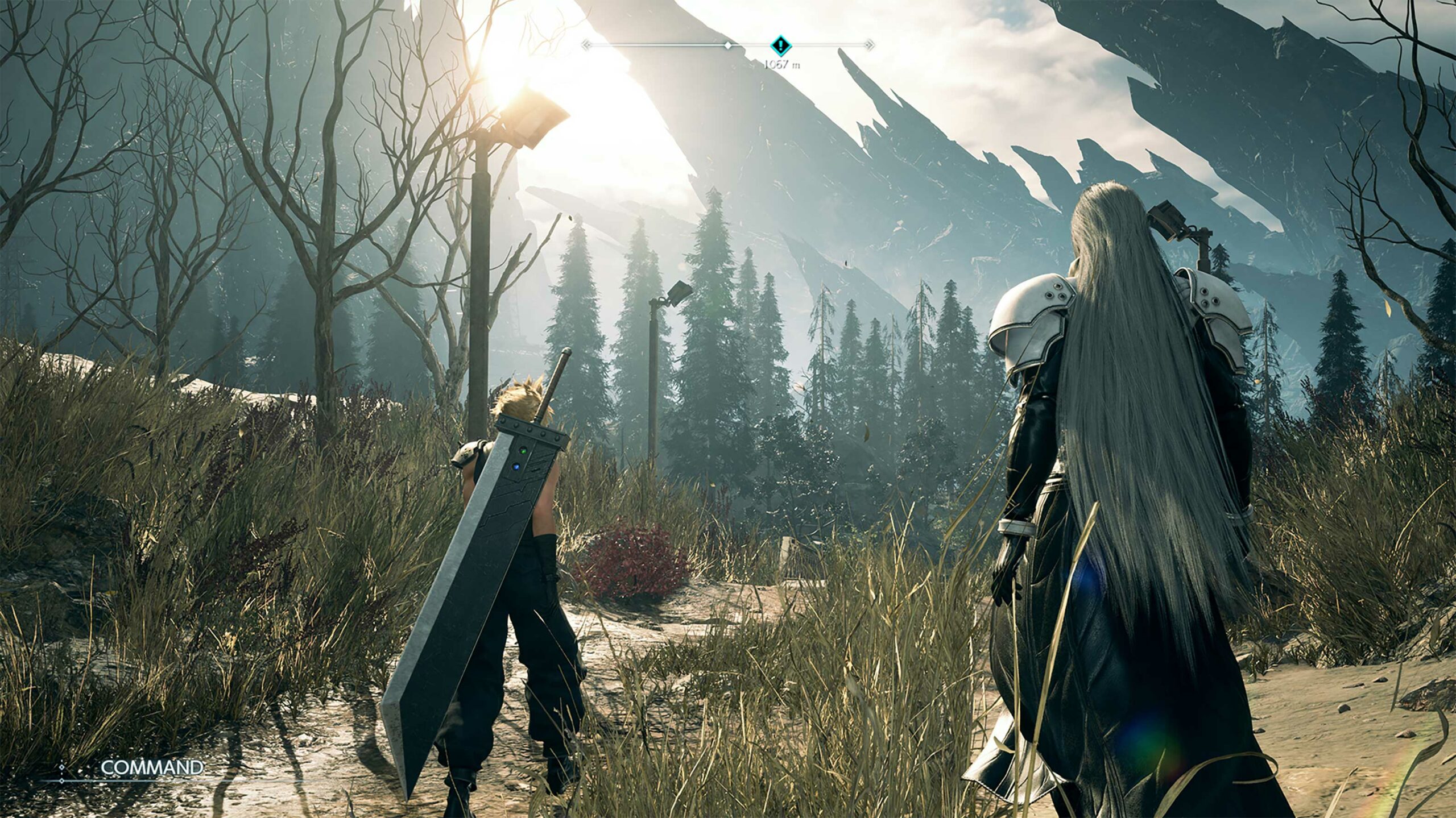 In the brief trailer, we see a flashback of Cloud and Sephiroth in Nibelheim before the events of Final Fantasy VII. During this, we hear Cloud and Tifa going over what happened, alluding to the fact that, as in the original Final Fantasy VII, the two have different recollections.

“What is Sephiroth’s endgame?” reads cryptic text. We also see more of Zack, a pivotal-yet-deceased character in the original VII. It remains to be seen what his role will end up being.

Notably, the first Final Fantasy VII Remake ended right as the party left the city of Midgar, which is only about five hours into the original game. The story also made some deviations from the events of the original game. Therefore, fans have been eager to learn more about the sequel and what direction it will go in. To that end, the new trailer also poses the question “What is fact and what is fiction?” further leaning into the idea that the Remake saga will likely make even more significant changes to the original VII story.

Final Fantasy VII Remake originally launched on PlayStation 4 in April 2020. The game was later ported to PS5 in June 2021 and, six months later, PC via the Epic Games Store. A June 17th Steam release was also confirmed during the anniversary event.

Additionally, Square Enix confirmed that a remaster of the beloved Zack-led FFVII prequel, Crisis Core, is coming to consoles and PC this winter.