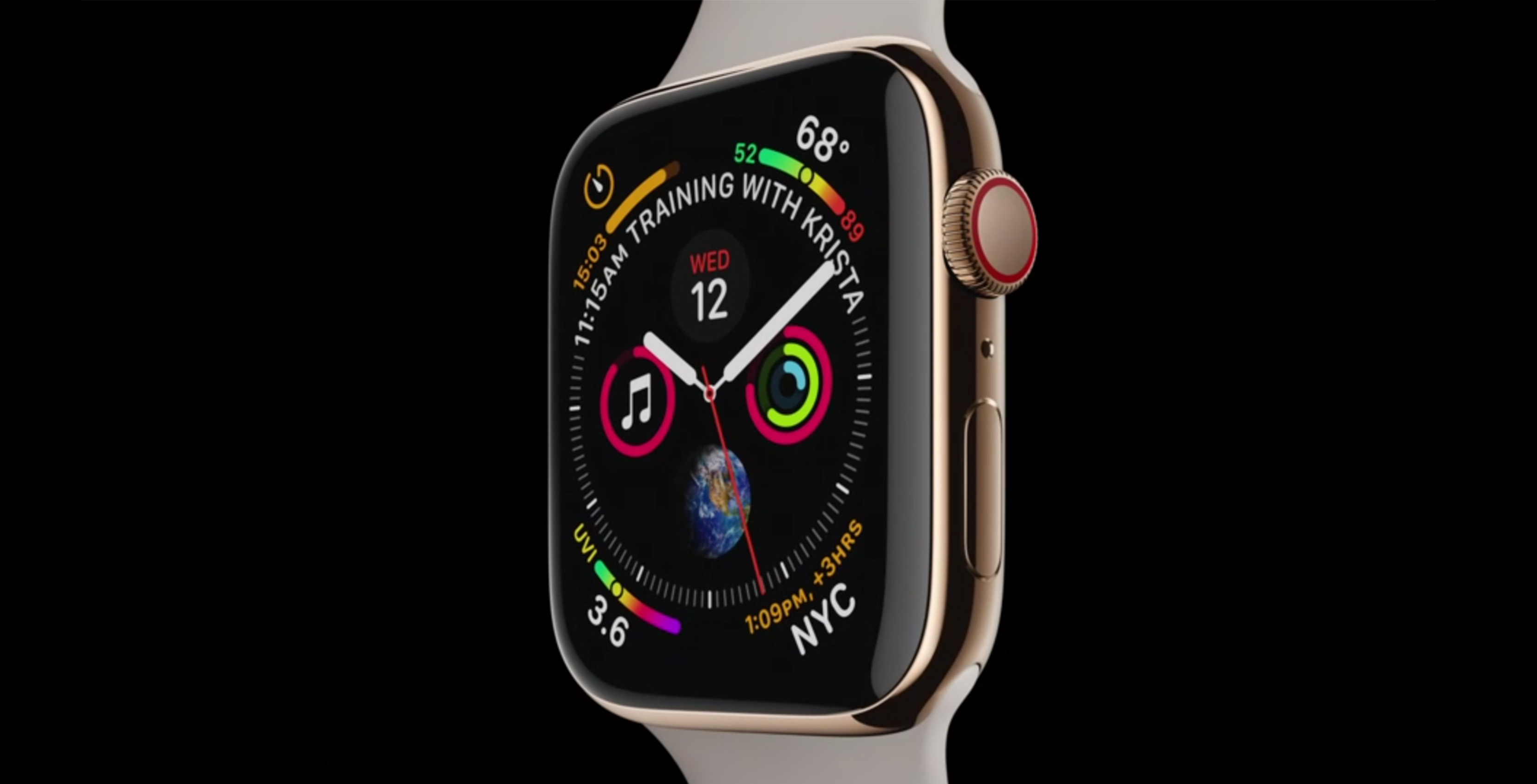 At its ‘Gather Round’ event in Cupertino, California, Apple today announced its latest smartwatch, the Apple Watch Series 4.

The new wearable’s marquee feature is a new, larger display on both 40mm and 44mm models. The screens are 32 and 35 percent larger, respectively. As a result of the new screens, the Series 4 is able to display more complications in both watch faces and apps.

Apple has also redesigned the Apple Watch’s signature Digital Crown. It now features haptic feedback. Users will notice the feedback when scrolling through lists, for example. 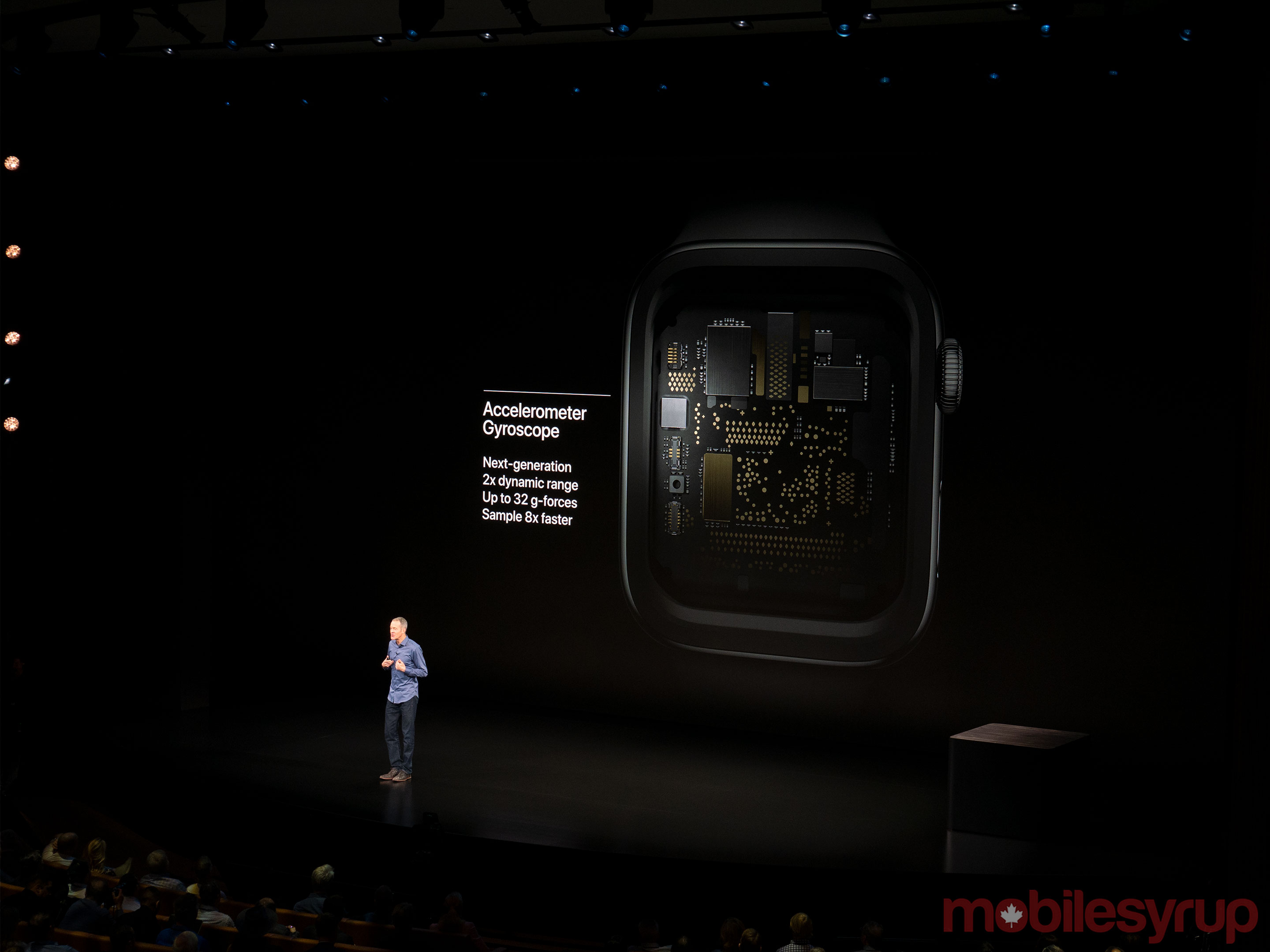 The speaker, meanwhile, is 50 percent louder. Apple has also moved the microphone so that it sits below the Digital Crown, on the opposite side from the speaker. This reduces echo in phone calls. Additionally, the back of the smartwatch features a new surface made of black ceramic and sapphire crystal, allowing for better transmission of radio waves. Together, Apple says these features lead to significantly better phone call quality.

Inside of the smartwatch is the company’s new S4 processor. Apple says the dual core 64-bit processor delivers twice the performance. Apple has also integrated a new accelerometer and gyroscope, which will allow the Apple Watch to detect when the user falls. After detecting a fall, Series 4 will display a notification, prompting the user to call 911 emergency support.

If Series 4 senses the user is immobile for one minute, it will start a call automatically, as well as send messages to the user’s emergency contacts. 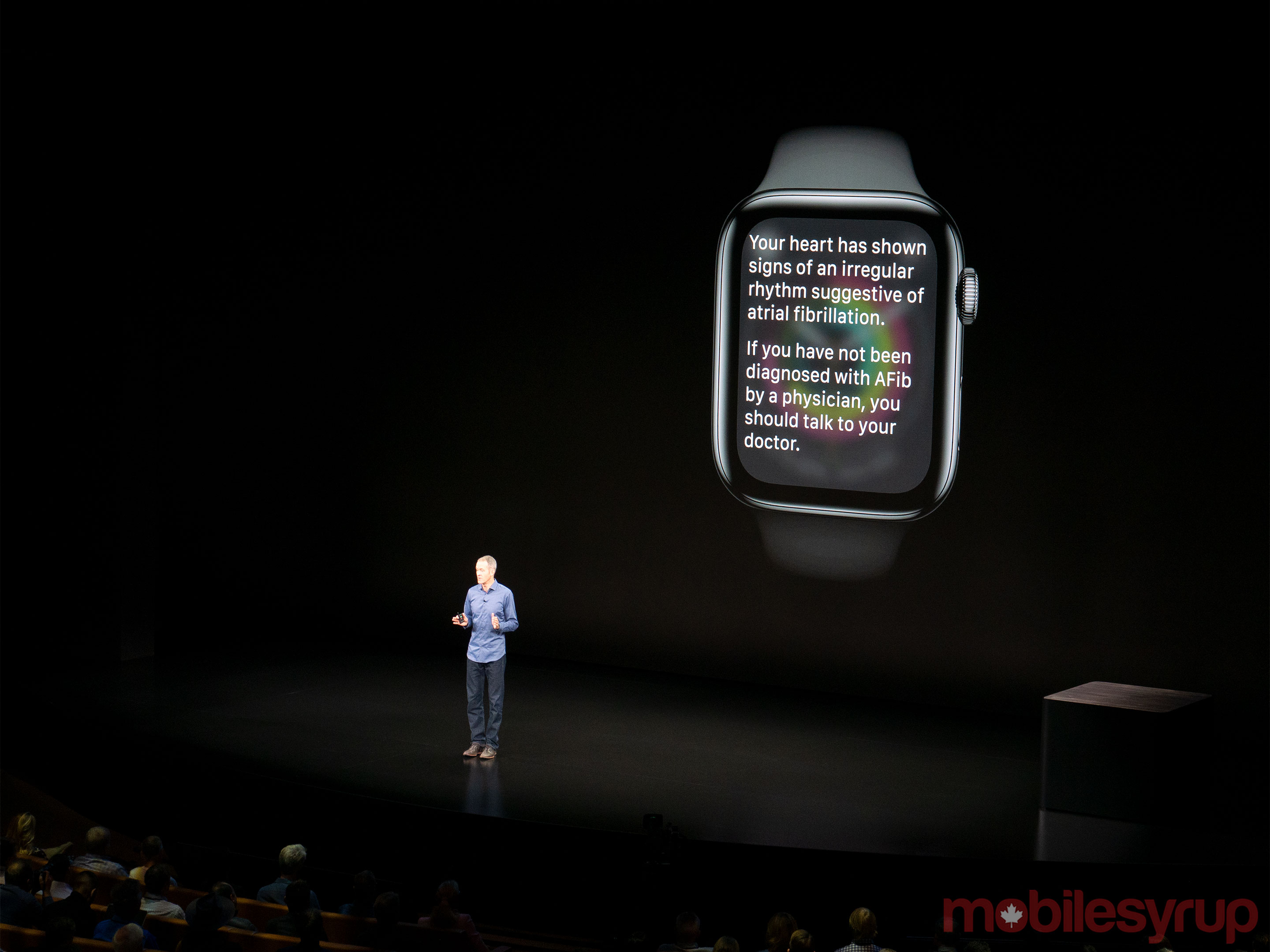 These features were endorsed by the American Heart Association and approved by the FDA. For right now, they’ll be available to U.S. customers while Apple works to bring the features to other markets.

Series 4 will be available in three aluminum finishes and three stainless steel finishes. 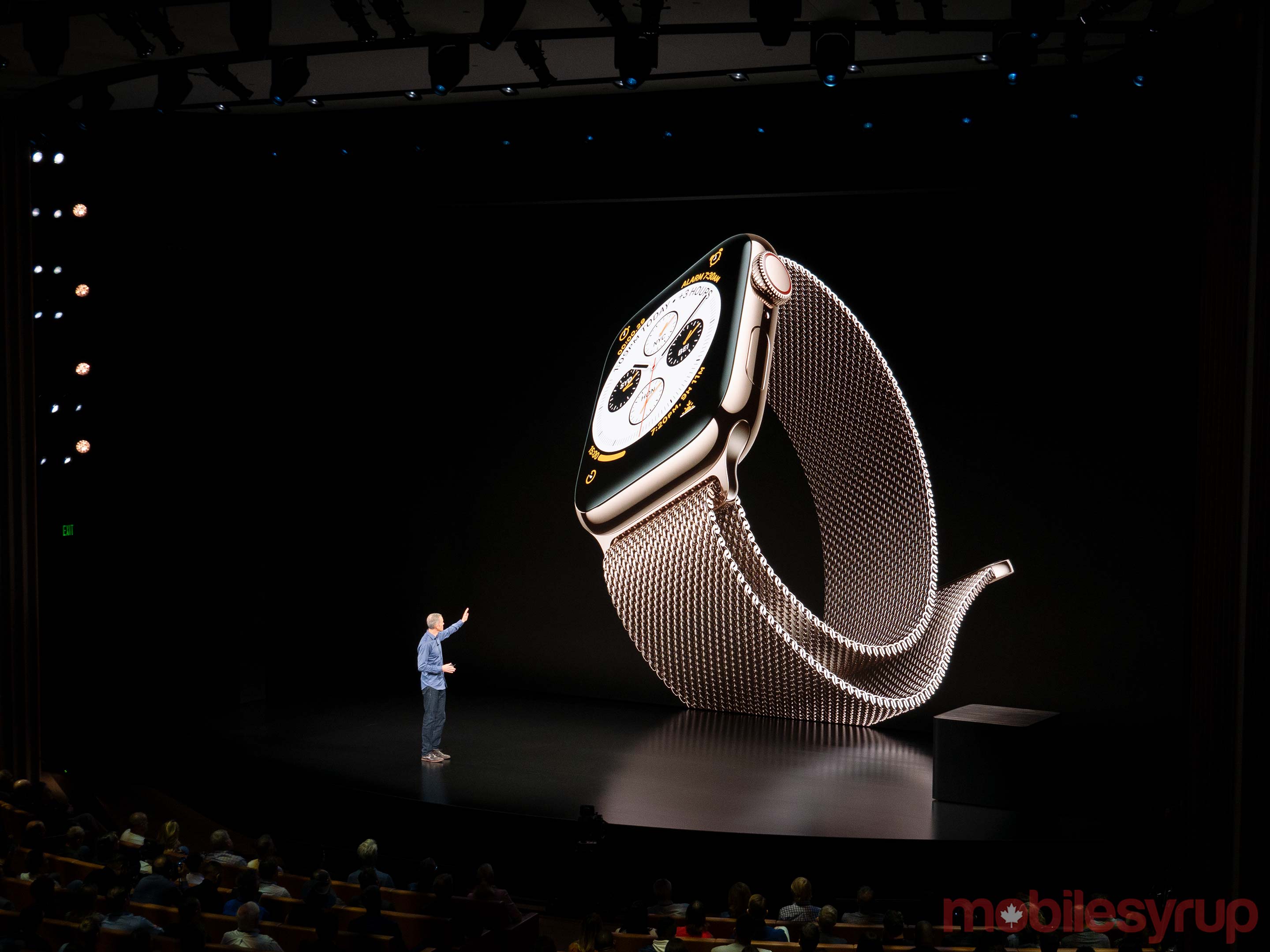 The new wearable will be available starting on 21st, with preorders opening on September 14th. The GPS watch will be available for $519. The GPS and cellular variant will be $649. Additionally, the older Series 3 model will retail for $369.