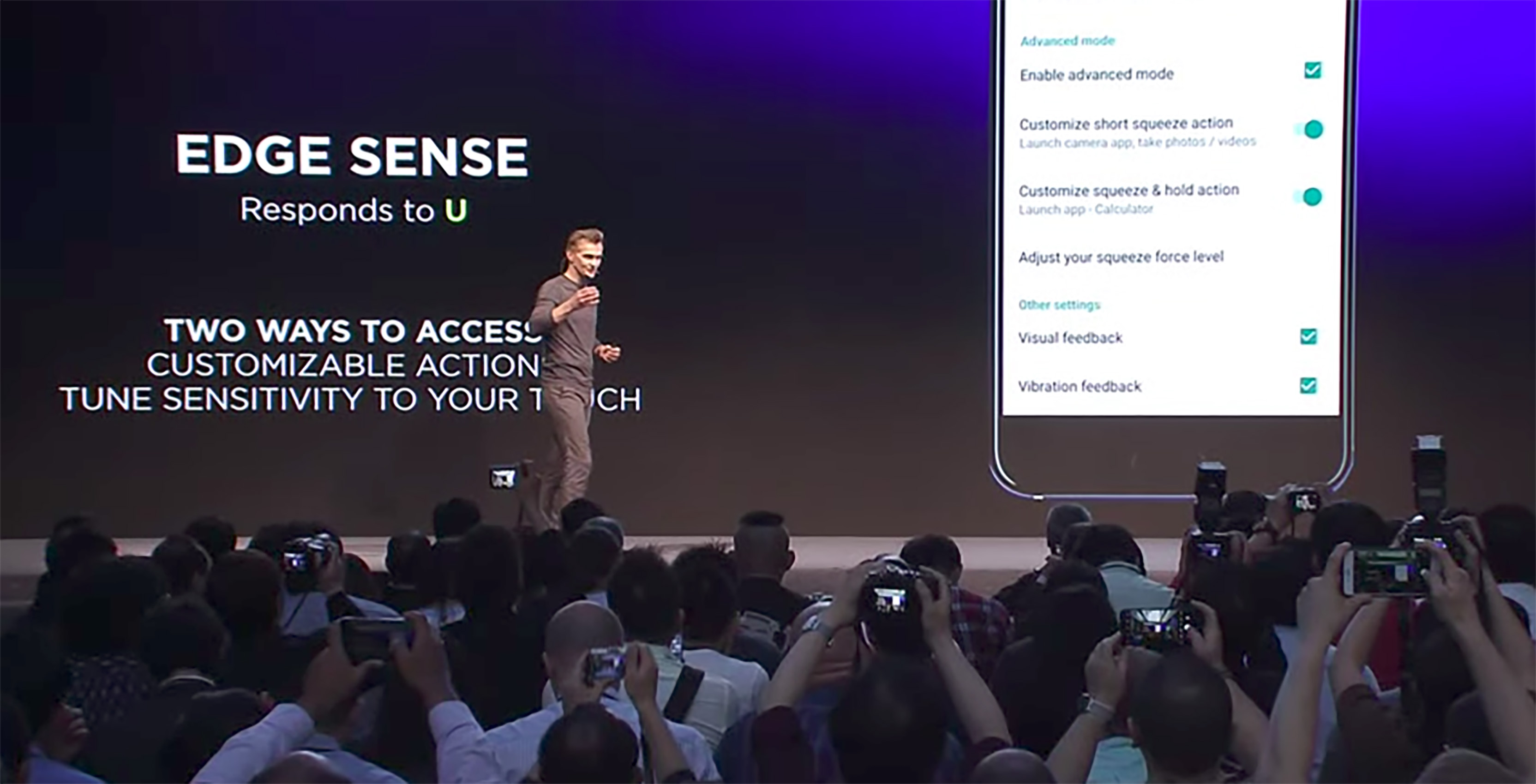 HTC’s newest flagship features a touch-sensitive frame that allows information to be input to the device just by squeezing it. The U11 features eight micro-sensors embedded into the sides of the smartphone that are always on. This means the smartphone can be squeezed even when the U11 is in sleep mode.

With Edge Sense, users are able to launch apps with one of two gestures, either a short squeeze or a long one. Out of the box, the short squeeze launches the camera application, while the long squeeze isn’t set to anything — though Edge Sense is completely customizable.

Edge Sense will work with any app on your phone, therefore the U11 short squeeze can be used to launch the calculator app while the long squeeze can enable your flashlight.

During the company’s Brilliant U event, HTC demonstrated how Edge Sense works with certain functionalities. Squeeze to launch the camera, then squeeze again to switch from selfie camera to rear-facing camera and then squeeze once more to take a picture.

HTC also revealed that the new squeezable feature also works with the device’s voice-activated assistants. Though, since the assistants are voice-activated, it’s unclear why you would want to squeeze your phone to activate them.

Edge Sense is the newest functionality to come to HTC and allows for some much with just a little squeeze.

HTC U11 Review: More than a squeezable phone