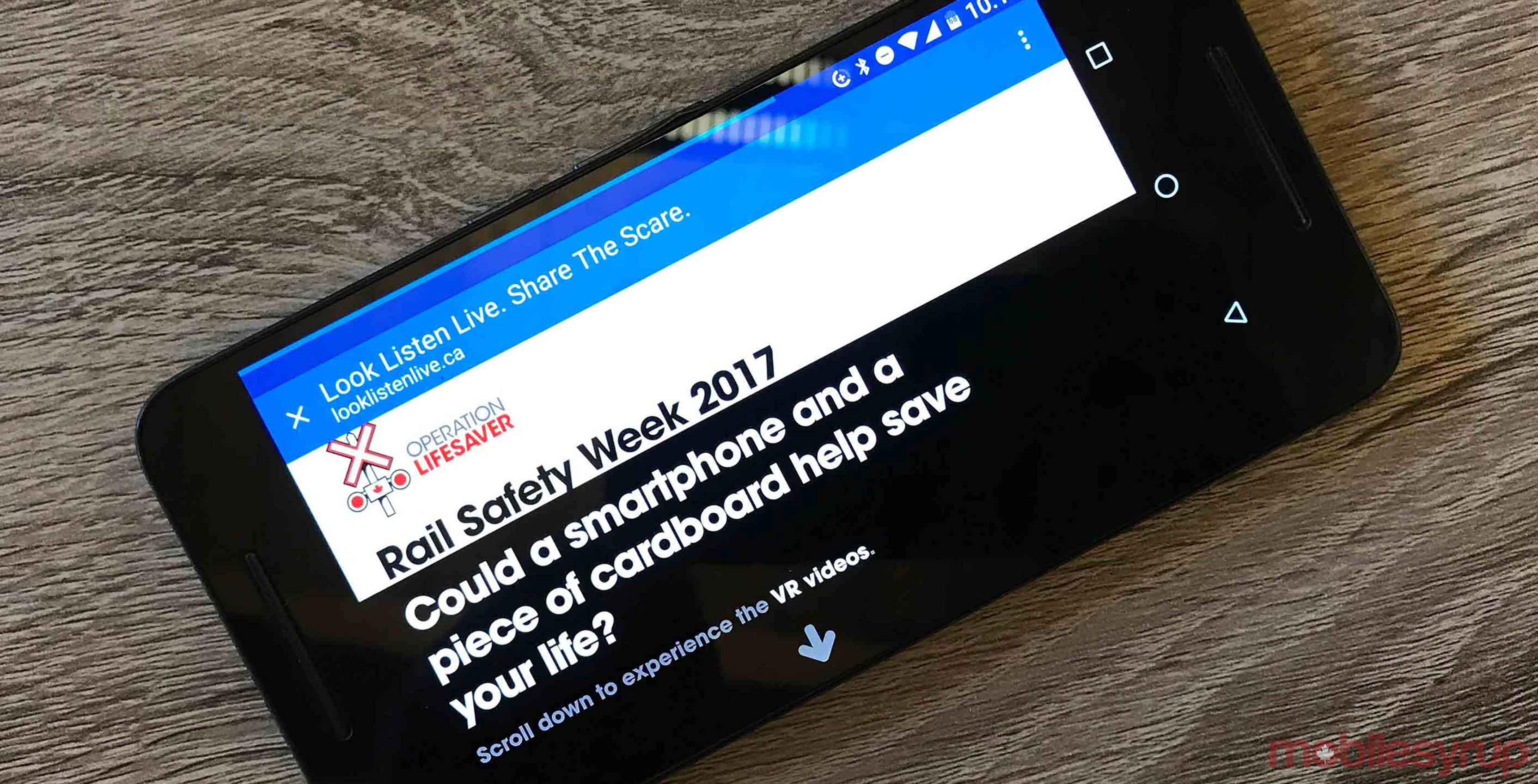 OL intends to give viewers the shocking near-miss experience of being hit by a train with a VR headset. OL unveiled Look.Listen.Live at a press conference at Montreal’s Central Station with the Minister of Transport, Marc Garneau, to mark the first day of Rail Safety Week, running from April 24th to the 30th.

“I applaud Operation Lifesaver for stepping outside the box with this new innovative tool to teach Canadians how to make the right decisions around train tracks. Trespassing on tracks or trying to beat a lowering gate can be an extremely dangerous decision. I encourage all Canadians to look, listen and live,” said Minister Garneau.

Look.Listen.Live features two videos that show someone being hit my an oncoming train. The first video has a person walking over the train tracks that doesn’t hear the train coming while listening to music. In the second video a person decides to drive around the gate at a railroad stop and gets hits by a train. The public can watch both videos with or without a VR headset.

OL viewers can also view the touching story of Scott Sackaney who nearly lost his life when he was ran over by a train five years ago. Viewers can watch the three videos in either French or English on look.listen.live.ca or on their YouTube page. The YouTube videos however, do not offer a 360-degree experience.

OL asks visitors of their website to share #LookListenLive and to get the word out about railroad-safety and to pledge obey railroad signs and to never trespass.