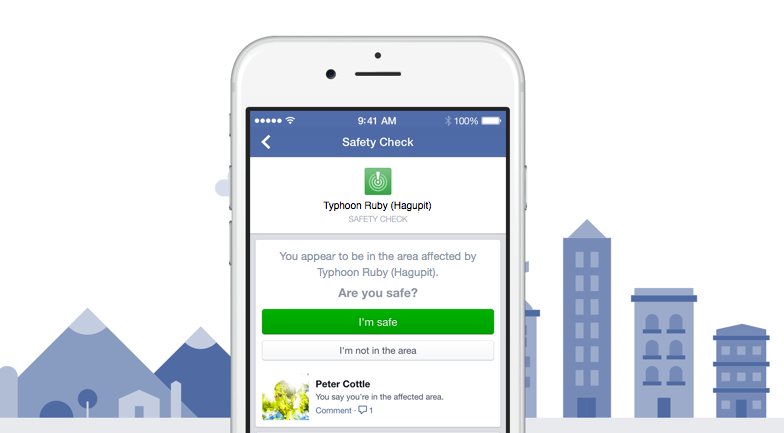 Safety Check allows users to notify friends that they are safe from nearby crises or disasters, such as during the Orlando nightclub shooting in June 2016.

Now, through the new Community Help section, users are able to offer food, shelter and transportation to others who mark themselves as safe. Community Help will also be available for accidental incidents, such as earthquakes or building fires. These “Find Help” and “Give Help” options will be integrated into the Safety Check page interface.

Hitting Find Help will allow users to select from a number of different categories, like food, shelter or water. Selecting shelter, for example, displays posts from people in the community offering their homes to those in need, as well as providing approximate location data on a map. People can then message other users directly.

Facebook originally launched Safety Check on October 2014 in response to the 2011 tsunami in Japan. Millions of people were marked safe, with their friends and family notified subsequently notified. While Safety Check was prominently used in incidents such as the Paris terrorist attacks in 2015, Facebook was criticized for other instances in which it did not offer the feature, such as the Beirut bombings in that same week.

It has since promised to trigger the feature more frequently, which it has aims to do by making alerts automated in response to circulating news articles. However, Facebook came under fire after it warned users of “The Explosion in Bangkok, Thailand,” which was ultimately found to have been taken from a fake news site. The false reports confused users over what was happening in the city, when in reality they were in response to a protester throwing fire crackers at a government building.

Facebook has been facing criticism over fake news for some time now, resulting in the company taking steps to try to stop spreading misinformation.