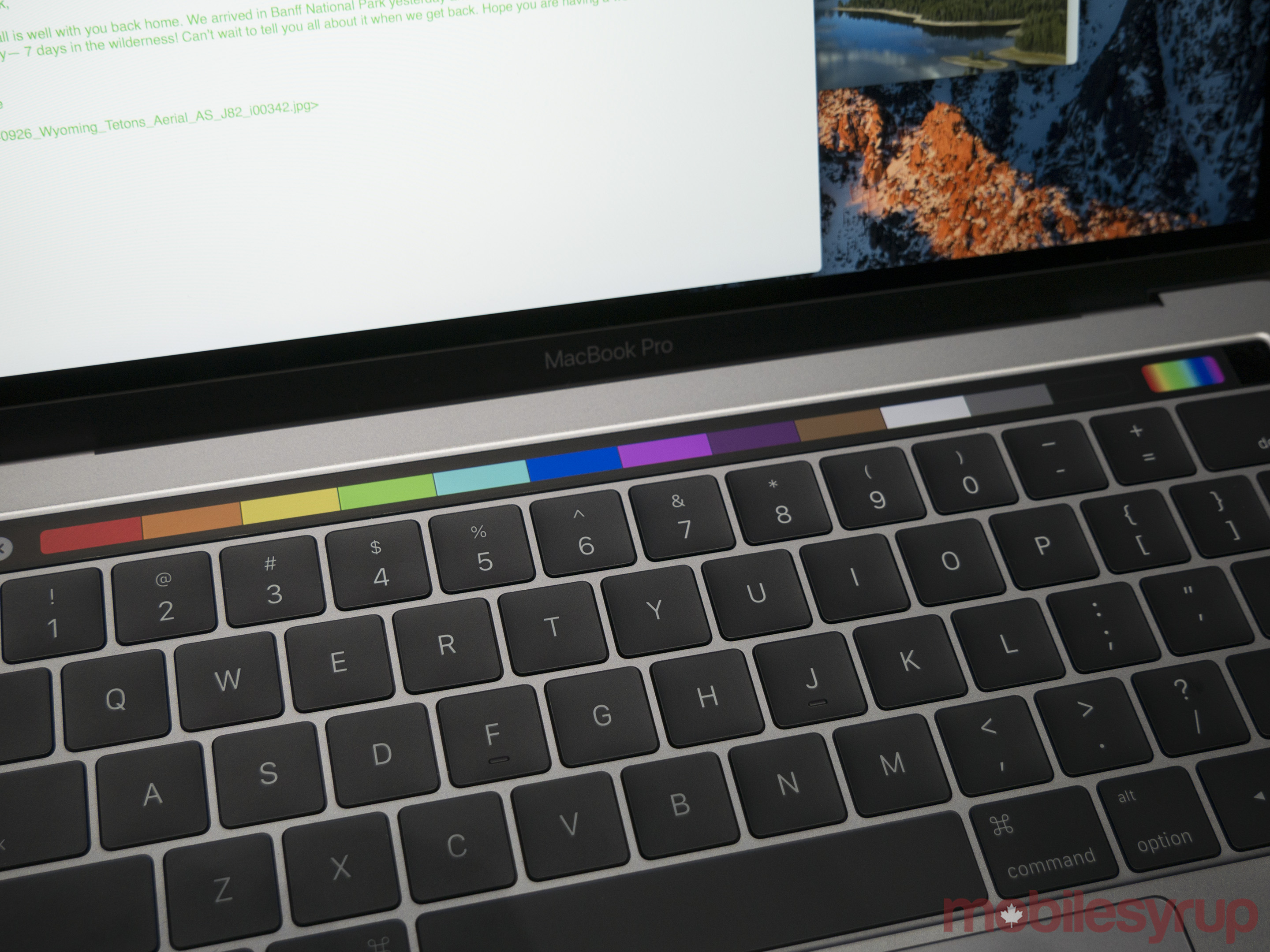 The new laptop marks the first time Apple’s MacBook Pro line has seen a redesign since 2012, and the first major update to a Mac since 2015 — not counting the minor aesthetic and hardware changes made to the 2016 12-inch MacBook.

The next generation MacBook Pro comes in two sizes, 13 and 15 inches, and comes in ‘Silver’ and ‘Space Grey.’ The 13-inch is just three pounds, while the 15-inch comes in at four pounds. The new and improved MacBook Pro comes with a force touch trackpad that’s twice the size of the trackpad on the previous generation and the keyboard is decked out with a second generation butterfly mechanism. 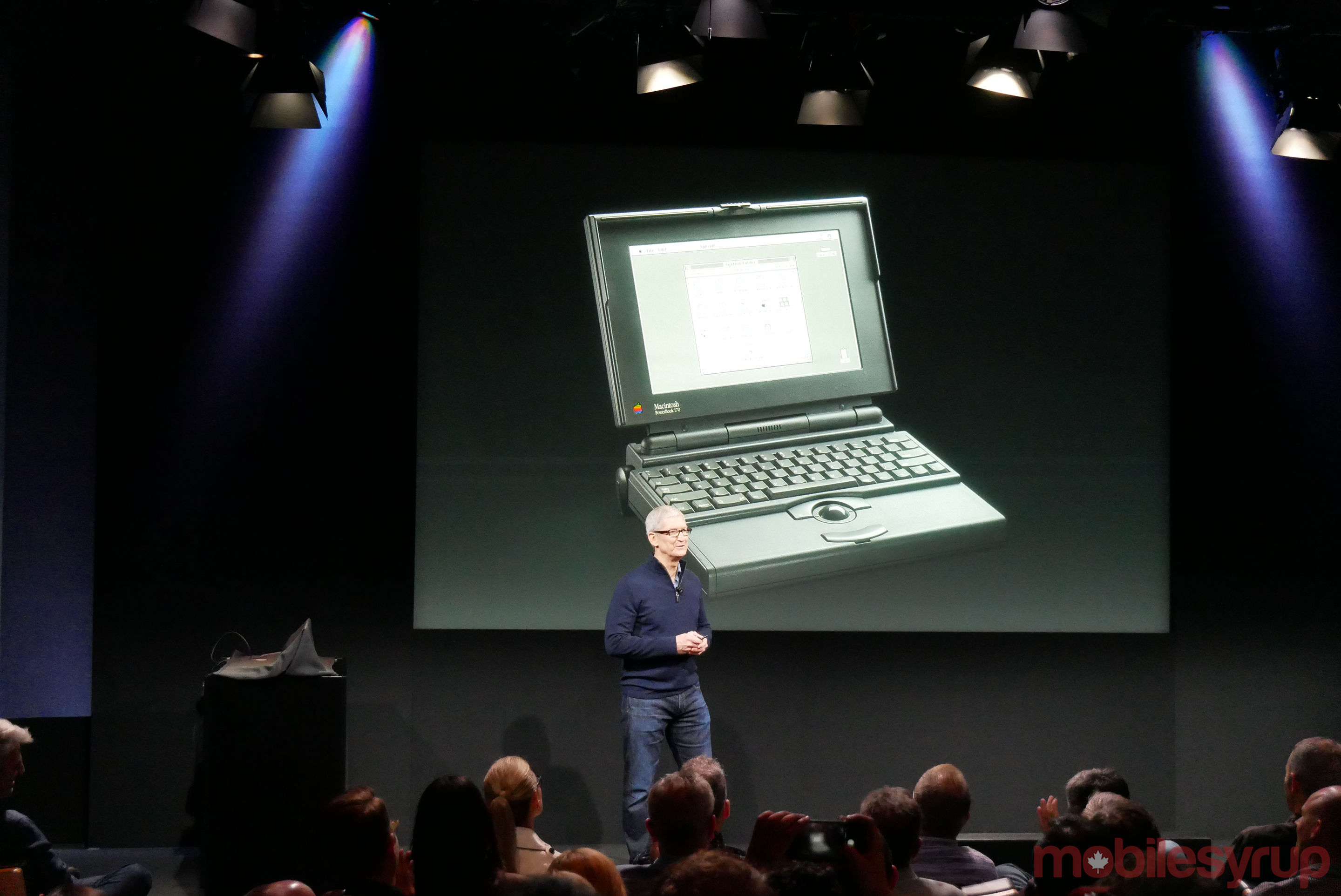 The 15-inch comes with a sixth generation 2.6 GHz quad-core Intel Core i7 processor. In addition, the 15-inch comes with Turbo Boost speeds up to 3.5 GHz, 16GB of memory and 256GB of flash storage, four Thunderbolt 3 ports and a 3.5mm headphone jack. It loads 3D graphics at a rate of 130 percent faster than its predecessor and comes with a display that’s 67 percent brighter with a 67 percent higher contrast ratio. It starts at $2,999 CAD.

The 13-inch, on the other hand, comes with a 2.6 GHz sixth generation quad-core Intel Core i7 processor. The notebook has up to with Turbo Boost speeds up to 3.5 GHz, 16GB of memory, 256GB of flash storage and also comes with four Thunderbolt 3 ports. It starts at $2,299 CAD.

Both notebooks, however, are equipped with 10 hours of battery life, says Apple. 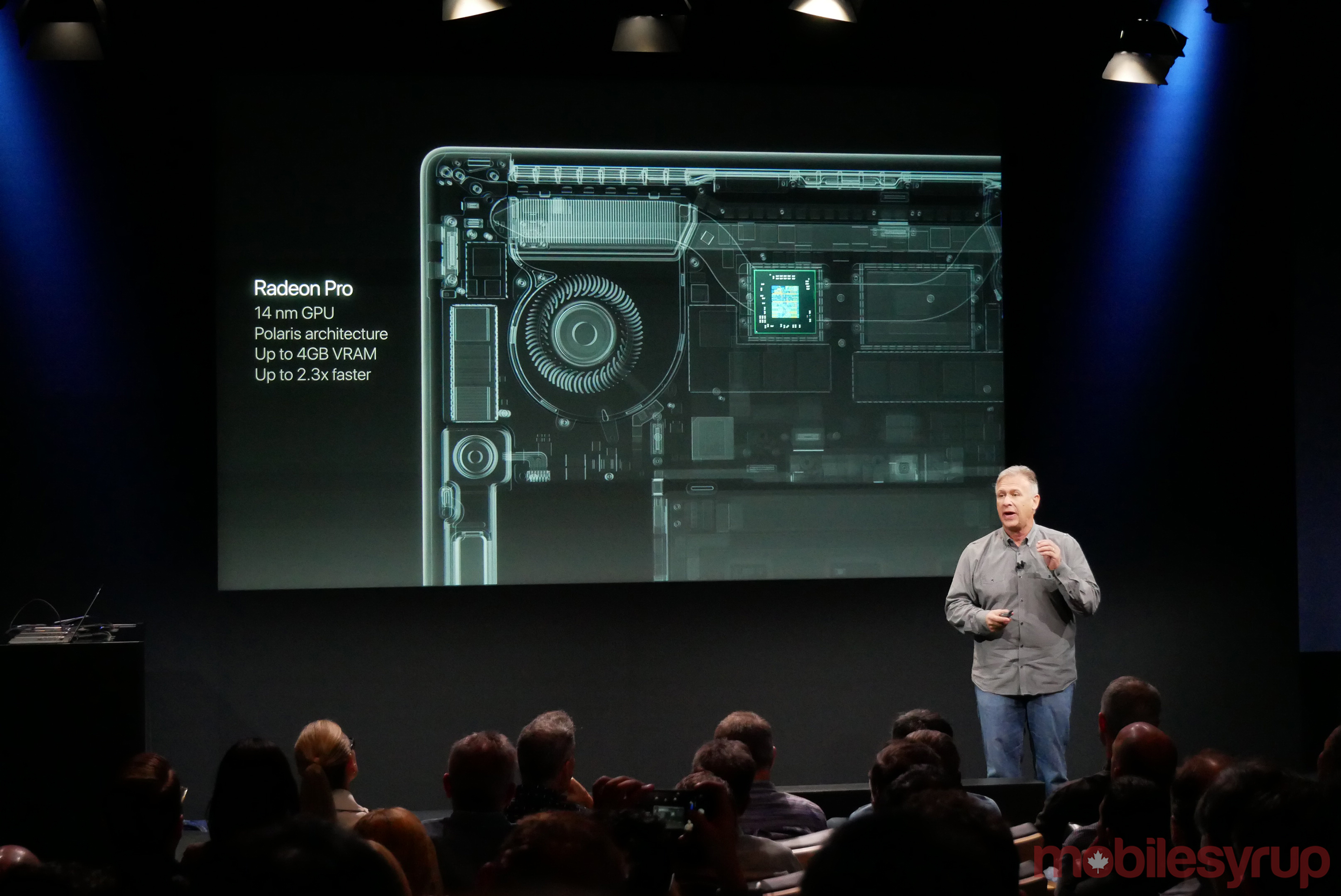 However, the crowning glory of the latest MacBook pro is the OLED Touch Bar. The Touch Bar replaces the top set of buttons on the keyboard, allowing users to access their apps, as well as global system functions. In addition, the Touch Bar can be customized and different shortcuts are available depending on the app in use.

For instance, when typing, the Touch Bar will recommend responses to users as they answer messages and emails. When typing, Touch Bar also allows users to browse emojis and images.

In addition, TouchBar allows users to scroll through their open tabs, or open a new tab by navigating to their bookmarked sites. TouchID is deployed in the new MacBook Pro as users are able to make purchases directly through the Touch Bar.

Users are able to view their images using the Touch Bar, scroll through albums, add effects to images, etc. Not only can users use the Touch Bar to replace many keyboard functions, users can also customize their Touch Bar by replacing and moving around controls until they’re satisfied with the lineup. Furthermore, the new MacBook Pro features the ability to switch user accounts using TouchID.

Both the 13-inch and 15-inch MacBook Pro will ship in two to three weeks.