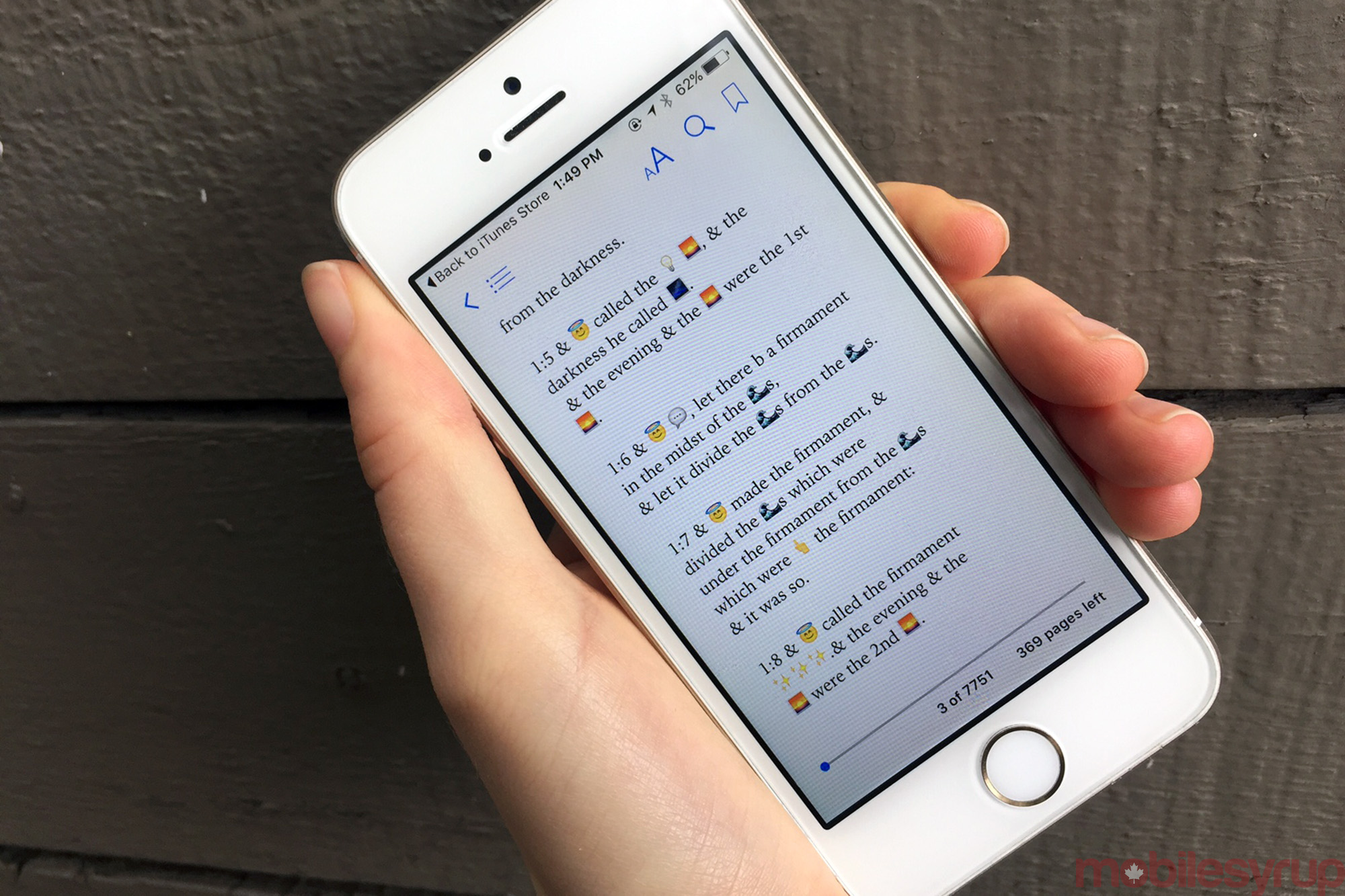 Throughout the centuries, the bible has been translated in to countless different languages so that its teachings could reach throughout the world. Now, with an emoji version, the good book has finally become intelligible to millennials.

Available on iTunes for $3.99, it offers all 66 books of the King James Version bible in a format it describes as “Scripture 4 Millenials.” In addition to replacing words with emojis, it also introduces certain popular abbreviations and slang used on the internet.

The author, who goes only by the cool sunglasses face emoji, created a program that linked 80 emojis with 200 corresponding words, according to an interview secured by The Guardian’s Australia edition. The author says the approximately 3,300 page book took six months to create. During that time, they proofed certain passages by posting them on the Twitter account @BibleEmoji.

But is the author a Christian themselves? They declined to answer The Guardian, stating only “I’m just an emoji, and I [flexed biceps indicating strongly] agree with Jesus message of course.” 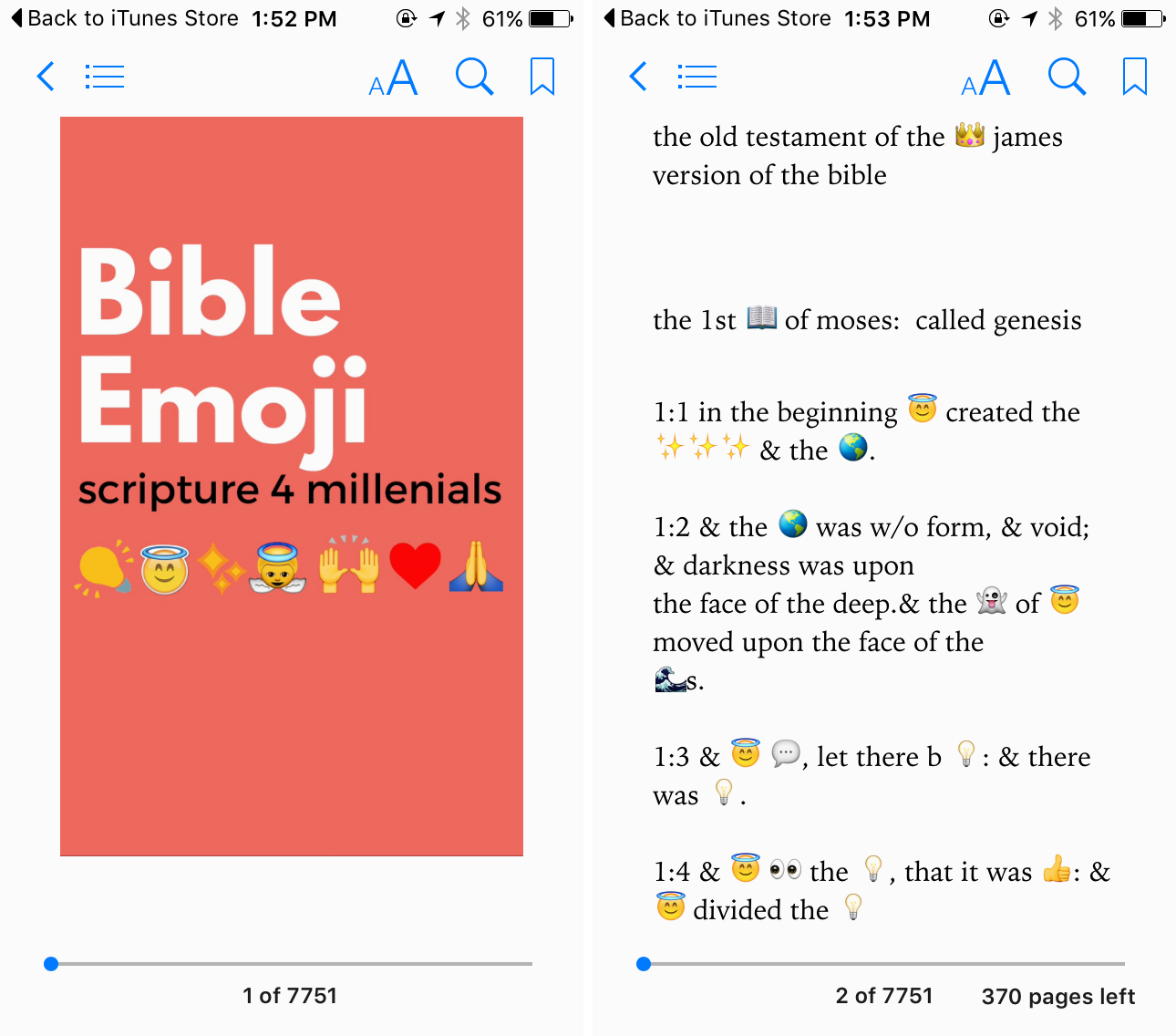 Google aims to be more inclusive with gender fluid emojis