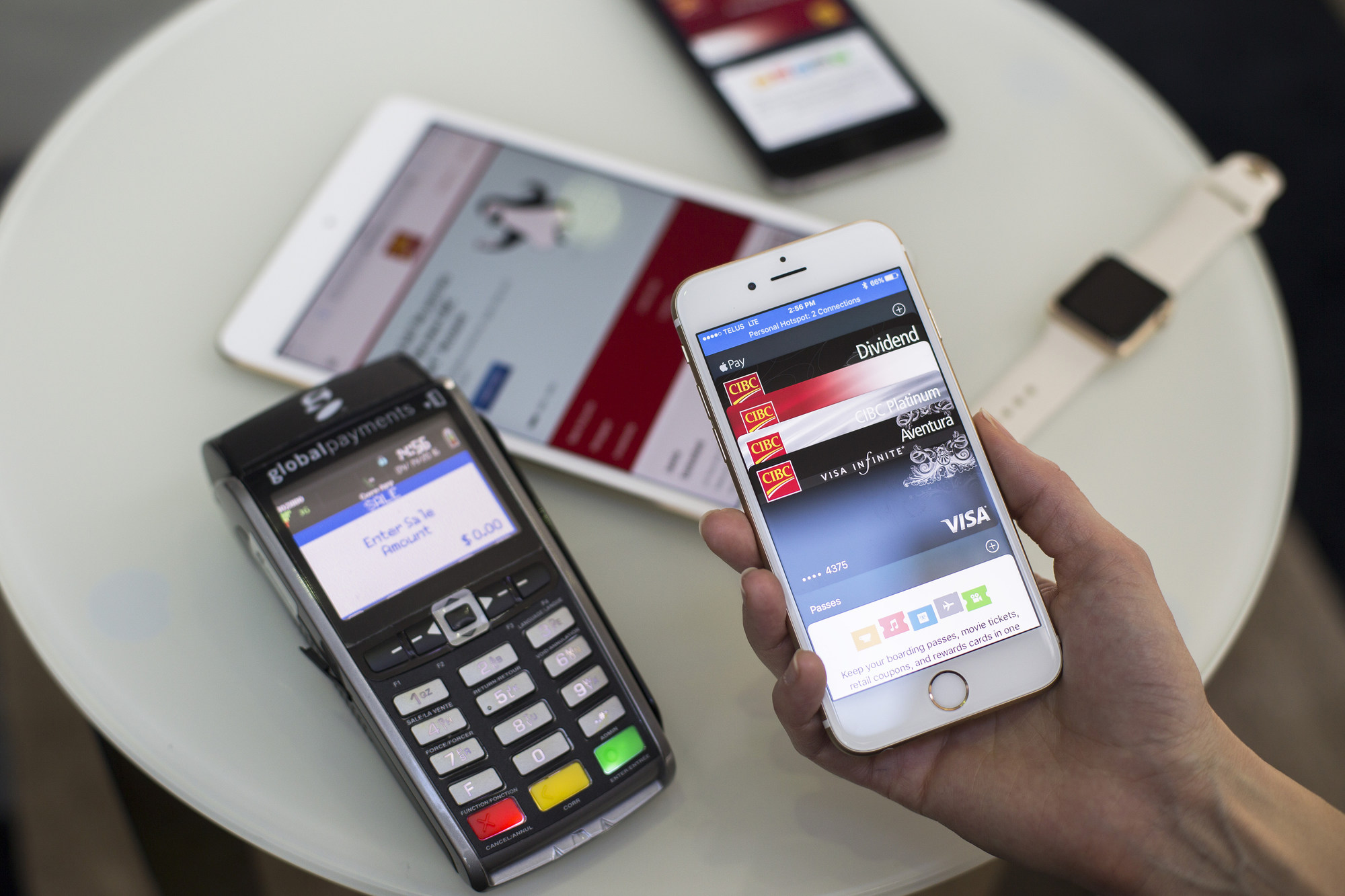 The day many Canadian iPhone users have been waiting for since the day Apple Pay was announced has arrived.

Early this morning, Apple significantly expanded the number of payment options Apple Pay supports in Canada, and announced that it plans to add even more Canadian banks in the coming months.

Starting today, iOS users can add a MasterCard or Visa credit card from four card issuers, including CIBC, ATB Financial, RBC and Canadian Tire Financial Services. Significantly, in the instances of cards from CIBC and RBC, Apple Pay now supports both credit and Interac debit cards from those two banks.

Support for Bank of Montreal, TD Canada Trust and Scotiabank debit and credit cards will be added in the coming months, according to an Apple spokesperson. This means Apple and all five major Canadian banks have come to terms. PC Mobile, whose “personal banking services are provided by the direct banking division of CIBC,” does not yet support Apple Pay and according to an Apple Canada representative, there is “no timing on that being added yet.”

Sometime in June, all five major banks will also start to allow their customers to use their cards and Apple Pay to pay for physical goods within apps.

Update #4: A day after Apple Pay became available on CIBC and RBC, Tangerine has made quick steps to announce plans to support the payment option for its customers. 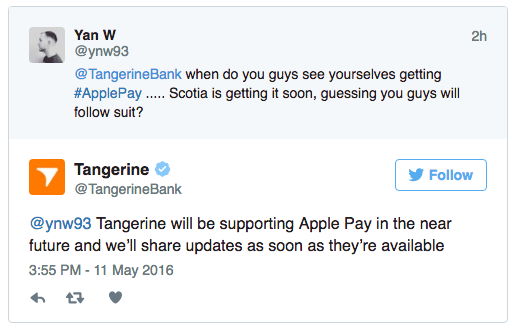 Update #3: HSBC is looking into Apple Pay. In addition, Tangerine, who was formerly ING, stated the following in an email to us: “We’re always exploring new innovations to make everyday banking more simple and convenient for our Clients and this includes new payment solutions. We will be happy to share more details as they become available.”

Update #2: In their own statements, Bank of Montreal and Scotiabank echoed the sentiments of TD Canada Trust, saying they will add support for Apple Pay in a matter of “weeks.” So mark off “mid-June” on your calendars.

Update #1: While TD Canada Trust declined to provide a specific launch date for Apple Pay support, the financial institution said “we mean weeks away” in an email sent to MobileSyrup.

Teri Currie, Group Head, Canadian Personal Banking and TD Bank Group, said, “We are excited to share that Apple Pay is coming soon to TD. More Canadians do their digital banking with us than any other financial institution, and we know they want easy, convenient and secure ways to pay. TD will make in-store and in-app purchases even more convenient, as our customers will soon be able to add any of their personal TD Visa Credit Cards and personal TD Access Card to Apple Pay, letting them pay from any compatible Apple device.”