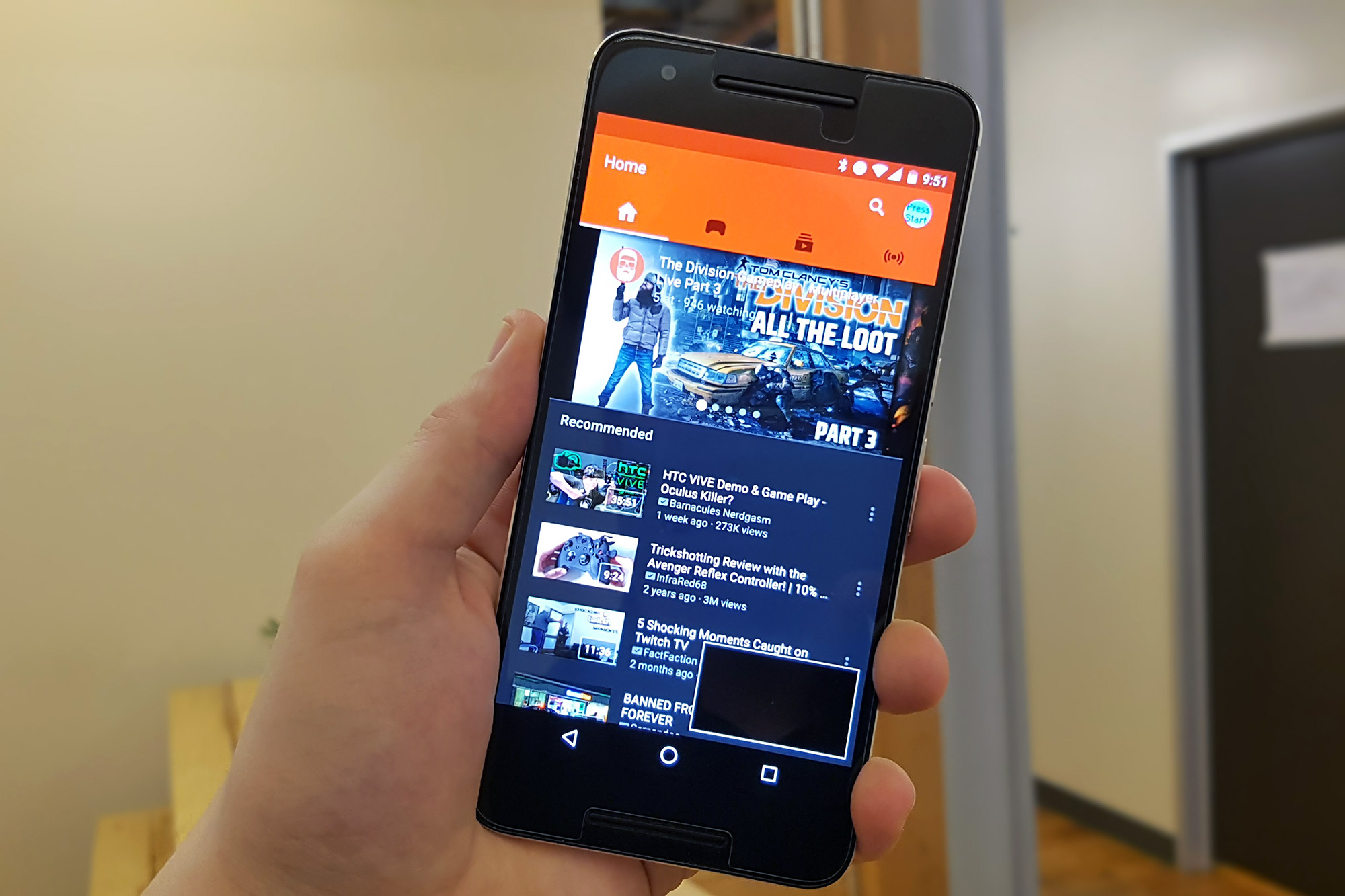 Video game YouTube videos and live streams may seem bizarre to some, but PewDiePie, one of YouTube’s top content creators, now has more subscribers than the entire population of Canada — 42.6 million. His content might not appeal to you, but he’s certainly struck a chord with a very specific demographic, and Google is hoping this audience will watch gaming content on-the-go via its YouTube Gaming mobile app.

Originally launched in August 2015 in the U.S. and U.K, Google is now releasing its dedicated YouTube Gaming mobile application on both iOS and Android in Canada.

The build of YouTube Gaming rolling out this morning in Canada features revamped homepage navigation, the ability to browse specific games instead of only content creator channels, and 60 frames per second 1080p mobile video playback.

“We now have a dedicated live destination for you. At the very top, if you subscribe to a channel and they’re currently live, that will bubble up to the top because we know you care about them,” said Albert Cheng, YouTube Gaming’s senior product manager, discussing a feature YouTube Gaming’s users have been requesting since the platform launched.

“One of the top user feedback points that we had ever since we launched is users want a list of games people are currently streaming, so we finally built that in this version,” he added. 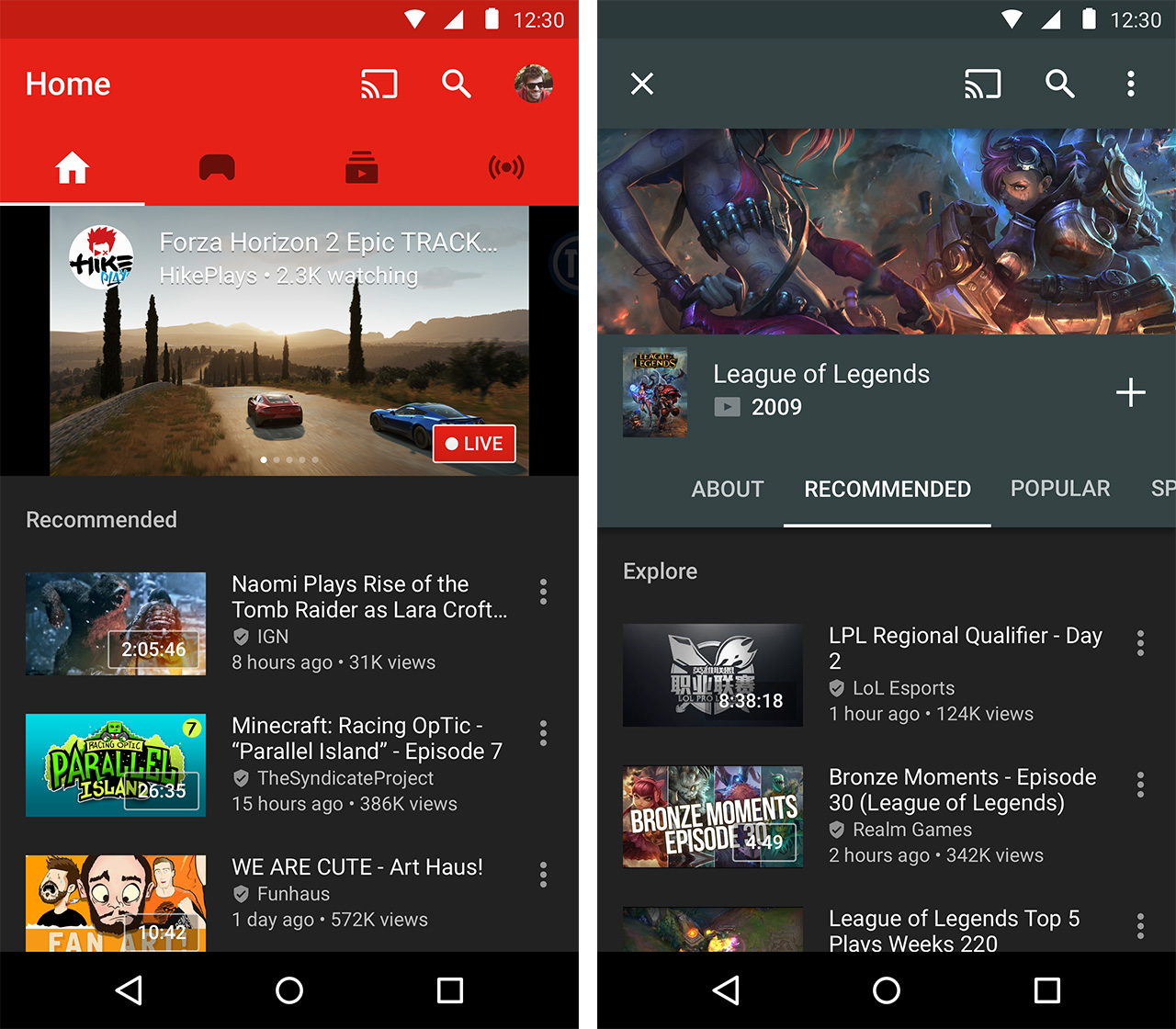 The app’s most interesting new feature, however, is exclusive to Android, and is hopefully an indication of Google’s future plans for its main video platform, YouTube. With the Android version of YouTube Gaming’s app, users are able to pop out the video player, allowing them to continue watching a stream while browsing other applications on their phone.

YouTube Gaming also now includes a dedicated user-interface location for active live streams, a feature that has been strangely absent from the platform since launch, especially given its emphasis on live content.

Google says that it has also revamped the way YouTube Gaming manages search queries. For example, searching for “Call” will no longer reveal results related to Carly Ray Jepsen’s Call Me Maybe. Instead, the latest videos of Call of Duty Black Ops 3 will appear. Thanks to a new algorithm, searches within YouTube Gaming’s dedicated app result in gaming-related videos.

The platform also includes the same mobile game live streaming features it launched with in other regions back in October. Users are able to record and live stream mobile gameplay on-the-go directly from their Android device using the platform’s mobile capture feature.

“We always believe in video on demand (VOD), but we want to make sure we’re a platform for all gaming content. So mobile gaming, 360-degrees and live, are all areas we want to continue to invest in,” said Ryan Wyatt, YouTube Gaming’s global head of gaming content, discussing the platform’s rewnewed focus on emerging live stream formats. “I stongly believe that this is going to remove the barrier and we’re going to see a lot more mobile gaming content in the years to come by having this feature,” said Wyatt.

Wyatt says that mobile game live streaming is an area YouTube Gaming feels it has a significant advantage over its competitors in the space.

While Google has not released specific YouTube Gaming subscriber numbers, the company says over 25,000 games are now listed on its dedicated streaming platform, and that every month 144 billion minutes of gaming videos and live streams are viewed on the service. YouTube also says that over half of YouTube Gaming views stem from mobile devices. 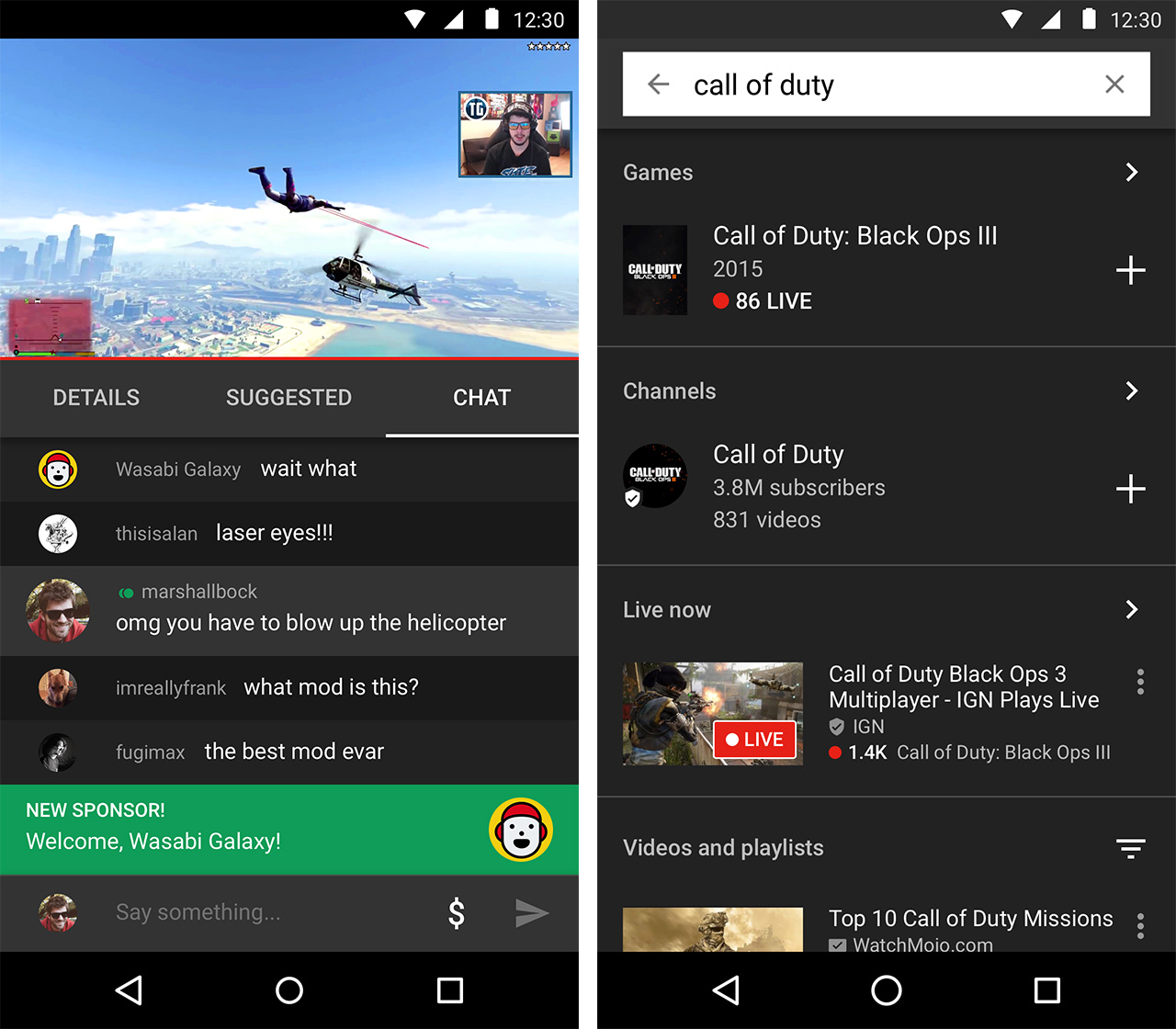 When asked what separates YouTube Gaming from competing platforms like Twitch, Wyatt says mobile continues to be an area of focus for the still relatively new video game live streaming platform.

“That question is something we literally ask ourselves to make sure we’re staying on track. The best way I can put it is, we are really focused on bringing everything together. We want to make sure we have all the content available,” said Wyatt. “We have 360-degree content already available, we have mobile gaming content that’s pretty compelling; you can find all kinds of Clash of Clans content and it’s one of our top consumed games… I think what differentiates us from any platform out there is we genuinely are a one stop shop for all gaming content.”