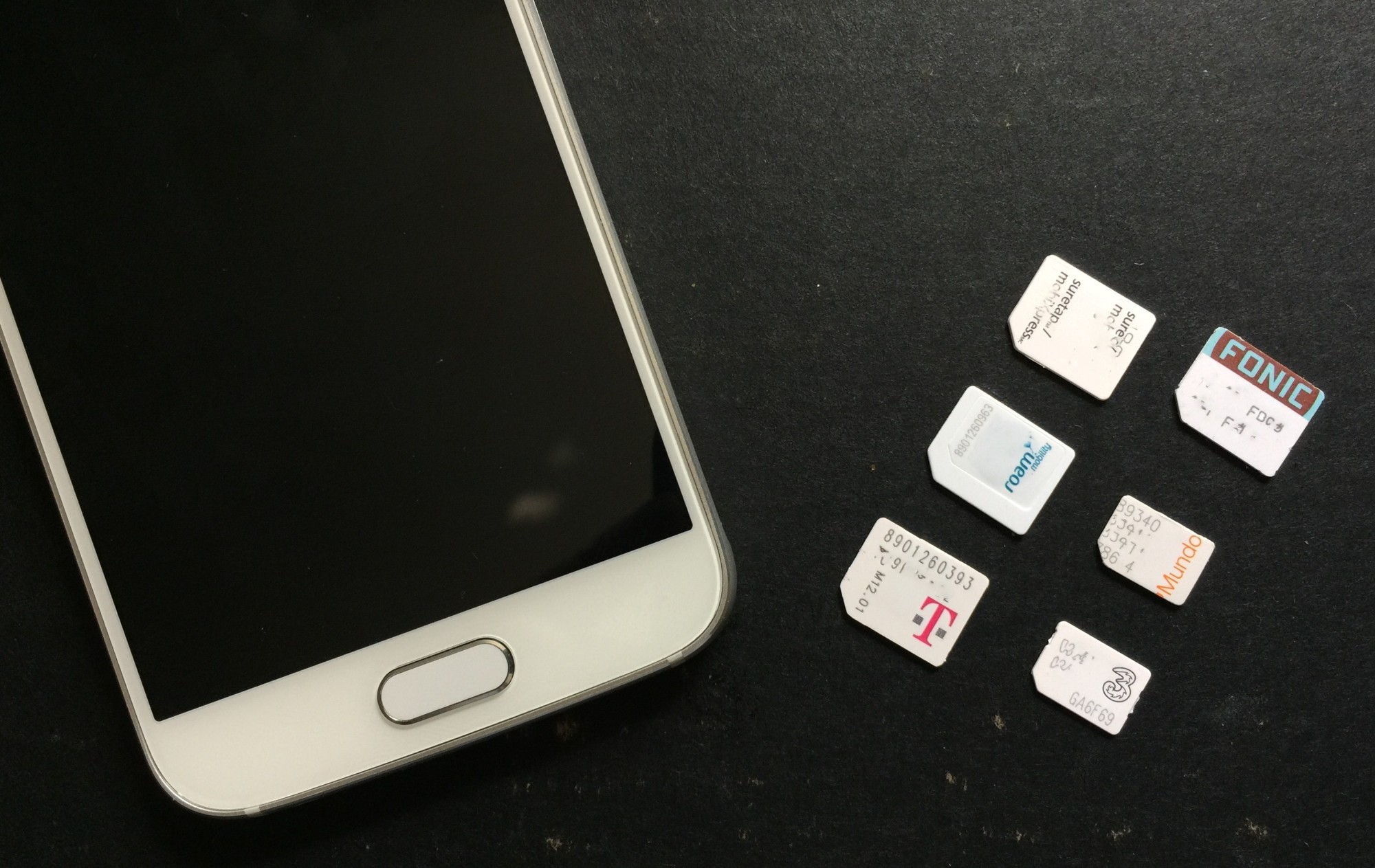 It’s coming up on Canada Day, which for many Canadians means a trip to the States, Mexico, Europe or elsewhere.

Here at MobileSyrup, we’re always looking for the best ways to save a buck on our roaming bills while traveling, but more importantly, think it’s important to know the best options.

Roaming is the simple act of obtaining cellular service from a carrier that isn’t your own. In this guide, we’ll be talking mainly about international roaming – that is, roaming on networks outside one’s home country – but there are cases of domestic roaming, too, which we’ll deal with in a later guide.

For a quick summary, our friends at KnowRoaming have provided a nice overview.* We’ll be updating this post as often as new plans and services are released. 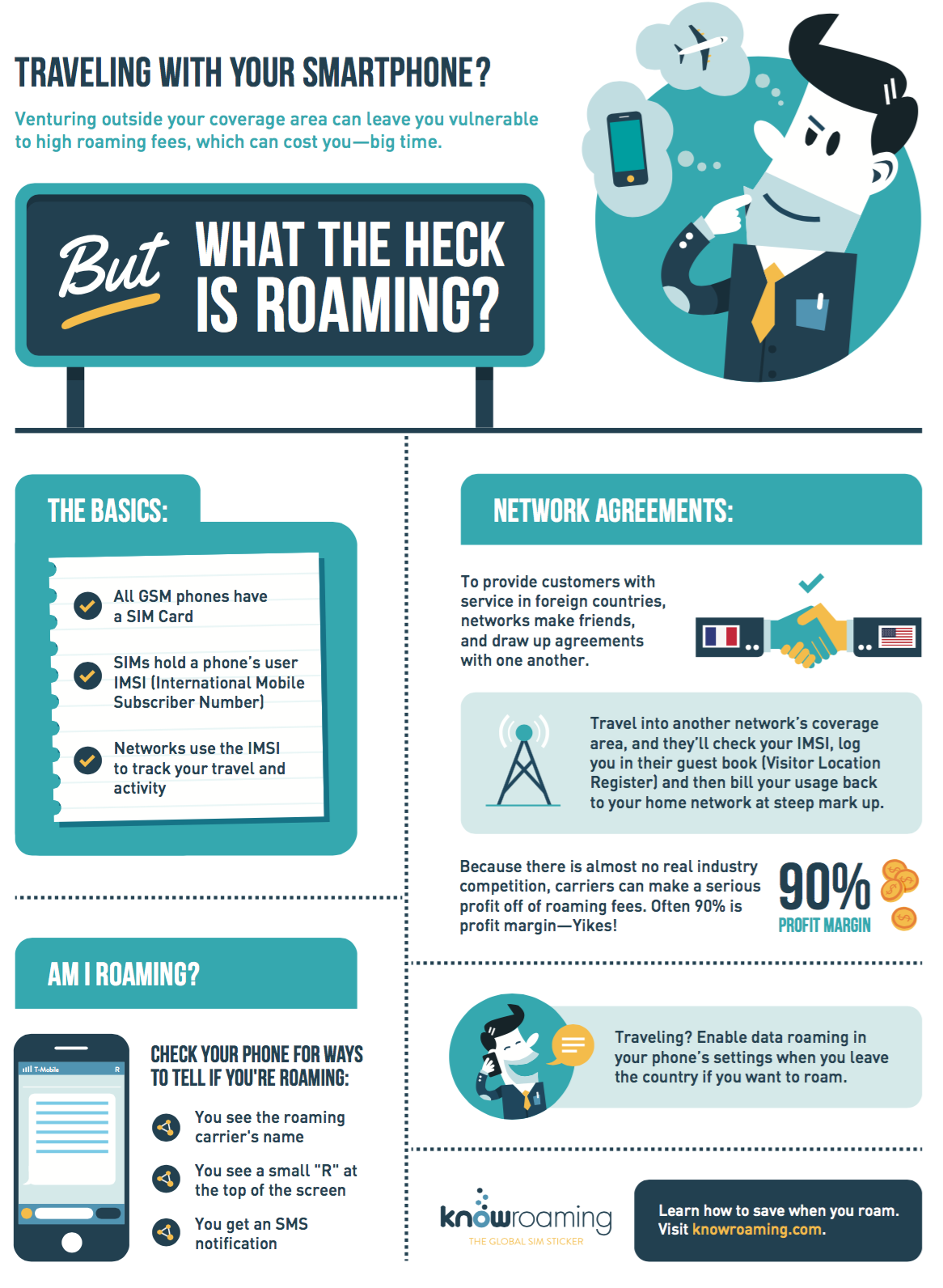 The rise of unlocked phones, which allows you to swap out your home SIM card for a local one (or use something like KnowRoaming) has changed the way Canadians approach international roaming. In this guide, we’ll explore both options.

Note that while thanks to the Wireless Code of Conduct carriers are obligated to unlock phones, these costs can run as high as $50 per device, and your smartphone will either need to be fully paid off beforehand, or be 90 days into a contract. Ask your carrier if it is possible to unlock your smartphone before purchasing a local SIM card.

Bell claims to “make it easy to travel in over 200 countries around the world.” Pay-per-use rates are $1.45/minute for voice, $0.75 per outgoing text and $6 for every megabyte. Travel add-ons for the U.S., in particular, are $20 for 200MB of data good for 30 days, or $50 for 1GB of data over 30 days. A $30 voice and text messaging bundle includes 1,000 anytime minutes ($0.20 per additional minute) and unlimited texting over a 30-day span. All of these plans activate once you start using your phone in the U.S. Bell also says the talk and text bundle is “available for a limited time only.” Bell’s roaming service is the U.S. supports LTE.

What Bell considers “Zone 1” is quite extensive, covering most of Europe (along with Israel), Mexico and the Caribbean, parts of East Asia and Australia and New Zealand. Prices are harmonized between these countries, meaning travellers would essentially be using the same bundle if on a multi-country trip across any of those regions. The most expensive item is the $75 data bundle that offers only 300MB for 30 days. The $45 bundle offers 60 voice minutes and 200 outgoing text messages.

If you have a Share Everything Plan and you’re traveling to the United States or one of 35 European countries, then you can take advantage of the company’s recently announced Roam Like Home package. For $5 per day in the United States and $10 per day in Europe, Rogers customers gain access to unlimited calling, unlimited texting and their data bucket while overseas. Moreover, the company stops charging for each package after 10 days, so the most you’ll pay in roaming charges is either $50 or $100 in the U.S. or Europe, respectively. Those not on Share Everything plans pay a standard $7.99/50MB daily tariff for data, and can purchase voice and text bundles starting at $20 for 25 talk minutes and 100 texts. Rogers’ roaming service is the U.S. supports LTE.

Telus has a number of different roaming packages divided into regions like “USA, “Europe,” “East Asia,” and more.

The U.S. roaming packages break down into passes that last 3 days, 10 days, and 30 days. For shorter trips between 4 and 10 days, the best deal is the 10 day/$50 package that offers unlimited minutes to the US and Canada, unlimited texts, and 300MB of data. For longer trips up to 30 days, an $80 package ups the data to 1GB.

Travellers to Europe may want to look at the $50 pass, which is valid for 30 days and provides 50 minutes of talk anywhere in Europe or to Canada, 150 text messages and 150MB of data.

For Wind Mobile customers traveling to the United States, the company offers its Unlimited US Roaming Add-On. A flat $15 a month grants customers unlimited data, text and 2400 minutes of talk time when making or receiving a call from within the United States or Canada. The company’s $50/month plan also adds Unlimited US Roaming to its existing unlimited call, text and Canadian data service. Note that under the company’s Terms & Conditions, users will be throttled to 256kbps after using 1GB of roaming data within a billing cycle.

Outside of the United States, the company has its World Traveler Add-On. For $8 a month, customers can make calls, send text messages and use their data plan at a reduced rate while traveling in more than 50 countries. With this plan, calls cost 20 cents a minute, whereas texts are 15 cents per message and data is $1 per megabyte. To put one of those numbers in perspective, making a call to Canada from somewhere in Asia costs $4 per minute without the plan.

A full list of the countries where this package can be taken advantage of is located here.

Videotron doesn’t offer roaming plan per se, but it does have a unique all-inclusive Canada and United States plan. For $74.95 per month, Videotron customers that are subscribed to this plan get unlimited calling and texting in the United States and Canada, as well as 1GB of data, call display and voicemail.

Finally, the company promises to block Internet access from your device once roaming charges get to $100.

MTS, which offers service in Manitoba, features a number of adds-ons for U.S. and international roaming.

SaskTel doesn’t do roaming data bundles, instead focusing on roaming discounts. For instance, spending $10/month lowers U.S. roaming rates to $1/MB, while spending $25/mo lowers it to $0.50/MB and $50/mo lowers it to $0.10/MB. A little confusing, but a pretty good deal for heavy travellers.

For international roaming, SaskTel offers a single $25/month deal that reduces international data to $10/MB. International text plans can also be added on a monthly basis.

Vancouver-based Roam Mobility primarily focuses on the U.S., and its “USA Daily Plans” amount to $3.95 per day for unlimited talk, text and data. Each day’s service offers 400MB of LTE data, after which time users are throttled to 2G speeds, but buying in bulk – say, $27.65 for 2.8GB of data – opens up that allotment for use at any time. Users can spread out their purchase across all of their travel, or use it all at once. The plan does include calls back to Canada, plus MMS, voicemail and caller ID.

The plan is designed for shorter stays, wherein the daily price stays at $3.95 up to the first 14 days, and then goes to $1 per day up to a maximum of 60 days. Doing the math on the site, a 60-day order would cost $101.30. If 400MB isn’t enough, Roam offers “Bolt-ons” in 300MB, 500MB and 1GB allotments for an extra fee. The cost of a Roam SIM card is $10, but if you already have one, you can just top that one up. The company also offers plans for U.S. snowbirds and data-only plans, too, though the latter isn’t priced competitively.

For those travelling to Mexico, Roam offers weekly plans at $25, $50 or $75 that each include some talk, text and data. The only services that are unlimited are incoming texts and long-distance calls to Canada, U.S. and within Mexico. No need to buy a different SIM, as the same one can be used for both Mexico and the U.S.

Karma isn’t as widely known in Canada, but it’s an MVNO that only offers data, not talk and text in the U.S. It’s a small hotspot device that costs $149 (U.S.) and includes 1GB of data that never expires. Each additional gigabytes costs $14. To spur adoption and add incentive, each person that connects to your Karma and signs up for an account gets 25MB to use for free, while you get an extra 100MB. Up to eight devices can connect to it at one time, so you can top up a fair bit in a place where no other Wi-Fi option is available.

The latest model uses LTE from Sprint’s 4G LTE network with a fallback to 3G in coverage areas across the 300 American cities supported that don’t have the faster connection. The device is small enough to fit in any pocket and is easy to use. Without talk and text included, you would have to use iMessage, Hangouts, WhatsApp, BBM to message, and Skype, FaceTime, Viber and others to make calls.

One of the benefits of traveling is getting to sample a whole lot of local cuisines. Similarly, when traveling it’s possible to sample a whole bunch of different cellular networks by buying a local SIM card. Of course, there are potential pitfalls to that: some countries require private information, such as a passport or social security number, you may not want to share. Then there’s the potential language barrier, which may make it difficult to find the right service plan.

Overcoming these issues can and often do lead to better overall experiences – most parts of Europe, Southeast Asia and South America are well-outfitted with low-cost prepaid providers or MVNOs – but, of course, require an unlocked smartphone.

KnowRoaming is an alternative to buying a local SIM card in a foreign country. The product is essentially a sticker that attaches via a slick applicator to one’s existing SIM card. Though it requires an unlocked phone, KnowRoaming does all the work of sourcing the best local networks in each country, and has good prices on unlimited data packages in 200 countries. While it hasn’t reached deals for LTE service in the U.S. (though it is supposed to be coming shortly), the company offers a standard $7.99USD package for unlimited 3G data in countries like the U.S., Mexico, most of Europe and some countries in Asia.

A slick app for iOS and Android ties the whole thing together, too, making it easy to switch between Home and Away SIM cards, enable extra features like discounted long distance calling while at home, and more.

Did we miss something? Think you’ve found something better? Let us know below. This is a living document and will be continually updated.

*Disclosure: KnowRoaming are our friends in name only, and did not contribute to the editorial content of this roaming guide.

Igor Bonifacic and Ted Kritsonis contributed to this guide.