A number of weeks ago, we reported that Rogers and other Canadian carriers signed agreements that would see Extended Coverage in places national carriers couldn’t reach. The idea was to offer a soft handoff between carrier partners in areas that usually have poor service.

According to an internal doc we received, Extended Coverage will officially go live on March 4th. “Domestic roaming dramatically improves coverage coast-to-coast by opening up key regions,” the document states. To enable Extended Coverage, which when connected will show up on your device as “Rogers – EXT,” you’ll have to turn roaming on your phone and use your plan exactly as you normally would anywhere in the country.

According to the document, over 50% of your monthly usage has to be on the Rogers network. Usage is determined as combined voice, text and data. If after three months, your usage exceeds 50% while roaming on a partner network, the terms state that a user will be blocked from further usage.

Below is a map that will go live next week, showing the new extended coverage areas. 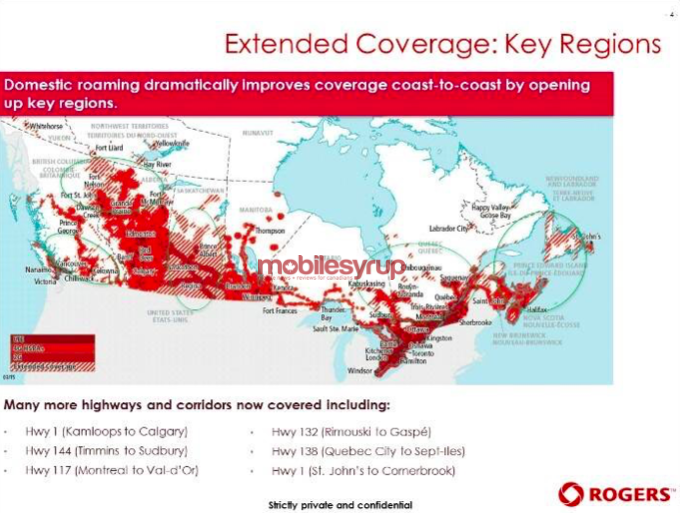