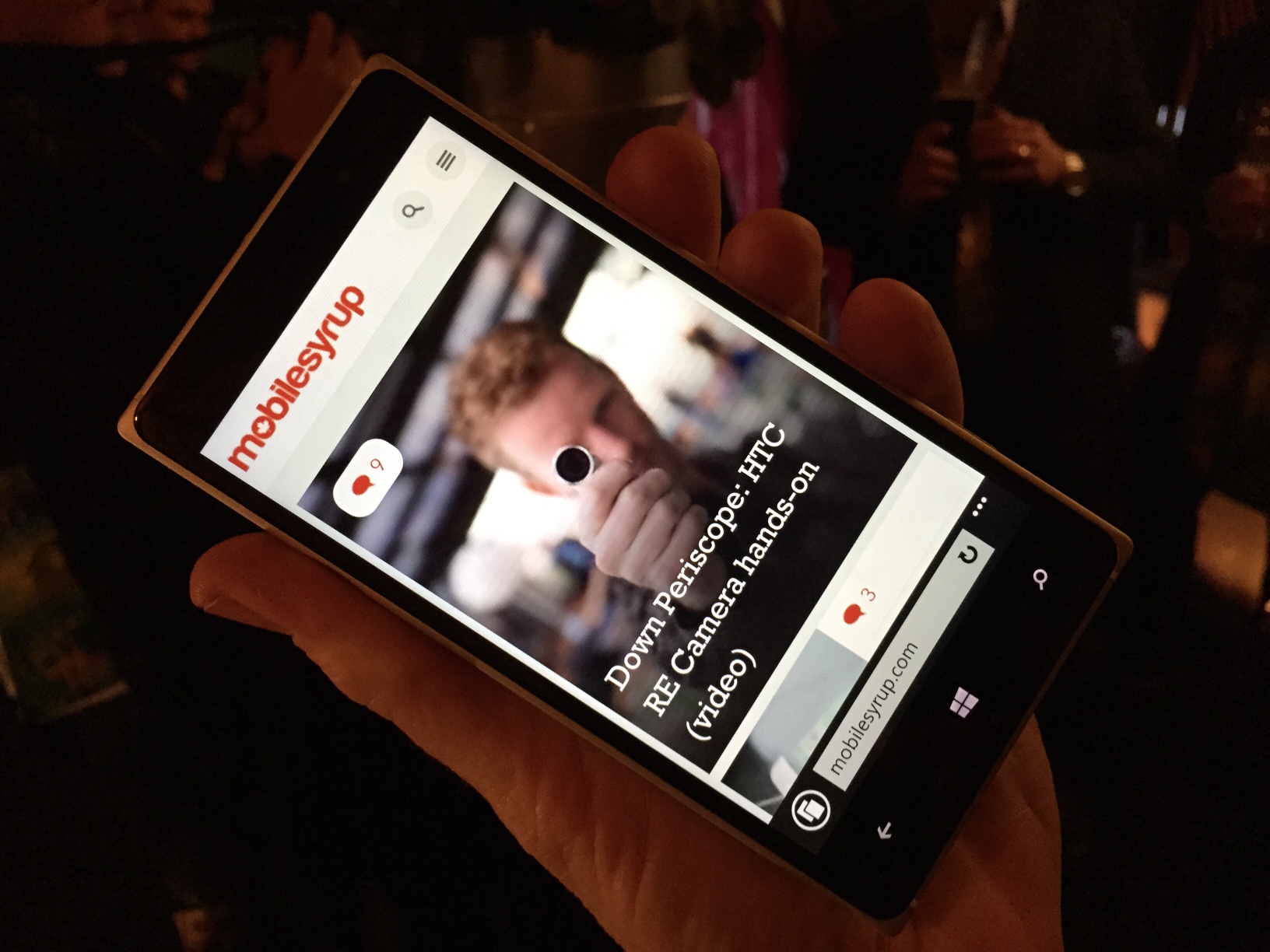 Microsoft’s Lumia 830 is headed to Rogers, Bell, TELUS, SaskTel and Fido soon. Though it doesn’t launch until next week, Microsoft offered us a quick peek at the device so we could get a sense of what Windows Phone fans can expect when this phone lands.

The first thing we should mention about the Lumia 830 is that though the phone was announced early in September, the unit we played with was apparently not a final production model. Microsoft noted that while the software (Windows Phone 8.1) was final, the hardware was not. As such, we were told to expect some bumps in the experience. 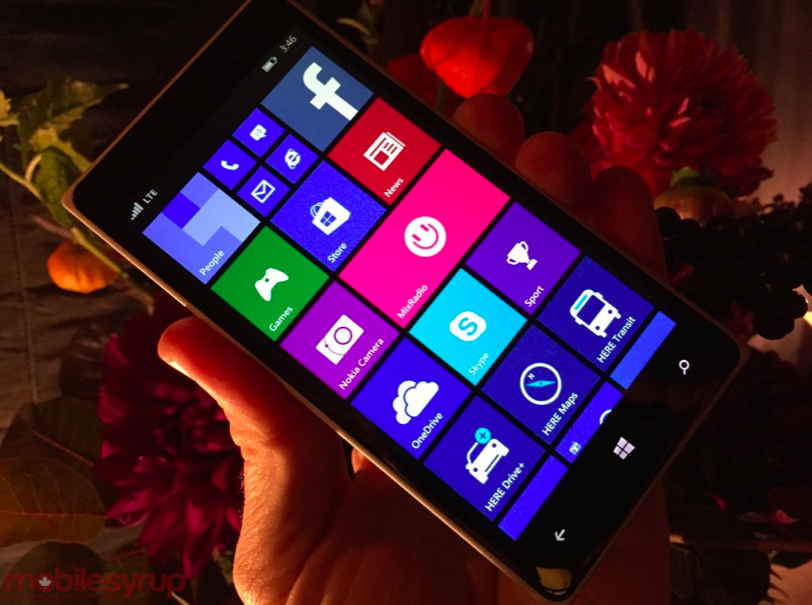 The company specifically noted, for example, that we might have difficulty getting the rear snap cover back into place, which was a huge understatement. This was, without a doubt, the most difficulty I’ve ever encountered in swapping out a cover or replacing a rear cover after a battery pull.

Not only did the cover’s tabs not want to snap into place, but the level of force required was nothing short of cringe-worthy. We can’t wait to get our hands on final production hardware to see what’s changed in this regard. 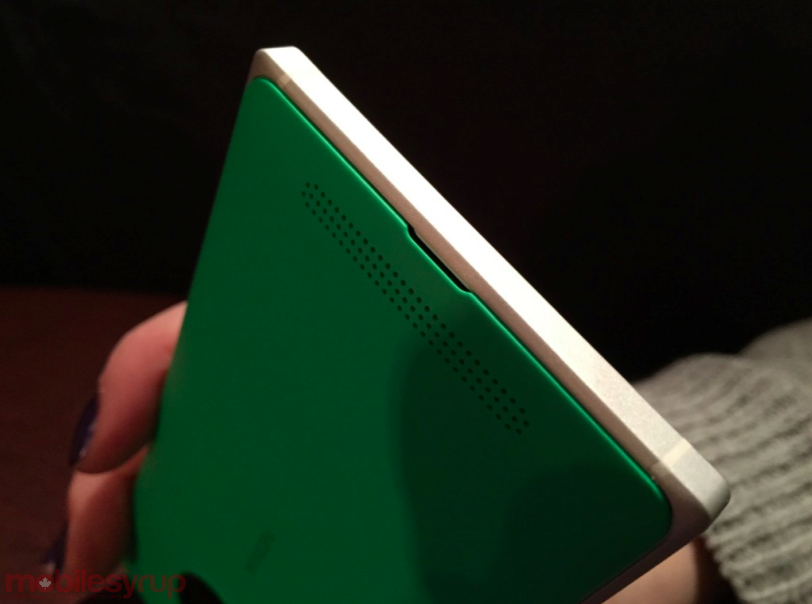 That small detail aside, our experience with the Lumia 830 hardware was thoroughly pleasant. As we mentioned on last week’s episode of SyrupCast, the Lumia 830’s design is the most exciting thing about the device, and that remains to be true. This is the most beautiful Lumia device I’ve ever seen.

Microsoft has ditched the unibody plastic and finally incorporated some metal into Lumia 800 line (as reader Philosoraptor points out, several Lumia 900 series devices have had metal framing, however, none are available in Canada). The aluminum frame is a brushed silver that offsets the splash of colour on the back, while the black version of the phone has a gunmetal grey frame that fits better with the device’s overall aesthetic. 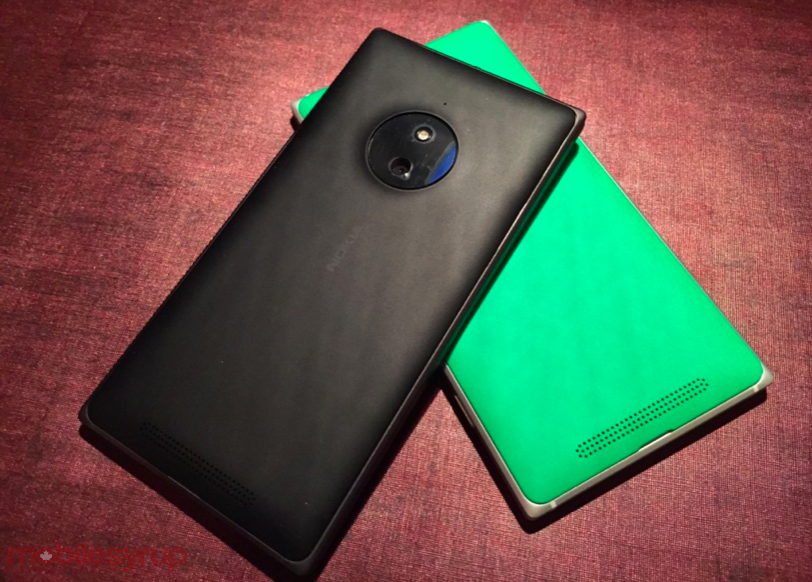 Polycarbonate deprecators, check your celebratory cries at the door. That brightly coloured soft-touch plastic is still present in the form of the previously mentioned interchangeable back covers. The device is available in green, orange, white, and black thanks to these swappable plates.

The edges of the snap covers are slightly rounded, which doesn’t quite gel with the sharper metal corners, but the effect it produces is actually quiet pleasing to look at. It also matches quite nicely with the front of the device, where you’ll see the curved corners of the the display create a similar round-on-square effect. There’s also an almost seamless transition from display to frame. In fact, we were hard pressed to feel any difference when running a thumb over the separation between the display and the frame. 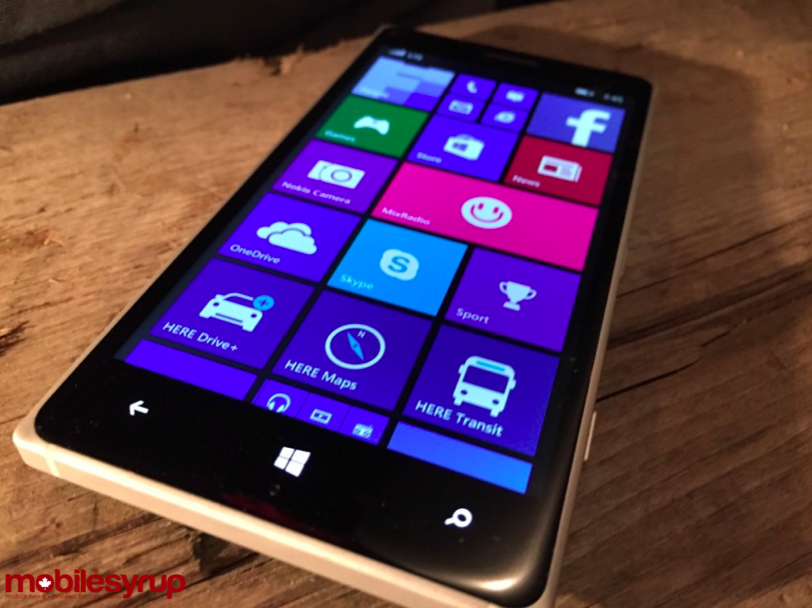 Microsoft is pitching this as an affordable flagship, and it certainly feels like one. But any resemblance to a flagship comes to a halt when you take a look at the specs. The Lumia 830 runs on a Qualcomm Snapdragon 400 that’s clocked to 1.2 GHz. It’s got 1 GB of RAM and 16 GB of internal storage (though it also supports 128 GB via microSD).

It’s got a 720p display and a 2,200 mAh removable battery. Of course, it’s hard to get an idea of a phone’s performance without spending a week or so with the device, but we didn’t encounter any problems in the short time we spent with the Lumia 830. Windows Phone 8.1 was smooth and we’re excited to try Cortana, as it’s making its Canadian debut. 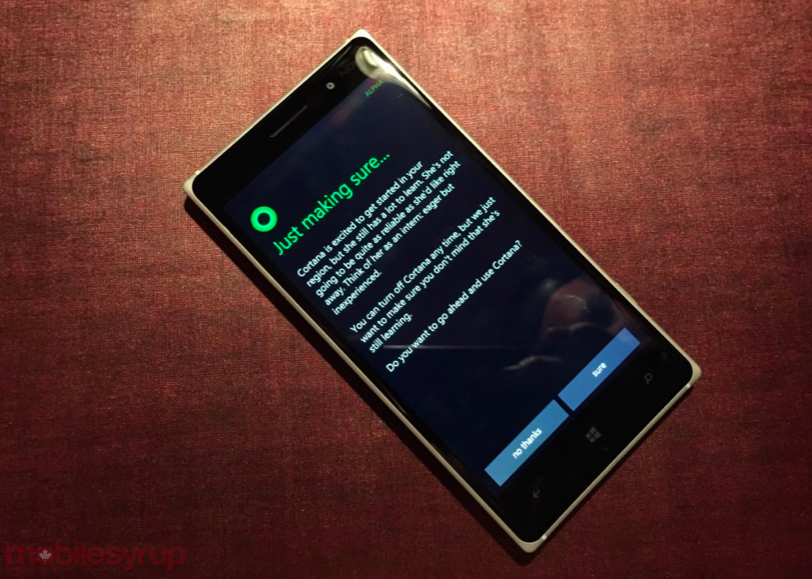 Design aside, the other major draw for the Lumia 830 is its 10MP camera, which uses Carl Zeiss optics, OIS, and Nokia’s PureView technology. Microsoft’s event was in quite a dark setting, a brave move considering these events usually try to offer optimal lighting in order to give the best impression possible when it comes to camera capabilities.

Even so, the Lumia 830 performed admirably in the very dim light. That said, when you have just one environment in which to test the camera (borderline romantic levels), it’s hard to assess the camera’s abilities in other situations. Again, we find ourselves excited to spend more time with the Lumia 830 so we can properly assess it. 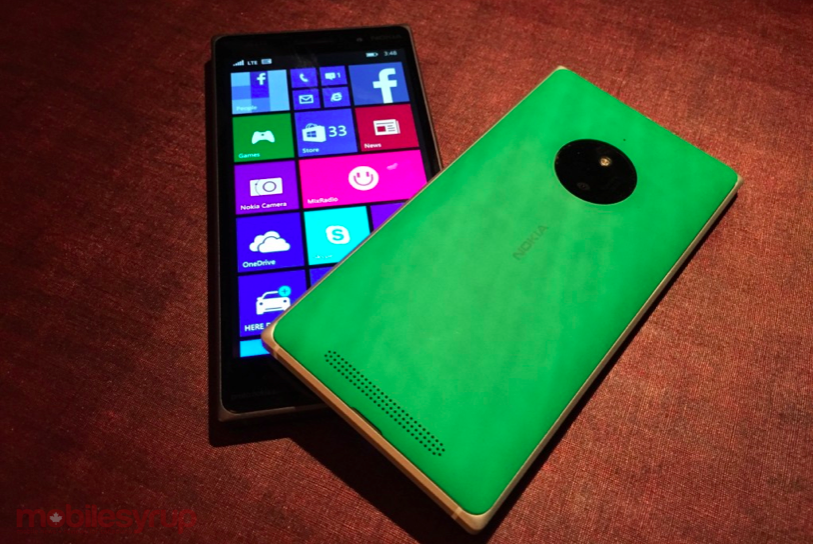 The Lumia 830 will arrive on Rogers, Bell, TELUS, SaskTel and Fido later this month. Rogers will have the device for $400 outright, while Bell plans to charge $449.95. Pricing for TELUS is not yet available.