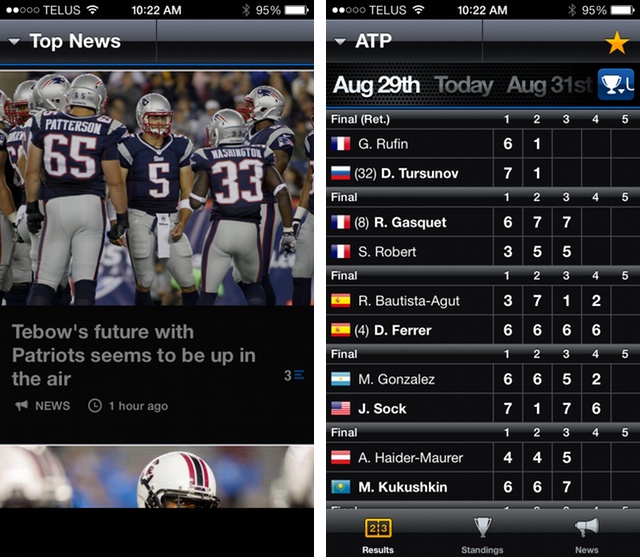 theScore has been making a run at the proverbial app end zone lately, iterating on its promise to be the best mobile sports portal in the business.

Its latest update for iOS builds on the team’s growing mobile-focused news team, which now sits at 35 people, and integrates “quick bite” news updates that build on the original story.

According to a press release, the newly-added news section is “powered by an in-house, custom-designed Content Management System (CMS) that allows writers and editors to deliver mobile news to the user quicker than ever.”

These updates are features in two new categories, Top News and Hot Games, which sit atop the traditional hierarchy of per-league sports scores and player information.

The update also added NFL and MLB player alerts, building on the previously-available NHL and NBA notifications. These can be configured for specific players on any league team; a Star has been added to each screen for team, league or game-specific alerts, too.

Finally, the app is capable of comparing two players’ stats, something that fantasy fans are going to be thrilled about.

The Android version of theScore will add these features in the coming months.