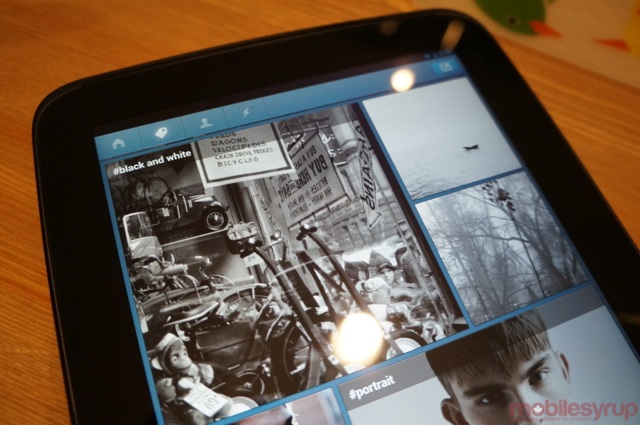 Tumblr has updated its Android app to support tablets, and has given its interface a nice spit-shine as well.

The app resembles its phone version — it is, in fact, just slightly blown up — but does not support viewing the stream in landscape mode. This makes sense, as Tumblr’s content tends to be optimized for long and narrow screens, but using the app on the Nexus 10 is a bit comical. It would be more accurate to say that the Android version of Tumblr has been optimized for 7-inch tablets like the Nexus 7, on which it works wonderfully.

Nevertheless, the app is a fantastic alternative to the text-heavy stream of Twitter, and as the social network grows in size and popularity some of the internet’s best content creators are using it to push out image-heavy content quickly.