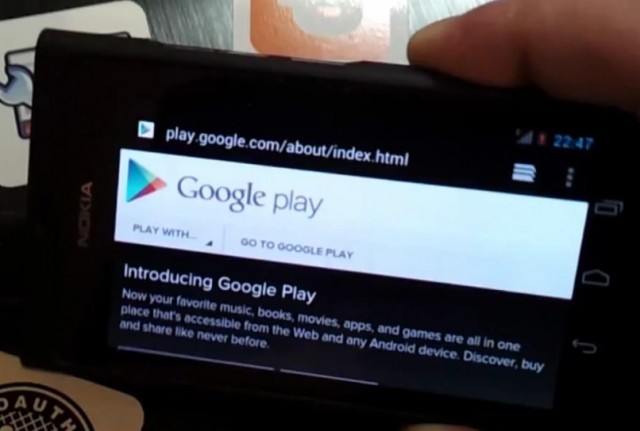 The Nokia N9 traditionally runs MeeGo, but that hasn’t stopped intrepid developers from hacking on another variation of Linux — Android 4.0.3 Ice Cream Sandwich.

In particular, a group called NITDroid has released the first build of Project Mayhem, an ICS port for the beautiful, and fairly powerful, Nokia handset. This is the same device that the Lumia 800 and 900 were modeled after, and in many ways this is the superior phone.

Most things are working in this initial build, with some caveats: some of the sensors, and the accelerometer, are not quite functioning, but overall it seems quite usable. More importantly, 3D acceleration, and the phone’s cellular functionality are in tact, so you can make called and play Angry Birds.

Check after the break for a demo video of the N9 running Ice Cream Sandwich. Pretty delicious if you ask me!