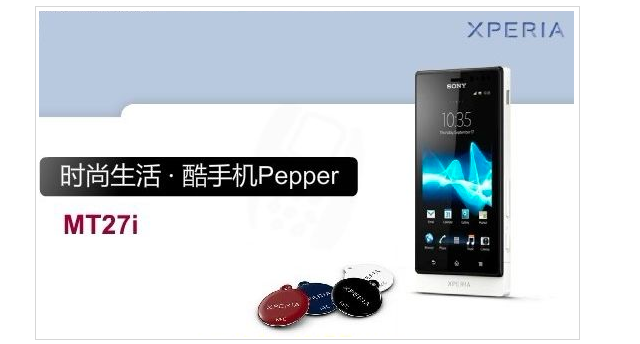 Last month, along with the now-announced Xperia P and Xperia U, Sony was expected to announce a fourth addition to the UXP NXT family, the MT27i aka ‘Pepper’. Expected to fit in between the Xperia P and U models, the MT27i looks to sport a 3.7-inch 854×480 MagicWhite display, a 1GHz dual-core ST-Ericsson U8500 NovaThor chipset, 512MB RAM, 8GB internal storage and a 5MP camera. According to an official document shown briefly on Sony China’s website, the device will also support NFC.

Unlike the Xperia P and U, the MT27i won’t have transparent bar which was debuted with the Xperia S. Instead it will sport three standard pre-Ice Cream Sandwich capacitive touch buttons, but won’t have a dedicated search button.

The MT27i was leaked in January, and was originally expected to be announced at CES. We’re not sure what is causing the announcement delay, nor do we know why Sony is insisting on releasing a device that is eerily similar to its existing models.