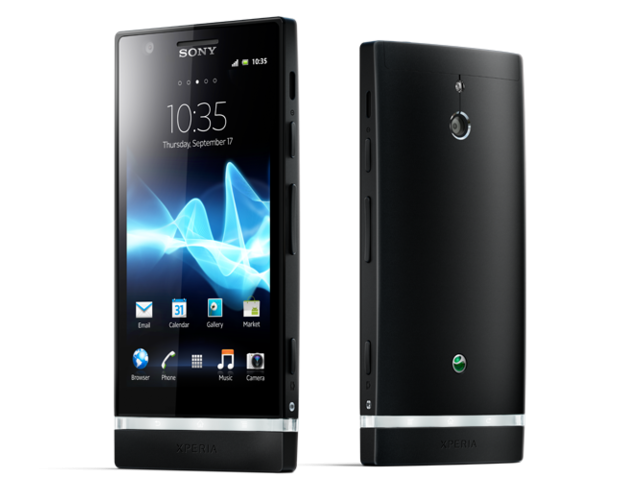 Sony has unveiled a middleman to the Xperia S and Xperia U — the Xperia P. This new handset, announced today at Mobile World Congress, has a 4-inch display with an aluminum unibody design. It’s also the first handset to incorporate Sony’s White Magic screen technology for increased viewability in direct sunlight.

In terms of absolute specs we have a ST-E U8500 NovaThor 1Ghz dual-core processor complete with full NEON instruction set and Mali-400 GPU. While the processor is a slightly lower-powered Cortex A9 chip, akin to the Snapdragon S3, the GPU is the same as the one found in Samsung’s Exynos 4210 which powers the Galaxy S II i9100. This could bode very well for the graphics performance of the mid-range Xperia P.

It also has 1GB RAM, a 960×540 resolution display and an 8MP camera capable of shooting 1080p video. It will come with 16GB internal storage, HDMI output and DLNA support. The Xperia P will also plug into Sony’s new Smart Dock, which connects to a television or monitor through HDMI and provides not only display mirroring but keyboard-and-mouse support for a “full desktop experience.”

And remember Sony’s SmartTags app they launched a couple weeks back? The Xperia P, along with the S and U, will support NFC.

Sony is not giving an exact release date for the Xperia P, but it is saying that it will be upgraded from Android 2.3 to 4.0 in Q2. The handset will be available in silver, black and red, all with an aluminum finish.