The Commissioner for Complaints for Telecommunications (CCTS) has announced their annual report. This is an independent and industry-funded agency that was established back in April of 2007 and has a mandate to resolve complaints regarding telecommunications in Canada.

The numbers in their 2009-2010 report show a total of 3,747 complaints and that the most complaints were about a billing error (44%) or contract dispute (35%). This is the 3rd straight year billing errors have come out on top. Specifically for wireless services led with the most complaints with a whopping 51.7% of the complaints (up 13.6% from last year). The report doesn’t break down each complaint by company but the number of total complaints for each carrier is as follows (included in this is VOIP, Internet, Long Distance): 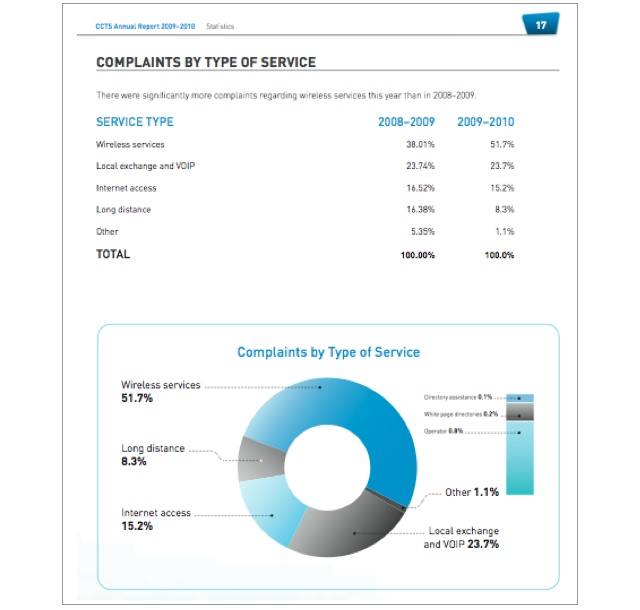