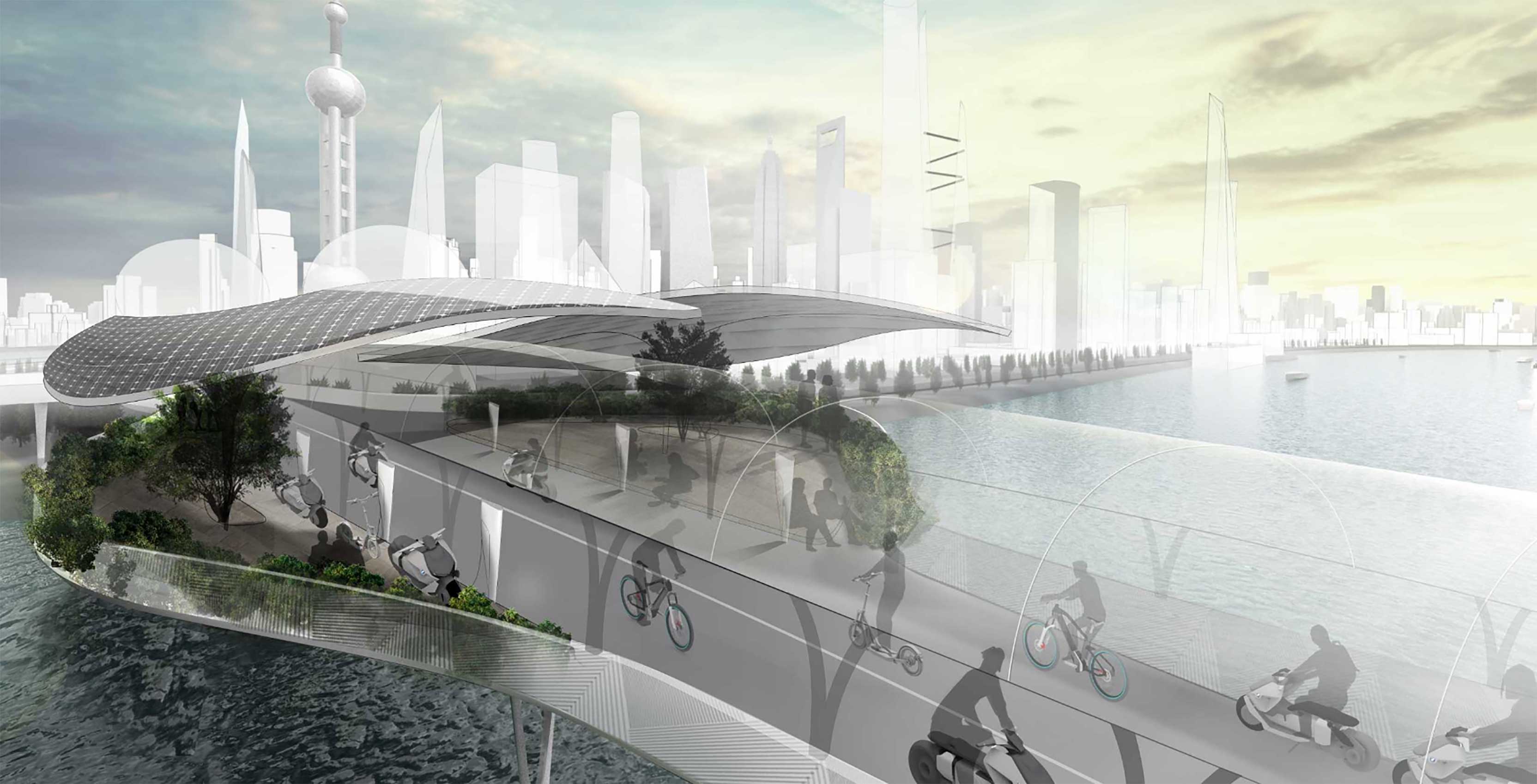 In a partnership with China-based Tongji University, the German automotive manufacturer has proposed ‘Vision E3 Way,’ which implements specially-designed roads for e-bikes that are assisted by AI and other technology.

“Traffic flow is permanently optimised by means of automated video surveillance systems and artificial intelligence as well as through the integration of smart city ecosystems,” writes BMW in the press release. “And the best thing is that its modular design and free scalability make the concept essentially suitable for use in any megacity.”

The hypothetical routes are intended to sit above regular roads and feature covering and a cooling system driven by purified rainwater.

The elevated roads would serve as direct links between key traffic hubs and be managed by an automatic speed limit (BMW suggests 15km) and AI-guided traffic to prevent vehicles from crashing.

Further, BMW envisions a rental system to allow for travellers to pick up bikes at various access points.

The full proposal can be viewed here.