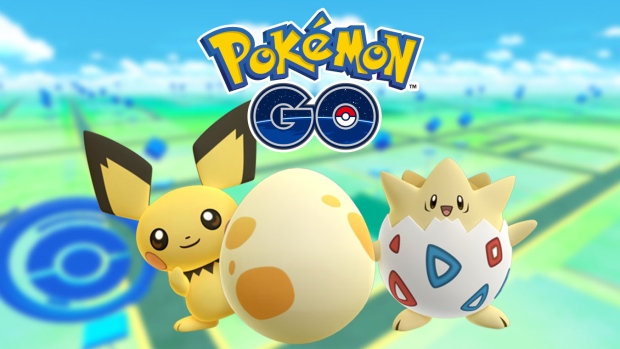 Along with the launch of a special Santa hat clad Pikachu, Niantic has also rolled out a selection of generation 2 Pokémon in Pokémon Go, though the new Pocket Monsters have been confined to “baby” creatures that hatch from eggs, at least so far.

While it was initially believed that only Togepi and Pichu were added to the game, Pokémasters have uncovered a variety of other creatures that stem from eggs.

Currently, the confirmed new Pokémon are Pichu, Togepi, Igglybuff, Cleffa, Elekid, Magby and Smoochum. While some may feel not revealing all the new creatures is a frustrating move by Niantic, it actually also brings a new sense of discovery to the mobile title.

All of these Pokémon can only be caught through hatching eggs, which in some cases requires players to walk as far as real-world kilometres.

New glitch in-game allows you to see the baby Pokémon before catching them. Take a look at Smoochum via /u/Dhieno pic.twitter.com/xsEmtwCbCU

@JoeMerrick (however Cleffa was discovered in a 2km egg) pic.twitter.com/D4M40oLHh0

The first Togepi has been hatched in #PokemonGo via /u/AgentDark pic.twitter.com/3ZXIQzQHN4

Elekid has been caught through a 10KM egg via /u/depthcharge #PokemonGo pic.twitter.com/PifAJLOmsf

Have you run into any second generation Pokémon in Pokémon Go? Let us know in the comment section below.

New Pokémon Snap releases on the Nintendo Switch on April 30