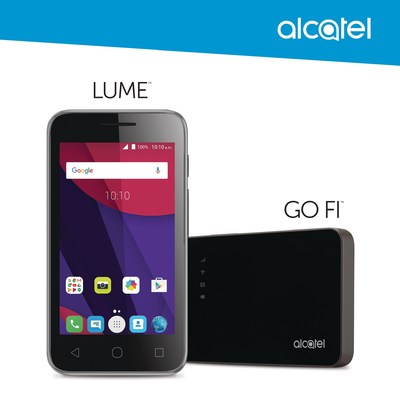 Aside from the fact that it’s a 4-inch device, there’s very little information on the Lume. According to the press release we were sent this morning, the smartphone features a quad-core processor and ships with a number of exclusive Polaroid filters. We’ve reached out to the company to find out more about the smartphone (so stay tuned), but it’s likely the Lume is a low-end device.

Go Fi, on the other hand, is less mysterious. Capable of download speeds of up to 150 Mbps, the Wi-Fi hotspot can support up to different 15 Wi-Fi enabled devices at the same time. The accompanying Alcatel Onetouch Smart Link app, available on both iOS and Android, allows users to manage their connections, track data usage, as well as read and write SMS and a number of other tasks. The unit lasts up to seven hours on a single charge.