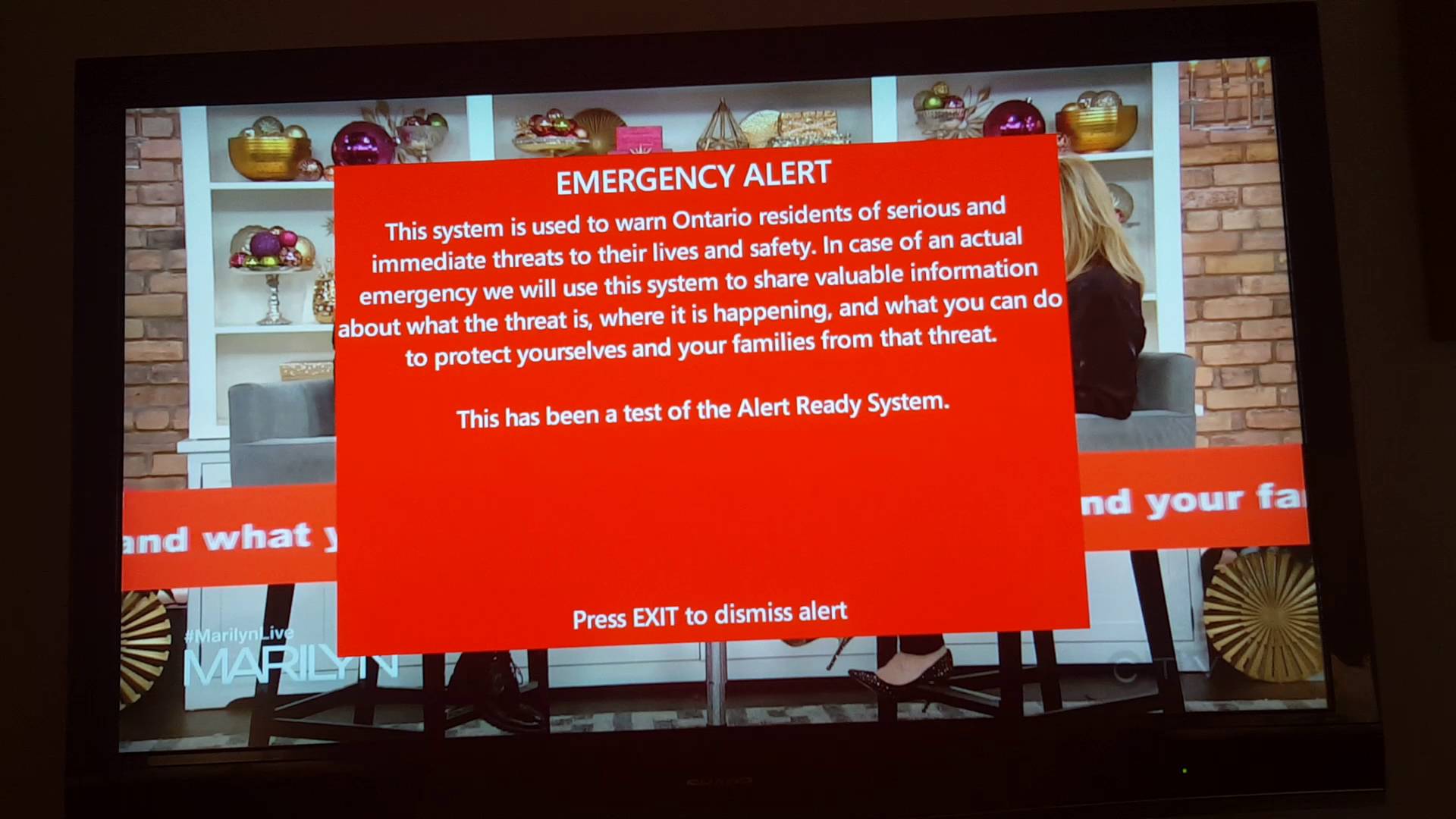 Don’t worry, if you’re seeing a bright red alert on your TV screen, it’s just a test — at least if you’re a Rogers customer in Ontario and New Brunswick.

The telecom has reached out on Twitter to let customers know that at 10:55 EDT in Ontario and 1:55 ADT in New Brunswick, the National Public Alerting System (NPAS) will be testing emergency alerts. That means that viewers will see a large red box take over the screen, like the one shown above, in a slightly alarming way — though it will state that the alert is just a test.

Beginning at 10:55 EDT, the NPAS will be testing Emergency Alerts for Ontario. We apologize for the inconvenience.

NPAS is a multi-channel all-hazards system that runs across all federal, provincial and territorial lines to warn the public of serious imminent or unfolding disasters through channels such as radio, cable television, satellite TV, email and SMS text message.

MobileSyrup has reached out to Bell and Eastlink to confirm whether or not the emergency alert test will also effect their cable offerings.

Rogers raising internet rates for some customers by $3 per month