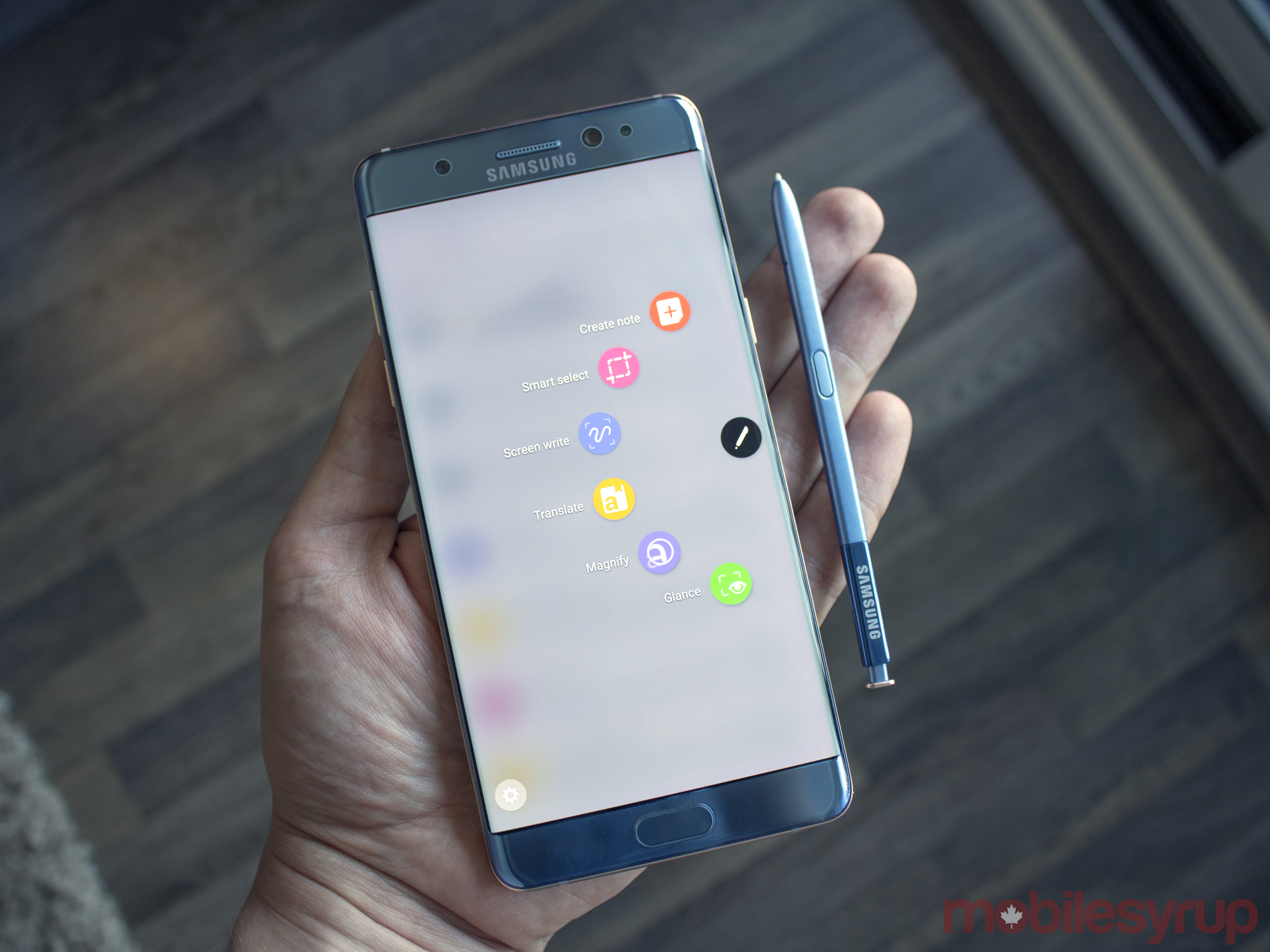 With Samsung slated to start shipping new Note 7 smartphones this week, the company has detailed how users can confirm their Note 7 device is safe to use.

In Canada, consumers can identify if the Note 7 they’re about to purchase is safe by looking at the side of the packaging the phone comes in. If there’s a black square on the sticker with several barcodes, then the phone is one of the new Note 7s that is safe to use.

In the U.S. and other markets, Samsung has updated the software on safe-to-use Note 7s to display a green battery indicator — as opposed to the white one on unsafe Note 7s.

The new battery life indicator, as seen in the screenshot below, can be found in three different places across the smartphone’s operating system: 1) the status bar, 2) the always-on display and 3) the power off prompt screen.

According to statistics released by Health Canada, Samsung sold 21,953 Note 7 units in Canada prior to the September 1st recall.

Update 10/11/16: No Note 7 is considered safe after a number of replacement Note 7 units caught fire in the U.S. Samsung is advising all Note 7 owners to power down their device and return it. Samsung is slowly rolling out details on how that process will work. Find More details here.

Update 09/21/16: Samsung has started rolling out an update to all Note 7 units within Canada. The update will be applied to both models of the company’s latest smartphone.

On new Note 7 units, which do not feature the faulty battery, the update will enable the green power indicator detailed above, allowing users to confirm their smartphone is safe to use. 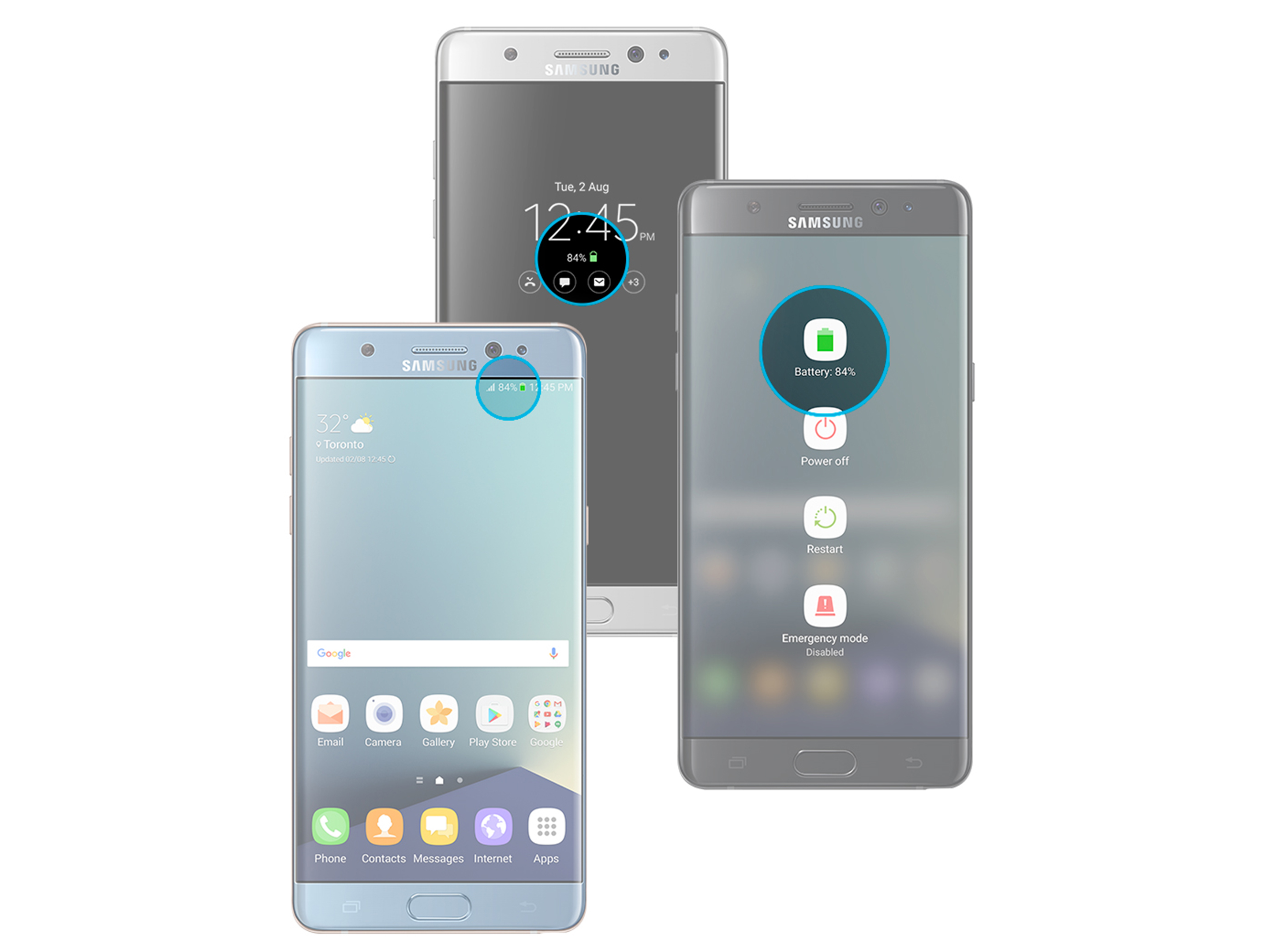 On units which were bought between August 19th and September 1st, and have yet to be returned to Samsung, the update will enable a recurring notification. This notification will be pushed to the user’s Note 7 every three hours, prompting them to return their Note 7 to Samsung.

If no Wi-Fi connection is available, both updates will be delivered via the user’s wireless network at no charge against their monthly data bucket.

To learn more about how the update works, read our interview with Samsung Canada COO Paul Brannen.

Related: Samsung says 70 percent of Canadian Note 7 owners have registered for a replacement