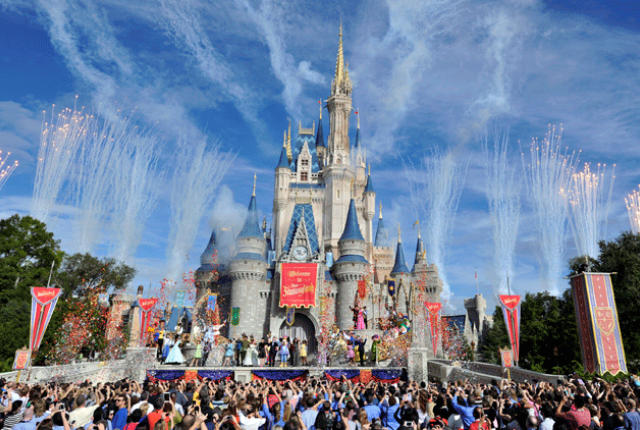 You’re sitting in the a movie theatre, popcorn in hand. You turn off your smartphone, and the room goes dark. At this point, instead of appearing on an oversized movie screen, Captain America appears on the stairs next to you, extends his arm and opens his mouth to speak. He almost looks real as he utters the words, “Hulk, smash.”

That’s the kind of experience Disney is trying to create. While that scenario may be a long way off, Disney has focused incredible efforts into virtual reality as of late.

After announcing just a few weeks ago a partnership with Nokia to create cinematic VR experiences, Disney has released an interactive app for the HTC Vive and Oculus Rift that allows users to enter various Disney worlds and explore the disney parks.

According to a report from The Verge, there are approximately six pieces of content, The Jungle Book, Star Wars: The Force Awakens, and Captain America: Civil War.

While most of the footage is composed of immersive clips, including the 360 degree footage of Civil War’s red carpet premier, the Jungle Book segment includes interactive 3D scenes involving the film’s famed King Louis.

Furthermore, what seems to be the most popular use of the app is the interactive lobby, where users can choose between the three “parks” featured in the app: Disney, Lucas, or Marvel.

This isn’t Disney’s first dive into VR. In April, the entertainment icon entered into a partnership with Nokia, particularly for use of its OZO virtual reality camera which will supposedly give Disney the tools they need to create cinematic virtual reality content.

In a release sent to MobileSyrup about that agreement, the president at Nokia Technologies, Ramzi Haidamus, stated that virtual reality marks a new phase in entertainment.

“Virtual Reality represents a new frontier in storytelling, and we’re thrilled to be bringing this VR technology to the team at Disney. OZO will help Disney bring their film properties to life in new ways through immersive entertainment experiences, and our focus will be on helping them get the most out of VR as they begin to uncover all that it has to offer.”

It’s important to note that Disney Movies VR is the franchise’s first published game since it closed down its development segment, Avalanche Software, last week.

Disney Movies VR users must be running Windows 8 64-bit or later with an Intel i5-4590 processor equivalent or greater. The app takes of up 3 GB of storage space and is currently available for download on Steam.