In 2013, the Société de transport de Montreal (STM), along with Bell, Rogers, Telus and Videotron, announced a collaboration to bring cell service to the city’s extensive subway network. The initiative, priced at around $50 million, was “divided into five phases that should be completed within a period of five to seven years,” the transit authority said at the time. 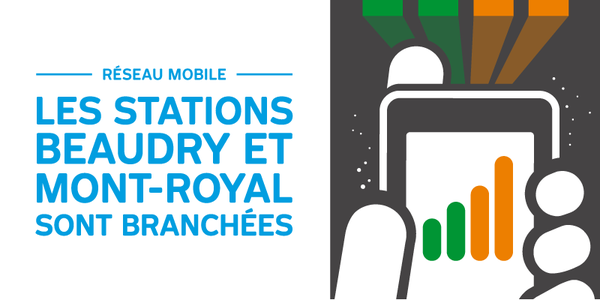 A number of stations have already gone live with 3G and LTE connectivity, including Saint-Laurent, Place-des-Arts, McGill, Peel and Guy-Concordia. Today, the STM stated that the first phase rollout has been completed and underground cell service is now live at Mont-Royal (Orange Line) and Beaudry (Green Line) stations.

Toronto is another Canadian city that has WiFi and cell service in its subway system. The partnership between BAI Canada and the TTC brings WiFi to several platforms, but Wind Mobile was quick to launch cell service and enabled its customers to make calls, send texts, and use data in 15 stations last year.