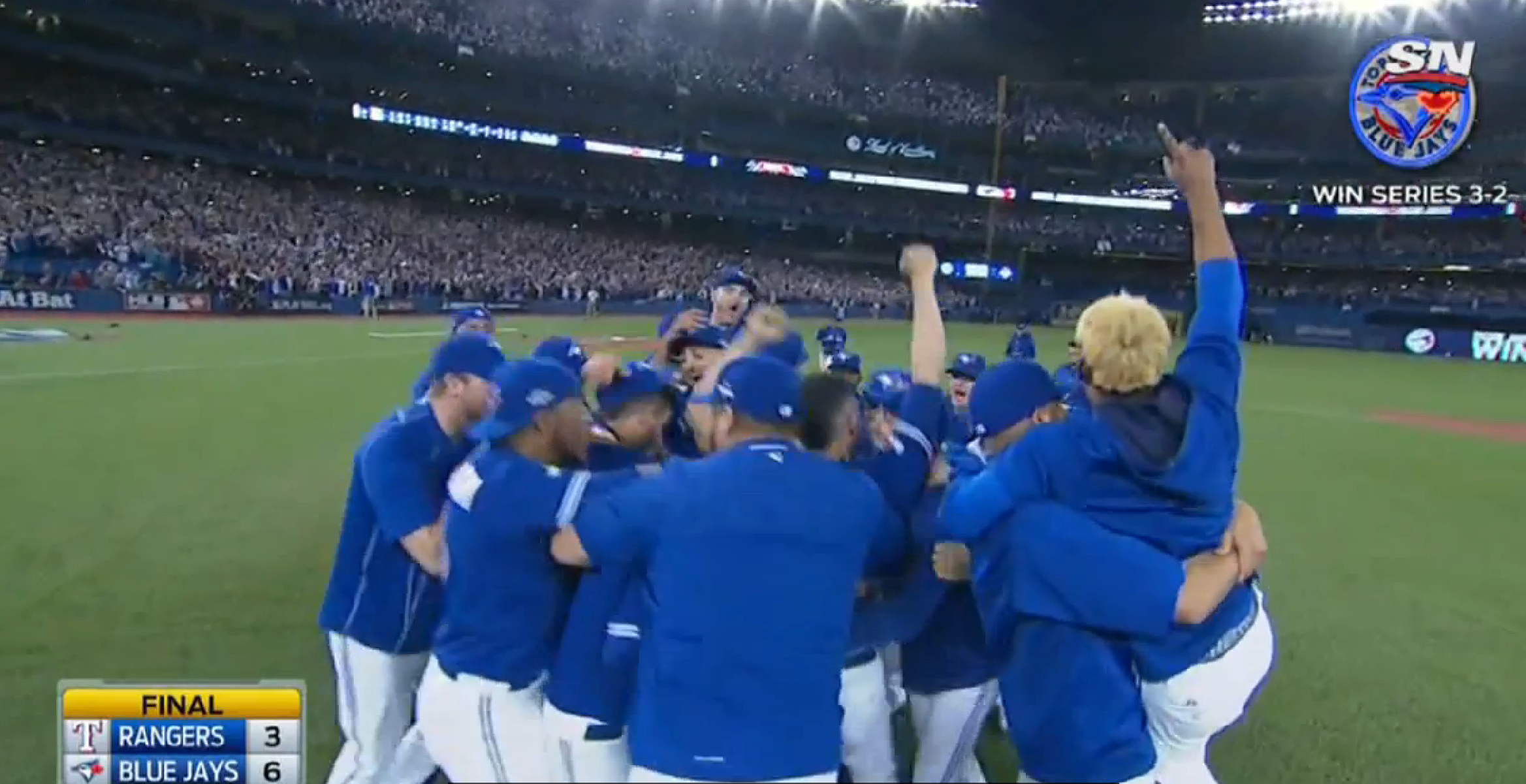 As you well know, the Toronto Blue Jays won the ALDS (American League Division Series) this week with a rousing game of baseball that gave Sportsnet its largest ever television audience.

But hundreds of thousands of Canadians also took to Twitter to protest, cheer, and learn about the country’s only remaining baseball team (so long, Expos) and its diverse group of players.

Twitter Canada provided a number of statistics to MobileSyrup to give context to the kinds of interactions people were looking for during the five-game series.

Of course, Jose Bautista was the most popular player with 3.4 times the number of mentions as the second most popular player, the Bringer of Rain himself, Josh Donaldson, followed by pitcher Marcus Stroman and shortstop Troy “2Lo” Tulowitzki.

The seminal game five alone featured some crazy stats, including 230,000 #ComeTogether mentions and 9,300 Tweets per minute in the moments following Jose Bautista’s seventh inning home run. There were an astonishing 35,000 references to #BatFlip in the minutes following the three-run homer, and will likely be many more in the coming days and weeks.

Twitter also compiled a Moment to commemorate Game 5 of the series, and though Canadians don’t yet have access to Twitter’s newest feature in the company’s official mobile apps, they’re accessible through the web, or when directly linked, as below.