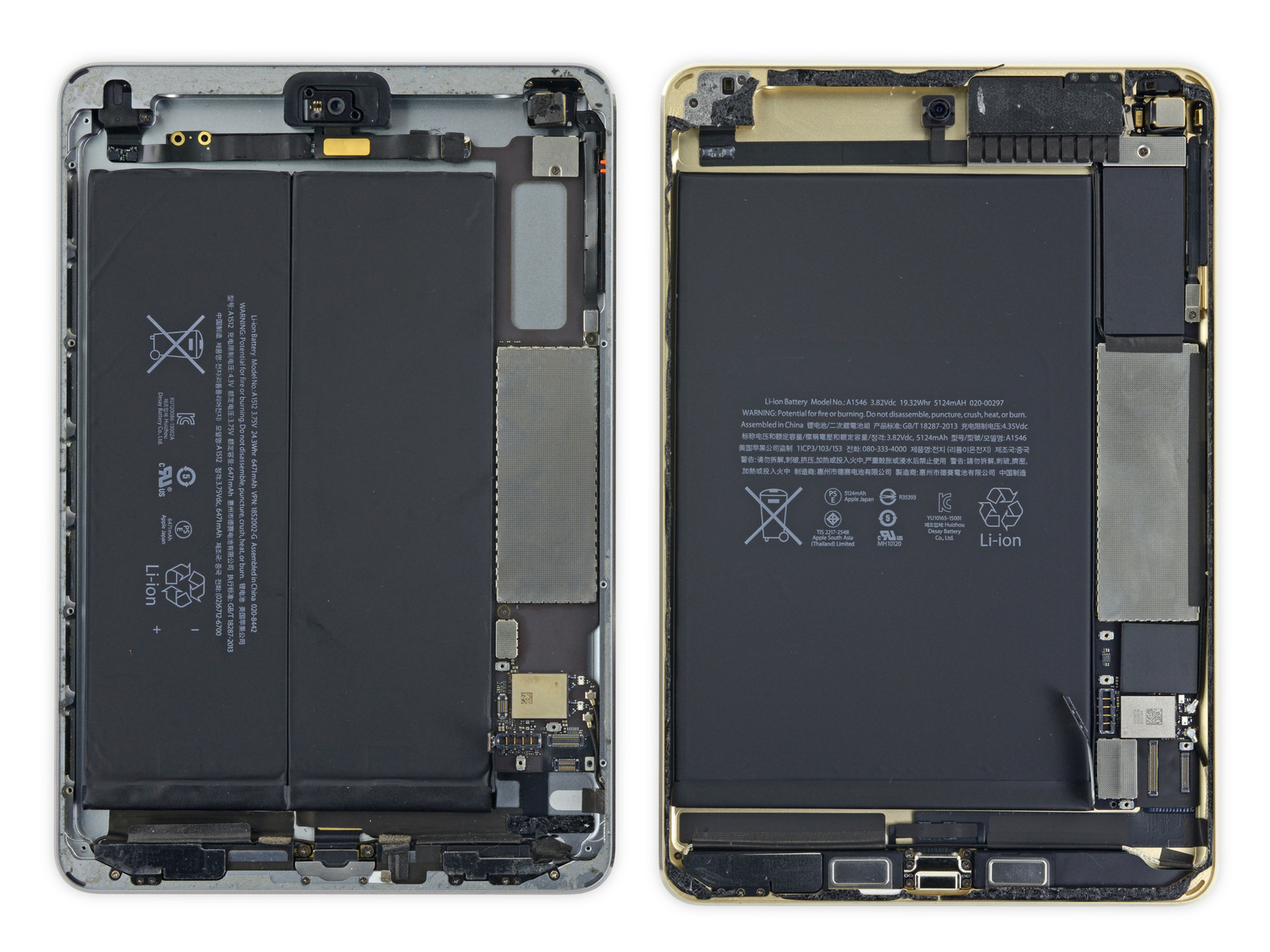 With Apple’s fall hardware event firmly in the rearview mirror, the fine folks at iFixit have set about tearing down all the devices announced during the company’s keynote.

iFixit started with the iPad mini 4, which you might not have seen based on how little time Apple spent talking about it.

The good news is that the iPad mini 4 features 2 GB of RAM and a 1.5GHz A8 processor, both improvements over the iPad mini 3’s 1GB and A7 chip, respectively.

Like the company stated with iPhone 6s and iPhone 6s Plus, which likewise feature smaller batteries than the most recent iPhones, Apple promises battery life will be unchanged.

We plan to do a review of the mini 4, so we’ll see if those claims live up to actual day-to-day use. Also, here’s a link to our iPad mini 3 review.