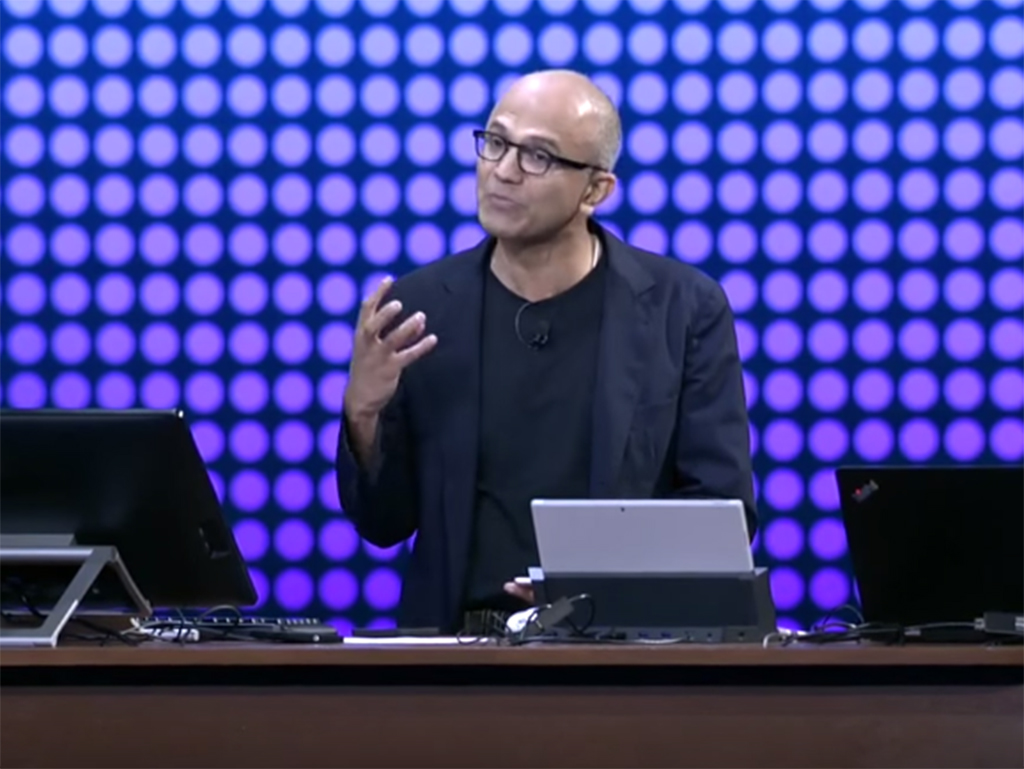 During SalesForce’s Dreamforce keynote on Wednesday, Microsoft CEO Satya Nadella used an iPhone to demonstrate the company’s new Outlook iOS app, taking a slight jab at Apple in the process.

Nadella explained that the iPhone 6 in his hand was in fact an “iPhone Pro” thanks to the Microsoft apps installed on the device, playing off the name of Microsoft’s own tablet product, the Surface 3 Pro, while poking fun at Apple’s upcoming iPad Pro.

“So I want to first start off on this iPhone, and it’s not my phone, but it is an iPhone,” said Nadella during the presentation. “It’s a pretty unique iPhone… I like to call it the iPhone Pro because it’s got all the Microsoft applications on it… it’s pretty amazing.”

In a surprise turn of events last week, Apple invited Microsoft employees onto the stage during its big keynote presentation to talk about the company’s new suite of iOS Office Apps, designed to be compatible with Apple’s new iPad Pro and Apple Pencil.

This is far from the first time Apple has worked with its historic rival though. In fact, back in 1997, Microsoft actually invested $150-million in Apple, breathing new life into the then struggling tech giant. In return, Apple dropped a longstanding lawsuit alleging Microsoft copied the look and feel of Mac OS with its Windows operating system.