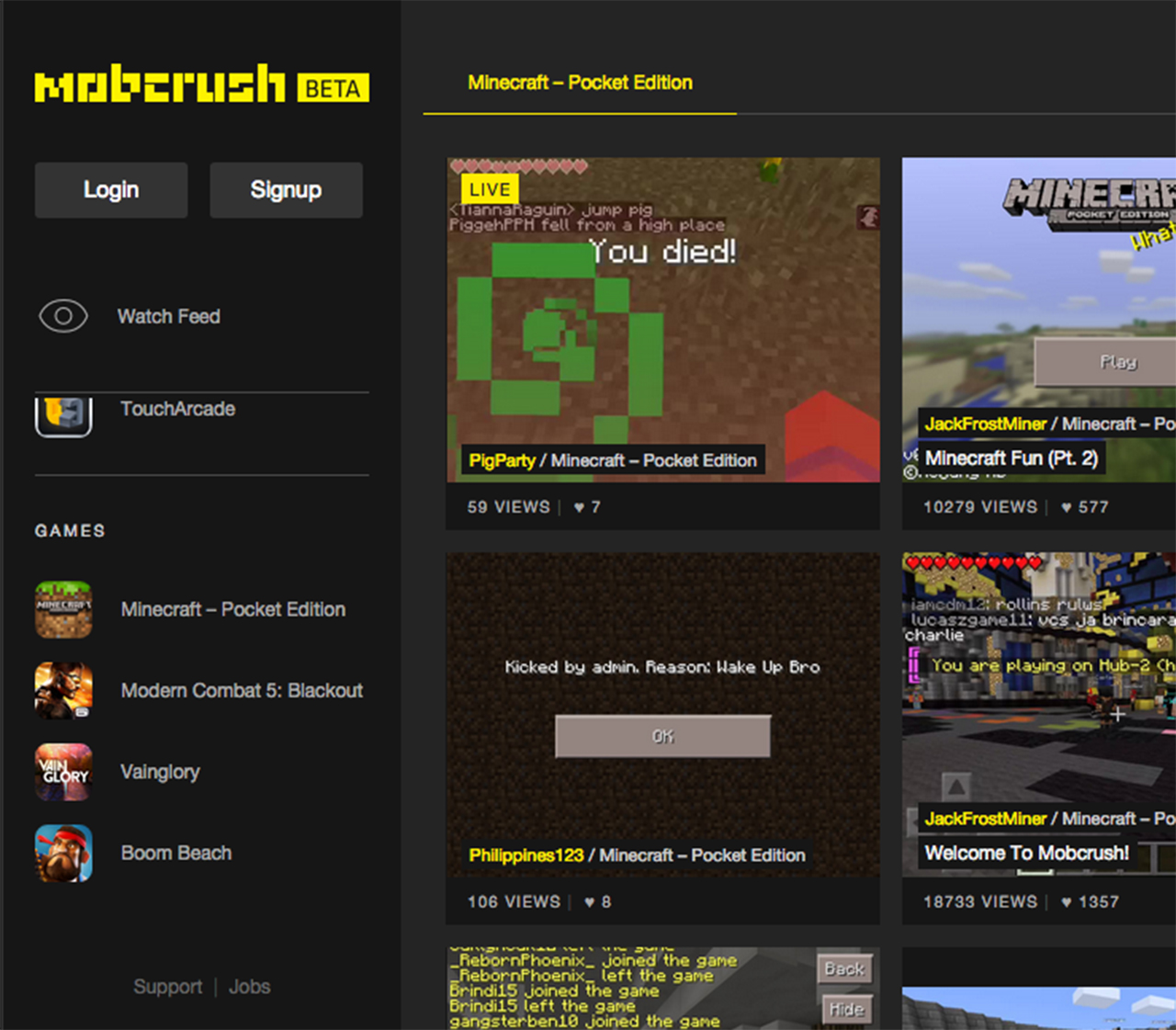 This is an area of the live-streaming phenomenon that doesn’t really exist yet – although it is possible to stream on Twitch and YouTube gaming from a smartphone via additional third-party software – and relatively unknown mobile-game focused live streaming platform Mobcrush wants to capitalize on this glut.

Mobcrush just secured $11-million in series A funding led by investment firm Kleiner Perkins Caufield & Byers. Since there’s nearly a billion mobile gamers out there, Mobcrush sees the industry as an area of growth.

Live streaming video games, whether it’s YouTube personalities, journalists or large competitions like ESL—featuring games such as League of Legends and Heroes of the Storm, with potentially millions of dollars on the line— have become a significant part of the video game world over the last few years.

However, it remains to be seen if streamers playing mobile titles like Angry Birds 2, Alto’s Adventure and other notable mobile titles, will manage to find the audience Mobcrush hopes it will.

Mobcrush claims it had 20,000 simultaneous viewers, watching 1 million minutes of gameplay, during a recent Hearthstone tournament hosted on the platform in Boston.