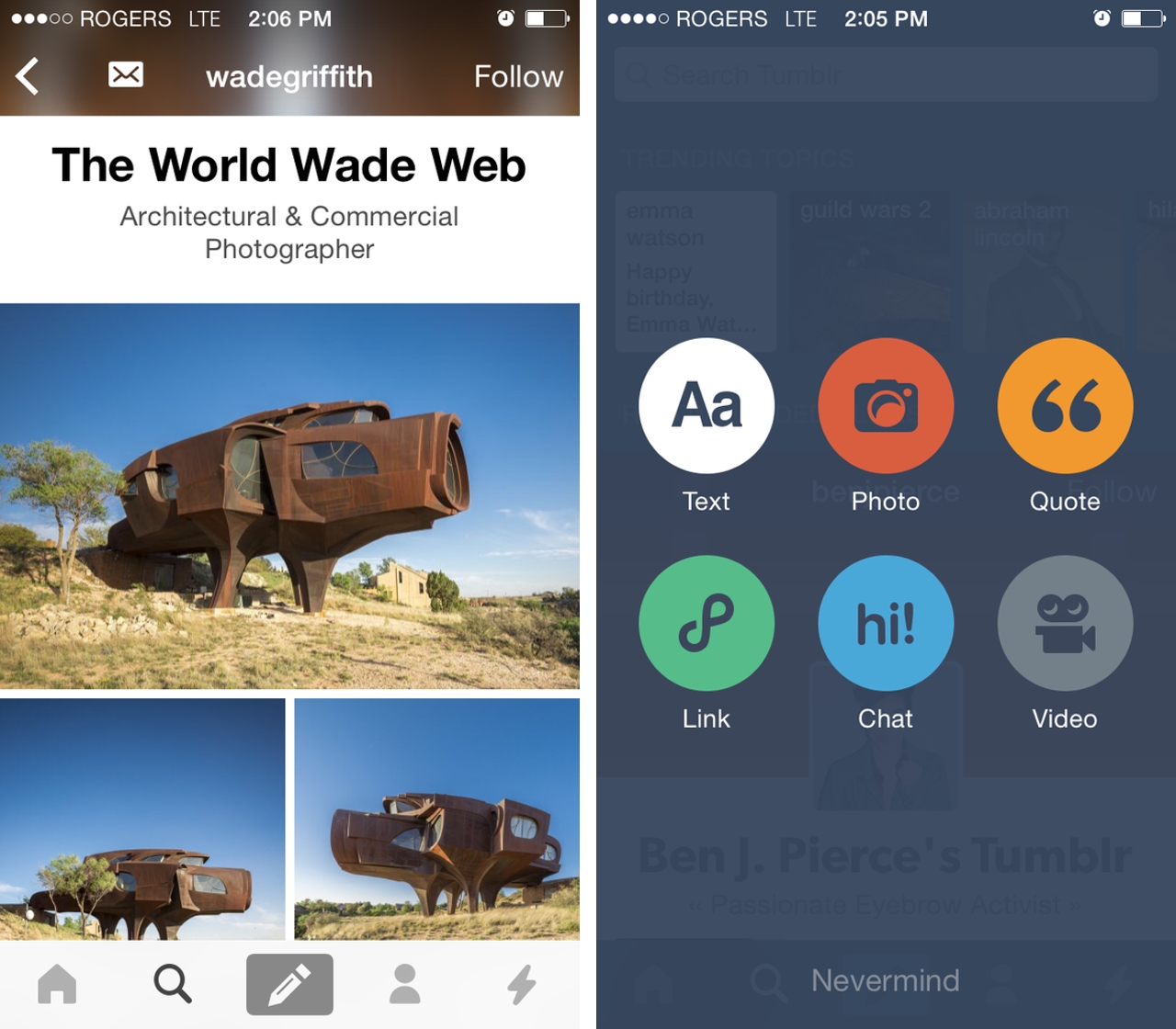 Tumblr released a large update to its iOS app this morning.

The most significant change here is that it’s now possible to start a secondary blog using the iOS app.

“Ever get an idea for a blog while you’re out on the town, or up in an aeroplane?” asks the app’s change long. “Make it, name it, give it an avatar, give it a header image, title it, describe it, post your first post to it—all before you even return to the Earth.”

Additionally, it’s now possible to post a YouTube or Vimeo on one’s Tumblr almost effortlessly. All the user needs to do this is copy a video link and paste it inside of the app, and Tumblr does the rest. The company says this has been one of the most frequent feature requests they’ve gotten from users.

GIFs can now grace the iPhone’s Today notification pane thanks to the new widget that comes with the app. As with other iOS widgets, this particular widget can be added by swiping down from the top of an iPhone’s screen, scrolling down until the “edit” button is visible, and then clicking it to add Tumblr to the list of widgets iOS maintains. In theory, the widget is supposed to keep a user informed of what’s trending on the site, but so far I’ve mostly used it to take a look at the GIFs people are posting.

There are several less significant changes, including a new icon, a fresh coat of paint for the iPad version of the app and GIFs that “load in a much more pleasing fashion”.

All in all, running a pastel grunge blog (or something equally esoteric) from an iOS device has never been easier.

The full list of changes, as well as a link to download the app, can be found on the App Store.