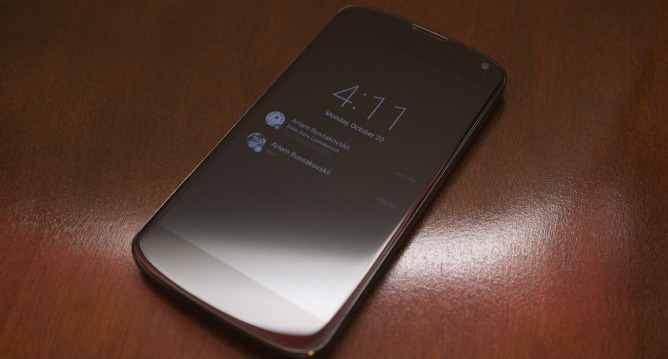 The Moto X has one of the most useful features on a smartphone today: Moto Display, also known by its vernacular name, Active Notifications.

The Nexus 6, built like a Moto X on performance enhancing drugs, is set to mimic that excellent feature with a new mode called Ambient Display. The AMOLED screen will reportedly display notifications, similarly arrayed to that lock screen, when the phone is picked up or approached.

As you can see from the image above, a version of the feature has been recreated on the Nexus 4, which does not sport an OLED display. 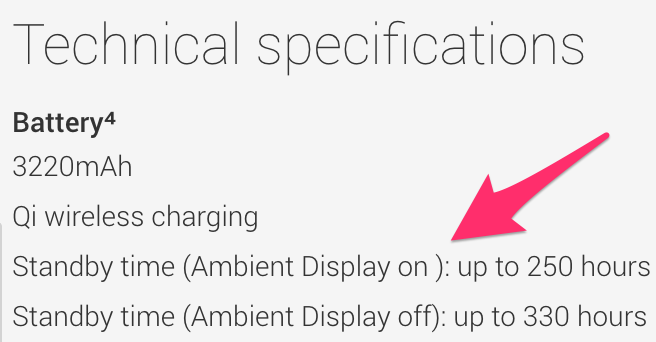 Since AMOLED displays can light up individual pixels, Ambient Display should have a negligible effect on battery life. From the Nexus 6’s spec sheet on the Play Store, you can see that Google differentiates between Standby time with Ambient Display on and off.