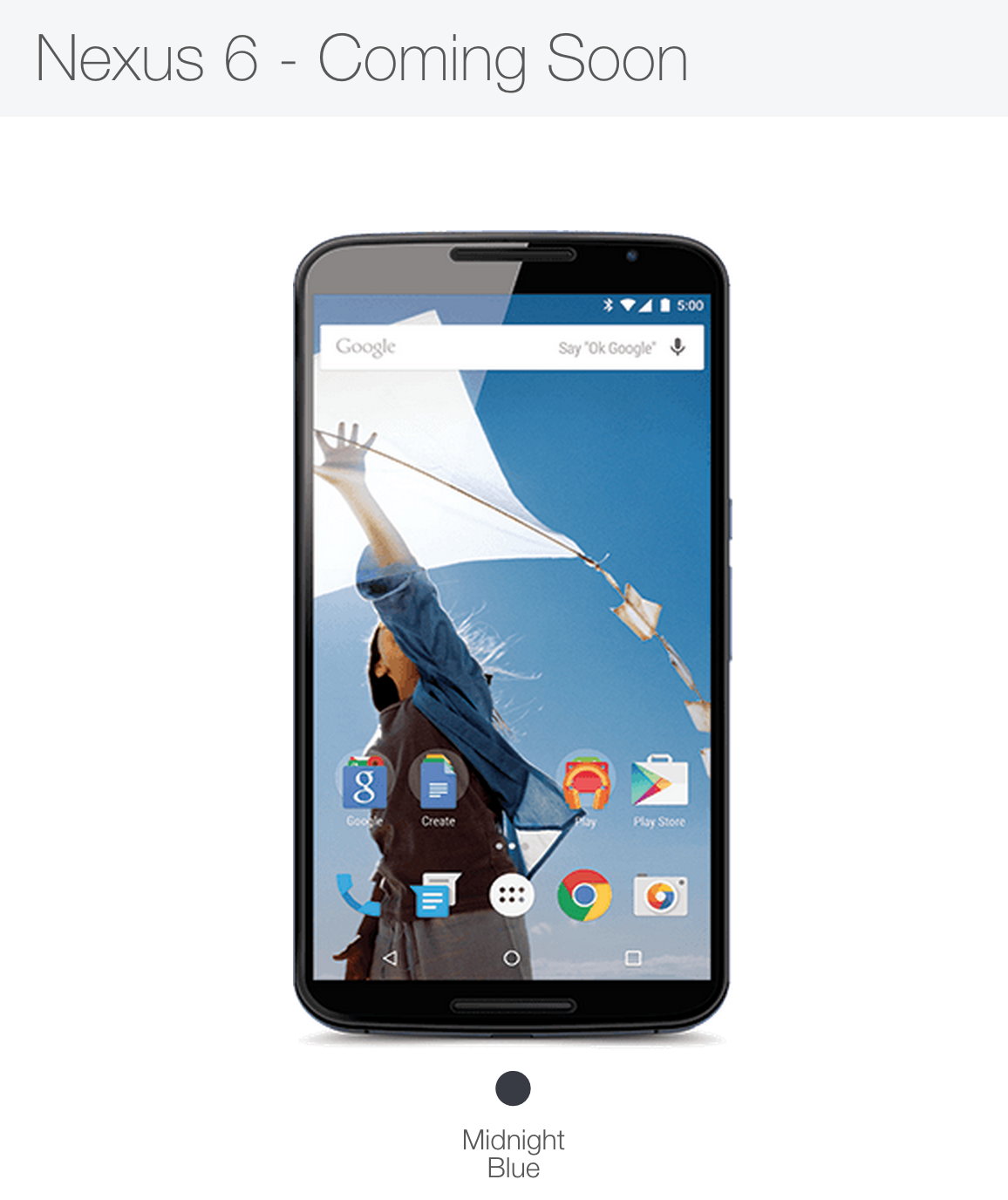 When Google announced the Nexus 6, most loyal buyers, despite the high-end specs, expected a price similar to last year’s Nexus 5. Google has been selling its Nexus phones at a significant discount since the Nexus 4, which debuted for $309 in late 2012.

But last week’s Nexus 6 launch was a shock for potential customers, reinforcing the notion that successful smartphones need the help of carriers to push inventory.

How quickly we forget, though: the Nexus One was sold unlocked for $549 USD in 2010, but its successor, the Nexus S, was sold exclusively through retail, as was the Galaxy Nexus — at least in Canada.

It wasn’t until the launch of the Nexus 4 that Google decided it wanted to maneuver its way into more pockets by effectively subsidizing the cost of the device. Its $309 CDN entry price ($299 in the US) was less than half the unsubsidized cost of the smartphone on which it was based, the LG Optimus G. The same thing happened the following year with the Nexus 5.

While carriers have always been a part of the Nexus equation, and the Canadian Big Three, Rogers, Bell and TELUS, sold the product at only a slight markup, the Nexus 5 appeared at a time when it was becoming increasingly important to have an unlocked phone. With many carriers offering discounts for bringing an unlocked device to their networks, the Nexus 5 proved to be a hit. It quickly sold out when it came to the Play Store, and Google and its partner LG had trouble filling inventory for months to come.

The Nexus 6 is not the Nexus 5. While the Nexus 5 had formidable specs for its price, it was undermined by a disappointing camera and underwhelming battery life. If specs alone carry any weight, the Nexus 6 should have no such issues.

But the Nexus 6 is also going to carry a price tag more than double that of the Nexus 5. At $749 for the 32GB model and a probable increase of $70-100 for the 64GB, we’re getting into iPhone/Galaxy Note territory, prices explicitly tailored for carrier subsidy. It also doesn’t help that the Canadian dollar is comparatively weak next to the USD, increasingly the price delta substantially.

So we’re back to a situation where, despite its classification as an unlocked device, the Nexus 6 will sit next to the high-end flagships at the carrier level, competing with them straight-on.

From that perspective, it’s easy to understand why Google and Motorola partnered to create a massive, and massively powerful, smartphone. Bigger is better at the carrier level, and with the success of the Galaxy Note spawning ever-present phablet derivatives, the Nexus 6 needed a defining feature to separate it from the pack.

And while early adopters and Android loyalists may value stock Android and direct-from-Google updates over TouchWIZ and Sense, the average customer likely doesn’t know their KitKat from their Lollipop. Samsung has found enormous success over the years by maintaining a consistent aesthetic (with modest usability improvements), but Google’s chances of disrupting that sales output is low to zero. Instead, it will use the carriers’ marketing powers to push the benefits of direct updates and clean software, while falling back to the speeds and feeds of its enormous, high-resolution screen and excellent battery life.

We also have to look at the Nexus 6 in light of Android Silver’s strange absence. It was but six months ago that we reported the Nexus program would be shuttered in favour of a carrier-centric OEM partnership that would see Samsung, HTC, LG and others build stock Android versions of their flagships, similar to the Google Play Edition versions of their devices. Like Android One, these devices would receive updates directly from Google, and OEMs would have had to adhere to certain marketing requirements and restrictions. Restrictions being the central theme, it appeared that Android Silver was too much for some OEMs, so Google likely set about recreating Android Silver with a single product: the Nexus 6.

It’s a winning combination that doesn’t always guarantee success at the carrier level, but in lieu of being able to sell it at a huge discount, à la Nexus 4 and 5, this is the next best thing.