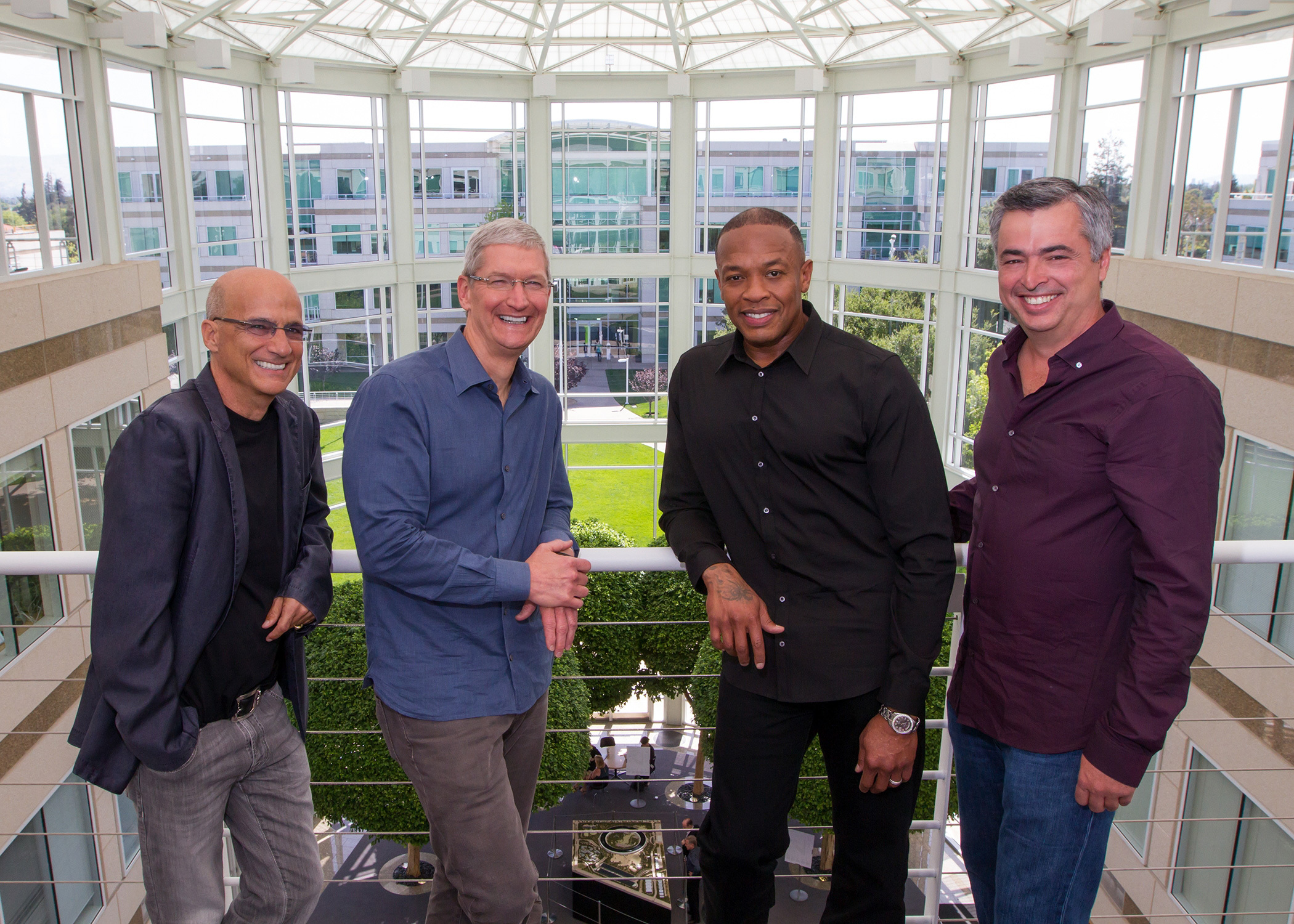 Apple has gone through with its biggest acquisition to date, though the total is some $200 million less than previously speculated.

The Cupertino-based company has purchased Jimmy Iovine and Dr. Dre’s Beats Electronics and Beats Music for $3 billion, ending speculation that the deal, which was first reported in early May, was thwarted due to a leaked video.

The $3 billion deal is comprised of two units, a one-time $2.6 billion payout and a future $400 million investment. Apple CEO Tim Cook said in a release that “music…holds a special place within our hearts at Apple,” and with the purchase “we can continue to create the most innovative music products and services in the world.”

It’s unclear what Apple plans to do with the company, but for the time being little is expected to change. While Beats’ core business is the sale of headphones and other music accessories, the company recently launched a streaming music service, which Apple will probably roll into its own iTunes Radio service in the coming months. Tim Cook confirmed that Beats Music will continue to be available on Android and Windows Phone after the buyout, indicating that the two companies will likely remain independent for some time.

The final $3 billion number is likely lower than the initial $3.2 billion due to the streaming service’s disappointing subscriber numbers. The deal will close in Q4, pending regulatory approval.

Beats co-founder Jimmy Iovine said, “I’ve always known in my heart that Beats belonged with Apple. The idea when we started the company was inspired by Apple’s unmatched ability to marry culture and technology. Apple’s deep commitment to music fans, artists, songwriters and the music industry is something special.”