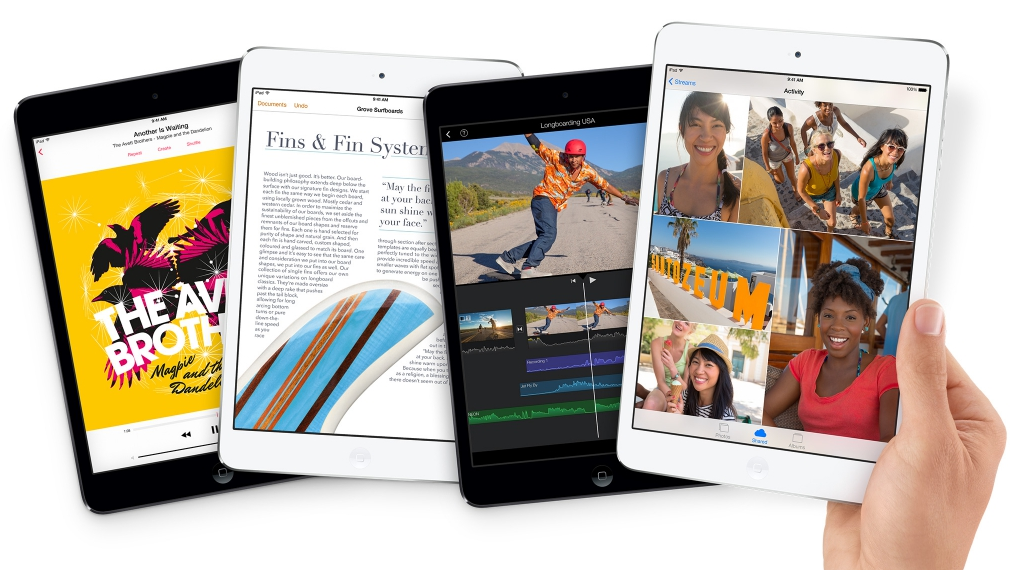 Apple pulled a minor fast one on everyone earlier today by closing down its online store and reopening with the iPad mini with Retina display available for purchase.

The device was expected to arrive “late November,” which in Apple speak usually denotes the final days of the month, but the company was likely able to sort out any launch day supply issues. The iPad mini with Retina looks almost identical to last year’s introductory model, but is equipped with some powerful hardware, including a 2048×1536 pixel IPS display and an A7 chip.

It’s not clear yet whether the iPad Air, the larger of the two new devices, will have any specific advantages, such as a higher-clocked A7, more memory or cache, or longer battery life, but for all intents and purposes the new iPad mini is nearly identical, aside from size and price, to its larger counterpart.

Prices start at $419 for the 16GB model, $100 cheaper than the equivalent-sized iPad Air. They rise to $849 for the 128GB model with LTE which, like the Air, is unlocked and compatible with all three Canadian carriers.

Right now, all but the 16 and 32GB Wi-Fi models are shipping in 5-10 business days, while the two cheapest variants are shipping in 1-3. Higher demand, and much higher introductory supply, must have lead to this shortened lead time, but Canadians should receive all models, regardless of size, by the end of the month. Unfortunately, the advertised shipping dates don’t coincide with the actual expected delivery dates, which tend to be conservative, but the two cheapest models will likely be delivered in the second last week of November.

Update: Looks like Apple has enabled in-store pickup for Canadians for the first time with this release. Good news, too: there are plenty of iPads mini with Retina display in major cities like Toronto, Montreal, Quebec, Mississauga and others. To organize your pickup and avoid waiting an extra couple of weeks for delivery, head to Apple’s Product Reservation page.