Google+ for Android updated with new interface and better performance, we go hands-on 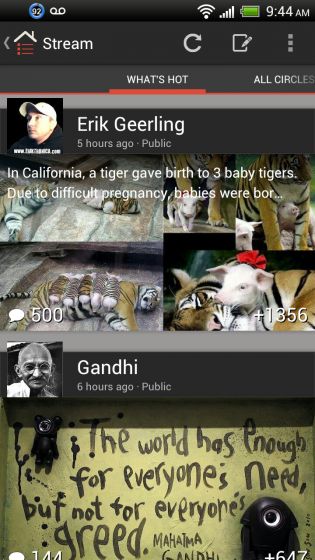 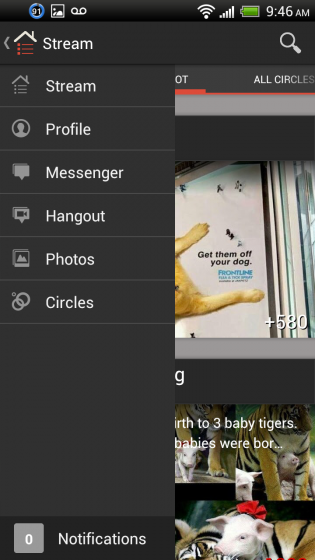 There’s something special about how ardently Google wants its nascent social network to succeed. In terms of a startup “pivot,” Google+ has hit the big 2.0. It’s not only a relaunch of a tired-looking (though attractively-made) app but a new photo-centric way to use the service.

In December, Google’s CEO Larry Page announced that there were 150 million active users on Google+. At the time, and still today, it seemed an exaggeration, some sort of ruse: no one used Google+, right? But the more I attempt to prove the theory true, the more I see my friends, techy and otherwise, posting on it. Perhaps it’s infrequent compared to Facebook and Twitter — in fact, the frequency is not even close — but it’s a growing, living platform that is taking steps to focus on what it’s good at: sharing photos, news and, often, conferencing with others using Hangouts.

The Google+ update for iOS that launched two weeks ago is almost identical in style to what we see here. Due to the generally-bigger and wider screens on most Android devices, the content looks fuller on Android — the text has more room to sit on top of the photos, allowing you to see more visually — making the experience arguably nicer here. It takes the idea of a post and adds just enough smooth-scrolling flair to keep you coming back. I do actually think I’ll be using the app more now than before. 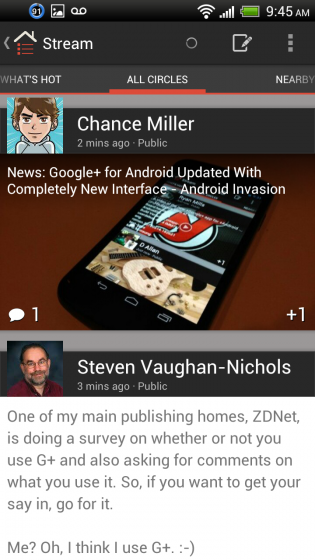 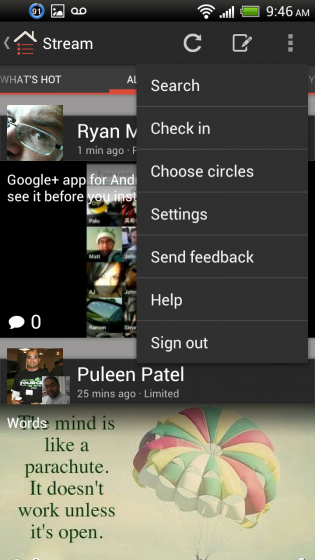 You can also now initiate a hangout from the main menu, which has been combined into a pop-out overlay on top of your stream as opposed to a separate menu. It’s a cleaner, more efficient way of doing things, and meshes nicely with the new look.

Another nice inclusion is the ability to edit posts, something I think a lot of Facebook users wish they could do. Messenger contacts can now be found based on suggestion, too.

Overall this is a great update to an improving service, and though I don’t think it can dethrone the kings, it no long feels like a jester.