Evernote for Android updated with text-to-speech, Evernote Widget app gets an overhaul 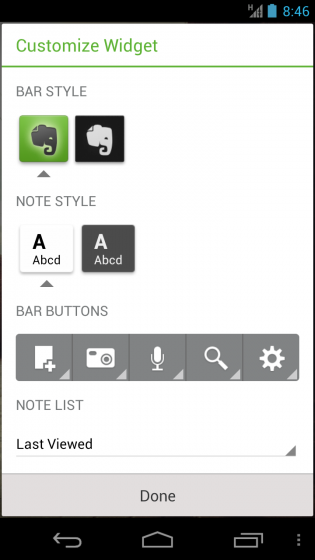 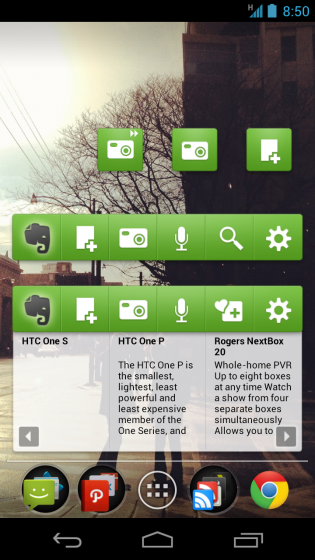 Evernote for Android is one of the best ways to take notes and keep organized. The team is constantly adding new features, and it is one of the few apps on the platform that stays pretty much in feature parity with its iOS counterpart. It’s even optimized for Android tablets, and works very well with devices such as the Asus Transformer Prime and its keyboard dock as a word processing app.

Today, Evernote and its separate Evernote Widget app have been updated to be even more comprehensive. The reason Evernote has a separate widget app is to allow users to install the main app to the SD card without sacrificing widget functionality (this is a bastion of the old Android legacy where some devices didn’t have enough storage space).

The main app has received a sizeable, adding in speech-to-text transcription from the push of a button. It appears that the service is independent from the built-in Ice Cream Sandwich service, since it works with ‘droids from 1.6 to 4.0. I found it to be on par with the built-in service — extremely fast and mostly accurate — so a welcome addition to anyone recording interviews or lectures. You can also use Evernote’s Skitch app to draw on, annotate and mark up existing photos, or create new ones, and import them back into a note.

The Evernote Widget app has been retooled as well, with the ability to do a “quick snapshot” that saves a photo as a new note immediately, without having to go into the main app itself. You can also configure which buttons go where in the 4×1 or 4×2 widget, and there is a new 1×1 customizable option for minimalists, or who just don’t have much room on their home screen. Rounding it off is a new “Dark” look for the widget if bright green isn’t your thing.

Evernote seems like one of those obvious things, but its strengths lie in how deep it is, and on how many platforms it is native. Evernote has excellent apps for iOS, Android, Windows Phone, BlackBerry, Playbook, Windows and OS X, and they’re improving all the time.

Check out Evernote and Evernote Widget on Google Play.