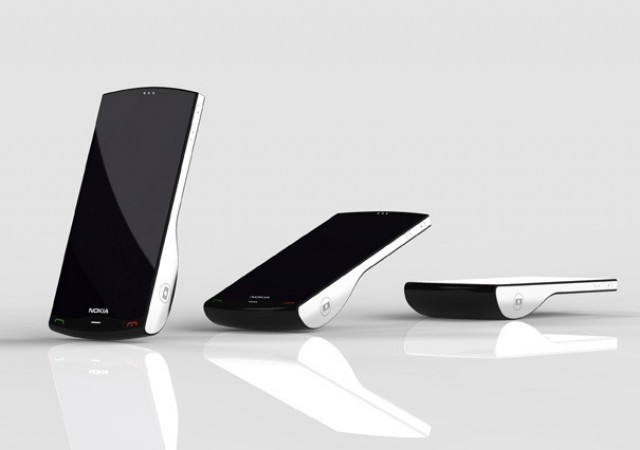 Nokia has done a fantastic job of revitalizing their brand. Sure, Windows Phone is still not the most popular OS, but Nokia has announced and pushed out some very popular handsets: Lumia 710, 800 and 900; and recently the 41MP madness with the PureView.

Last week Nokia’s design chief, Marko Ahtisaari, said he spends a third of his day working on a tablet. We’re now getting an insight into where the other two-thirds are invested. Apparently Nokia is also working on a “revolutionary phone” that when ready “users do not need to look down to use it and poke their finger at the screen”. Sounds very promising and that it’ll change everything, but no word on when this phone will be available. Perhaps the phone will simply have huge dictation capabilities, something like Apple’s Siri, but multiplied and expanded.

Nokia has always been vocal with their concept phone plans. A few years back they said they were working on a phone called the “Morph” that uses nanotechnology, is flexible and transparent, self-cleans and has a built-in solar absorption.

The report was posted in Finnish newspaper Kauppalehti and if Google translate is correct, Ahtisaari also took the time to give his viewpoints of competing manufacturers. He said that Apple’s iPhone is “characterized by five years old, an innovation. The iPhone and iPad are in his opinion, than a poorly designed home. The road from the kitchen into the dining room is always through the front door”. Ahtisaari noted that “Android and Symbian, he says dollhouses. They each can pick your own furniture, and only use them”, but clearly he likes Windows Phone the best, stating it’s “more natural“.

In the meantime, the next Nokia Windows Phone to arrive in Canada will be from Rogers with the Lumia 900 LTE. This is expected to launch “early April”.