iPad 3 already jailbroken, though no ETA for release 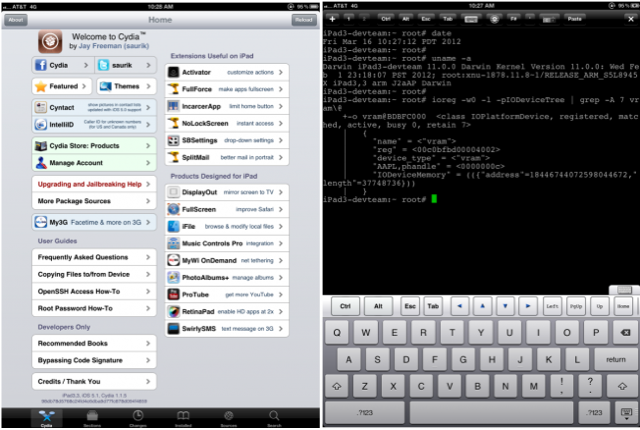 It went on sale this morning at 8am, but the iPad 3 has already been jailbroken — at least in theory. Dev-Team member and committed iOS hacker MuscleNerd has shown proof of root access on the new iPad 3. He claims that there are some major differences in the kernel architecture, but ultimately the same Corona method used to jailbreak the iPad 2 on iOS 5.0.1 works enough to gain root access. He currently has Cydia running on the device, but clearly that isn’t enough to release it publicly (we’re assuming).

This is only the beginning, since iOS 5.1 hasn’t even been given an untethered jailbreak on older hardware such as the iPhone 4 and original iPad, nevermind the iPad 2 and new iPad. The Dev-Team has a blog post outlining the three current streams of iOS hacking, and there seems to be promise in each one. We won’t know for some time whether any of them will lead to an actual product, as sometimes an untethered jailbreak is kept internal until Apple releases a major new software version. iOS 6 is expected to debut in June during WWDC.

Check out Dev-Team’s Blog, and get your hacking fingers ready. It’s going to be a bumpy ride!