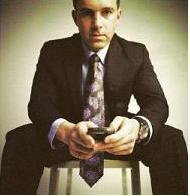 Globalive, TELUS, Rogers and Bell all represented themselves during the final day of hearings before the CRTC today at the inquest into Globalive’s foreign ownership. Audio statements are all below… we’ll get working on compiling some quotes from each carriers closing remarks.

The CRTC will announce their final decision if Globalive (Wind Mobile) will be given the green light to launch or not on October 23rd. There has been much speculation about how the Globalive organization is set up and how much influence Egyptian based Orascom Telecom actually has. Our prediction is that Globalive will be given the go ahead, however their launch will not take place until very early in 2010… what do you think?

Upon starting their closing statements, Chairman of Globalive Tony Lacavera said “Our competitors are clearly trying to protect their multi-billion dollar markets. However, we’re really pleased to see in the Commissions questions that you have not been unduly influenced by these parties self interested arguments. We are facing three very financed incumbents, opposing us every step of the way. We have of course expected this… I knew I understood the market, but also understood it well enough to know that I needed to partner with somebody with experience, capitol, entrepreneurial spirit and endurance that could keep up with me. I am a builder and I needed a builder as a partner.”

Bell’s SVP Regulatory & Governmental Affairs Mirko Bibic stated in their closing arguments that “We acknowledgethat Globalive made numerous changes to it’s corporate structure, governments and veto’s since we last met. It did this in response to concerns that you and we as intervenors identified. This is a normal part of the Commissions ownership review process, however, these changes do not – in deed they cannot alter the conclusion that Globalive still does not satisfy the mandatory Canadian ownership and control requirements under Section 16 in the Telecom Act. Globalive may not want to hear that, but in our view that’s the only decision available. Globalive remains ineligible to operate as a Canadian carrier.”

Ted Woodhead, TELUS’ VP Telecom Policy & Regulatory Affairs, stated that “This proceeding is very important… in that it brings a level of transparency to the process which TELUS has advocated and it will at the end of the day provide greater certainty to all who are interested in such things… it is apparent that there are many watching and waiting to see what the Commission will do, because your ultimate determination will establish the playbook to a very large degree for how participants in those sectors will structure their affairs. I don’t envy you as you enter your deliberations, you are being urged by Orascom to find as a fact they are not the bankers or at least the reluctant bankers in this transaction and structure… to cut threw it, this entity is not controlled by Canadians…”