Whosoever holds this console, if they be worthy, shall possess the power of Thor 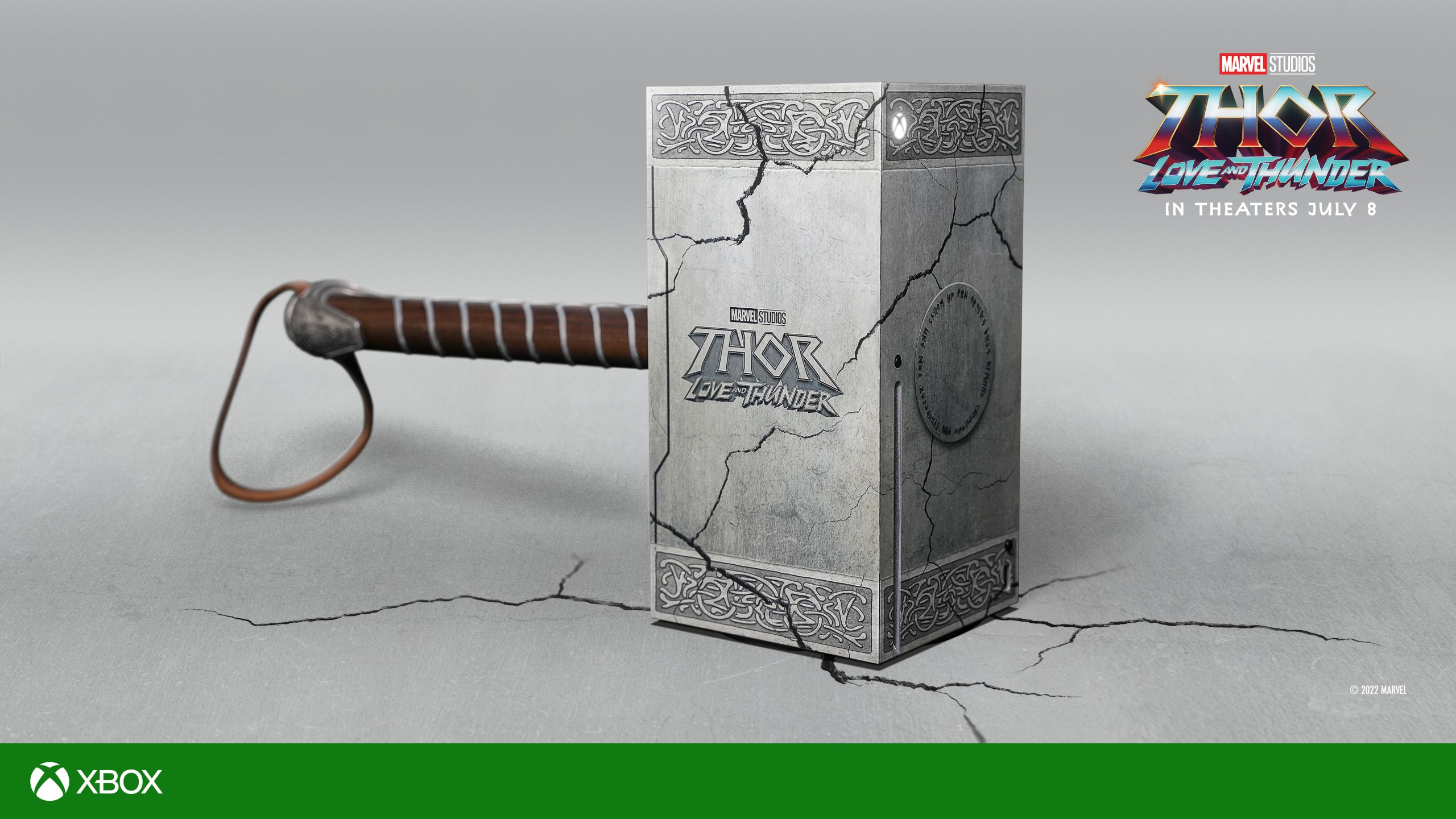 Xbox is partnering with Marvel once again to offer a themed Xbox console as part of a giveaway. Ahead of the Thor: Love and Thunder’s July 8th release in theatres, fans can enter to win a Mjolnir-themed Xbox Series X.

Not to be confused with Master Chief’s Mjolnir armour, the limited-edition Xbox Series X is modelled after Thor’s iconic hammer. Those following along with the MCU know that the weapon was destroyed by the hands of Hela in Thor: Ragnarok. However, as seen in the trailer, Thor: Love and Thunder sees the return of Mjolnir in the hands of Jane Foster aka The Mighty Thor.

Sadly, the Thor: Love and Thunder Xbox won’t be sold on store shelves or online. Instead, anyone eager to get their hands on the console must enter Xbox’s giveaway. To do so, you must follow Xbox on Twitter and Retweet the embedded tweet below with the hashtag ‘#ThorLoveandThunderXboxSweepstakes.’

The Xbox Series X is looking a little different after a bit of love and thunder.

Follow @Xbox and RT with #ThorLoveandThunderXboxSweepstakes for a chance to win this epic Mjolnir-themed Series X. Best of luck!

In order to be worthy of wielding this Mjolnir-themed Xbox, participants must be legal residents in any of the Xbox-supported countries or regions. Entrants must be 18 or older as well. There is a one-entry limit per person and Twitter account. Additional rules may apply.