Kleavor is a pretty cool evolution for Scyther 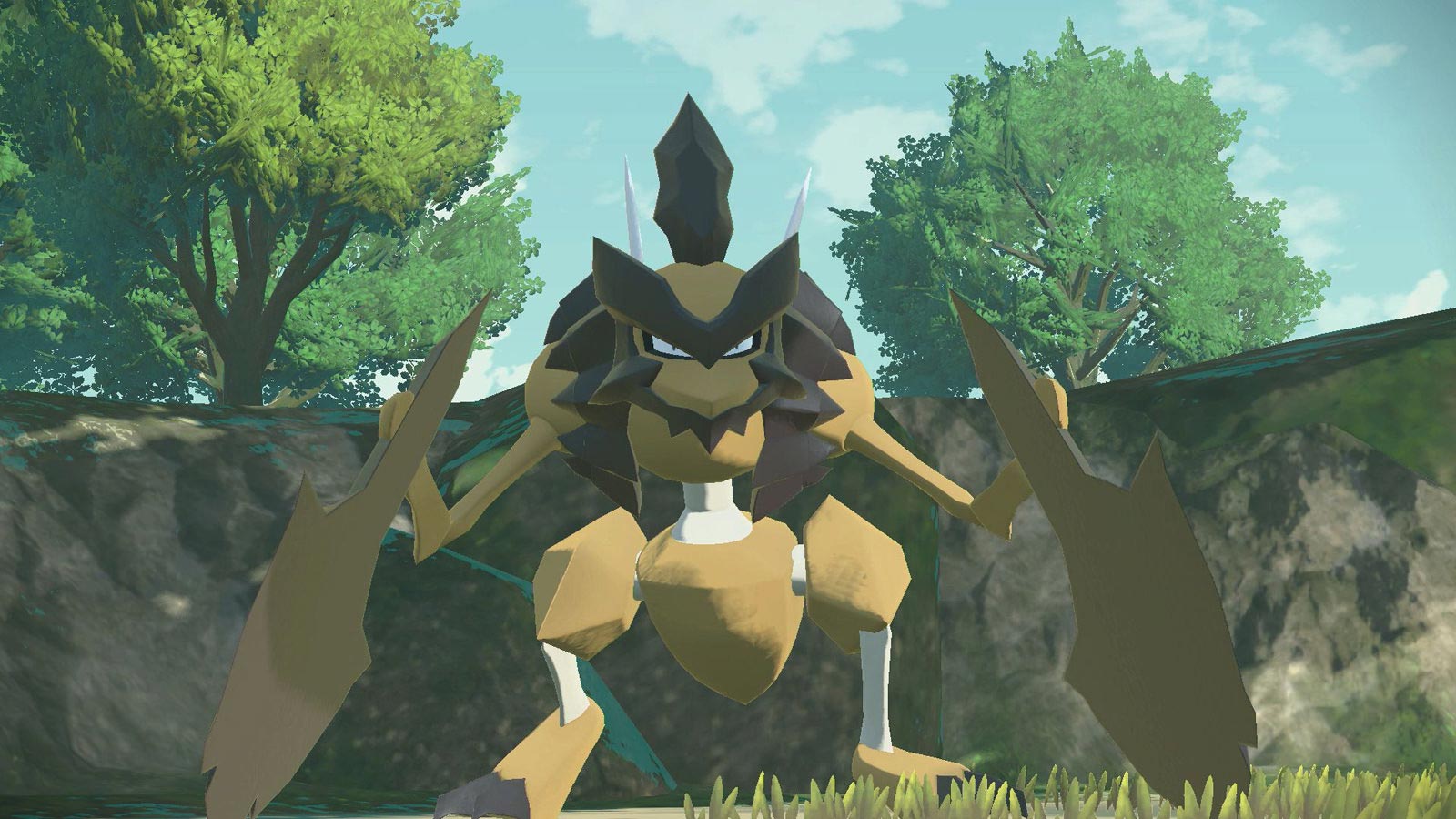 Additionally, the trailer showcases how riding Wyrdeer, Basculegion, Braviary can get you across different terrain in the game. The trailer also reveals Jubifife Village, a town where you’ll be able to update your appearance and take pictures in a photography studio.

It looks like there are Warden’s around the region that you’ll have to battle, giving us our first glimpse at trainer battles in Arceus. Finally, the trailer shows off Kleavor, a Bug/Rock-type evolution of Kanto’s Scyther.

A new trailer also dropped for Brilliant Diamond and Shining Pearl, showing off the return of Pokétch with the Dowsing Machine and Hidden Moves (like Fly, Cut and Surf).

In the trailer, the game shows off how to create Poffins and that you’ll be able to run around with all six of your Pokémon in Amity Square.

Unfortunately, there are still no signs of Mega Pokémon coming to Brilliant Diamond and Shining Pearl.