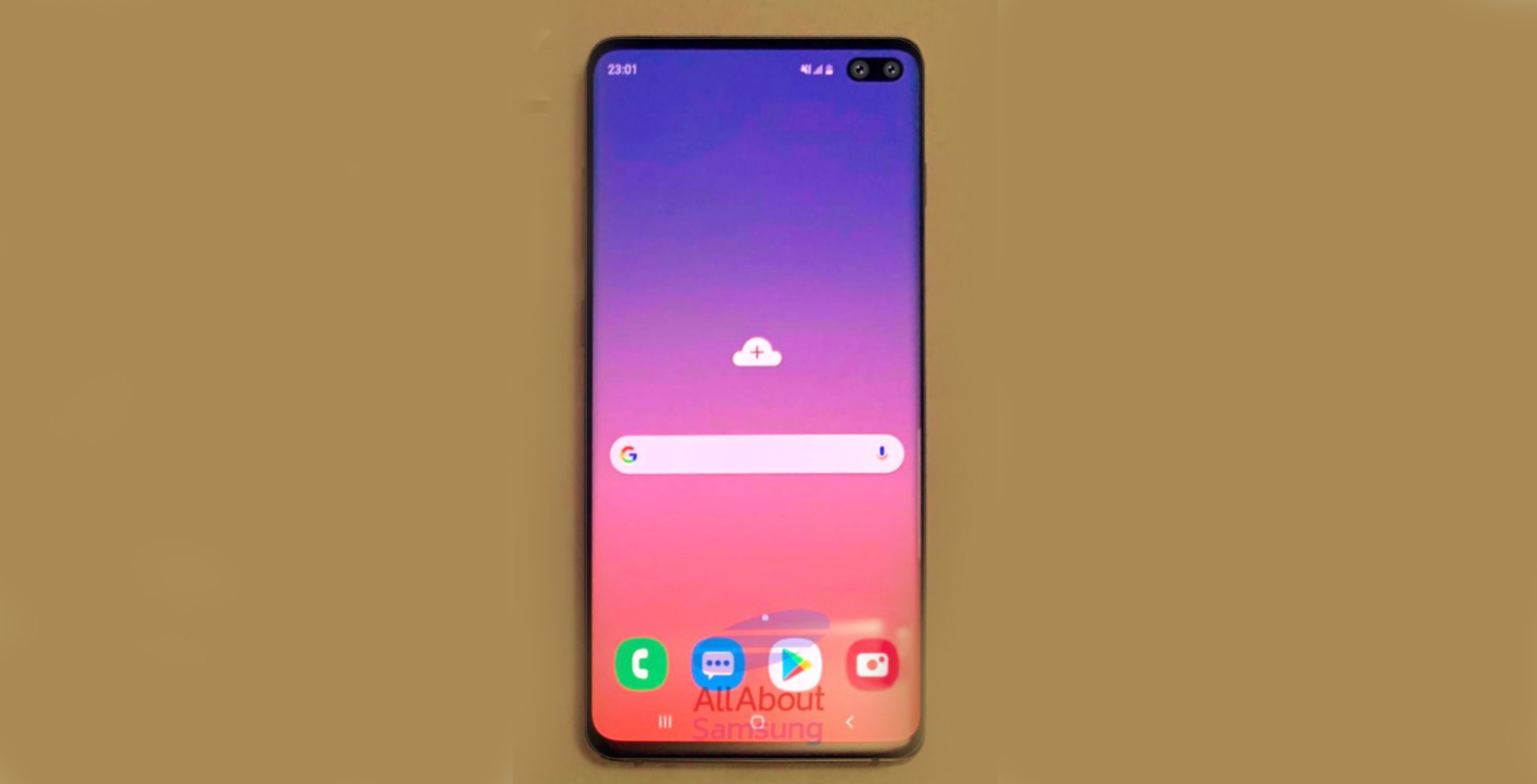 From Samsung to LG, here’s a breakdown of almost every smartphone leak from the last few days.

The leaks below encompass news ranging from January 19th to January 25th, 2019. Get ready, because there are a lot of upcoming Samsung Galaxy S10 rumours.

A leaked Samsung marketing video has surfaced online. The video, while overly very futuristic, gives us a very brief look at what could possibly be the company’s upcoming foldable smartphone. The phone looks similar to the foldable display Samsung showed off at its developer conference back in October.

Samsung has started manufacturing the Galaxy S10, according to reports. It appears as Samsung is only currently making the 4G LTE variant of the phone currently, including the budget Galaxy S10, the standard variant and the S10+.

For more on the 4G LTE variants, click here.

What looks like an official press render of the Samsung Galaxy S10+ suggests the phone will release on March 8th. The leak also shows a front-facing dual-lens oval-shaped camera cutout and a horizontal triple rear-facing camera setup. 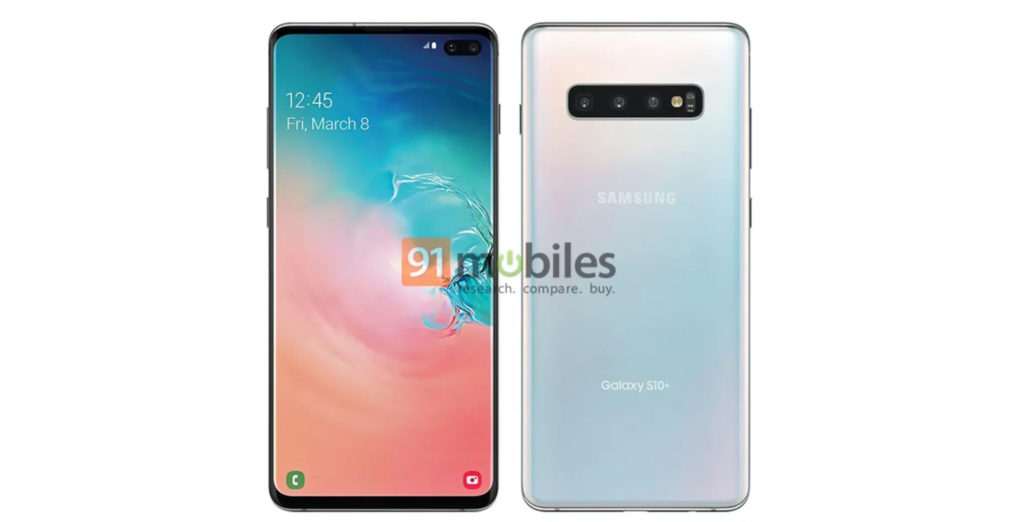 Renders of the Samsung Galaxy S10 and S10+ also surfaced online. The render showcases a pearl, metallic black and teal coloured version of the handset. 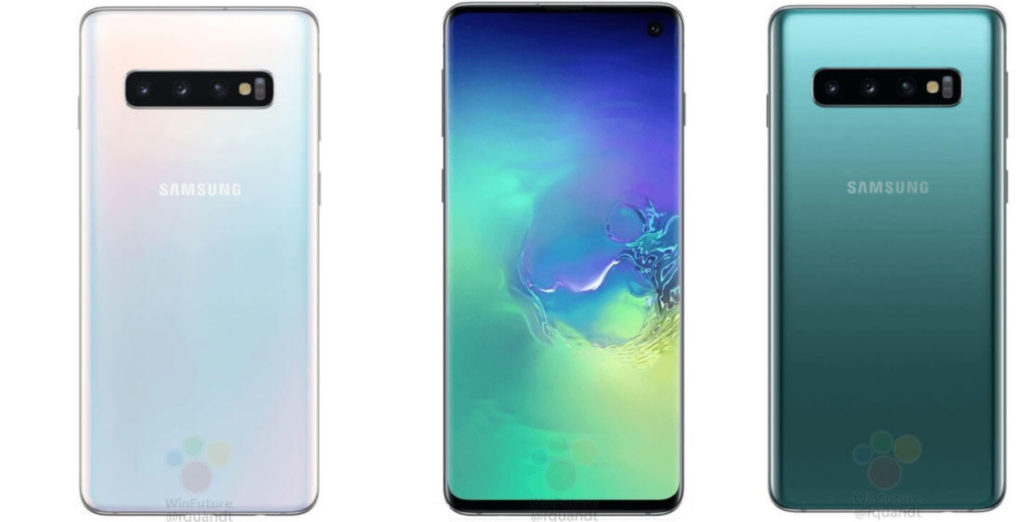 For more on the colours of the Samsung Galaxy S10 series, click here.

The full list of 4G Samsung Galaxy S10 handset pricing, colours, storage and memory configurations has surfaced online. The cost is specifically for the Netherlands and regional Canadian pricing is likely to be different. That said, the price tag does give us an idea of how much the phones might cost in Canada.

EXCLUSIVE! Here's the full list of Samsung Galaxy S10e, S10 and S10+ variants that will be coming to Europe along with Official Pricing. This price list is for Netherlands, I don't have for other countries as of now, but the difference should be minimal b/w European countries. pic.twitter.com/WWSFzXjnFO

Another picture of the Samsung Galaxy S10+ has also surfaced online. This image revealed the phone’s dual front-facing camera with an oval-shaped cutout.

Huawei will host its Mobile World Congress keynote on February 24th in Barcelona. Many believe Huawei will reveal a foldable display smartphone at the event given the company’s CEO Richard Yu said the following statement at Chinese tech giant’s 5G launch event: “We look forward to seeing you in Barcelona in February, where we will launch the world’s first 5G smartphone with foldable screen.”

Come with us to explore #ConnectingTheFuture LIVE from #MWC @GSMA. Are you ready to reveal the unprecedented? #HuaweiMWC #MWC2019 pic.twitter.com/ErPD7eKMh1

LG will launch a 5G-capable V50 ThinQ alongside the G8 ThinQ in February,  This handset will reportedly only come to specific markets in North America and Europe. Additionally, the handset is rumoured to sport a 6-inch display, Snapdragon 855 chipset, 4,000mAh battery, a vapour cooling system and a 5G modem.

For more on the LG V50 ThinQ leak, click here.

Sony’s unannounced Xperia XZ4 specifications have leaked online. The leak suggests the phone will feature a Snapdragon 855 processor, 6GB of RAM, 128GB of storage, a 4,400mAh battery and Android 9 Pie. Additionally, the handset will reportedly sport a 6.5-inch display with a 21:9 aspect ratio and 1,440 x 3,360 pixel resolution.

For more on the rumoured Sony phone, click here.