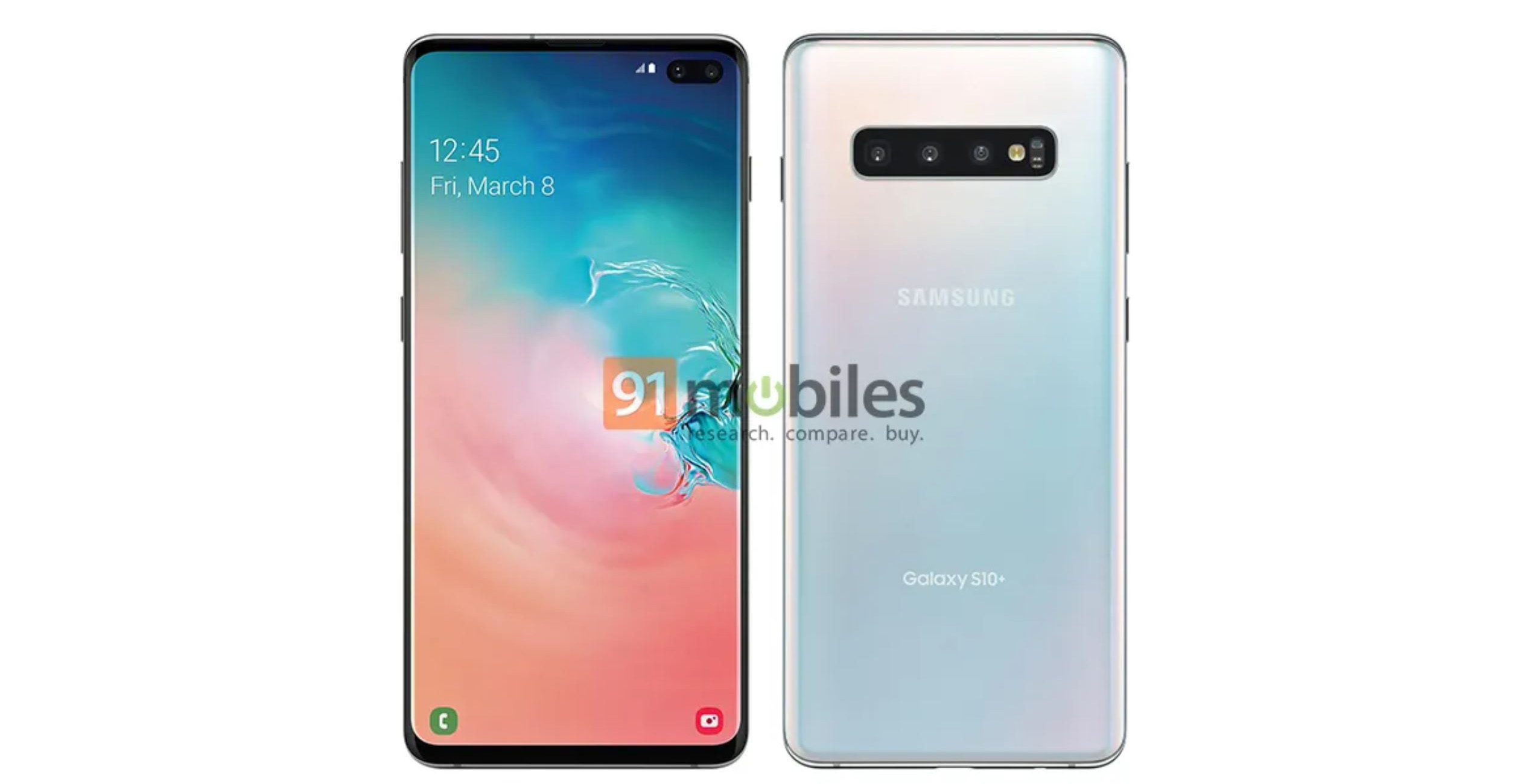 An official press render of the unannounced Samsung Galaxy S10+ has appeared online. The render comes from 91Mobiles, which has shared multiple other S10 leaks in the past.

The pictured phone features a horizontal triple rear-facing camera setup, as well as an oval-shaped punch hole dual-lens camera array on the front of the display, which aligns with what we’ve seen from previous S10 leaks. The render also features Samsung’s One UI lock screen icons as well as the date, March 8th.

The date of March 8th is significant as that’s the same day an earlier rumour from Gizmodo suggested Samsung’s S10 lineup would hit store shelves. If this is truly an official press render, then the launch date of March 8th seems even more conceivable. More, Gizmodo’s report also suggested that Samsung would hold its Unpacked event on February 20th, which we later found out was correct.

Other leaked specs suggest the Samsung Galaxy S10+ will sport a 6.4-inch display, Snapdragon 855 chipset in Canada, at least 6GB of RAM, an in-display fingerprint sensor and up to 1TB of storage.

Source: 91mobiles, Via: The Verge

Samsung is already testing Android 11 on a Galaxy S10+