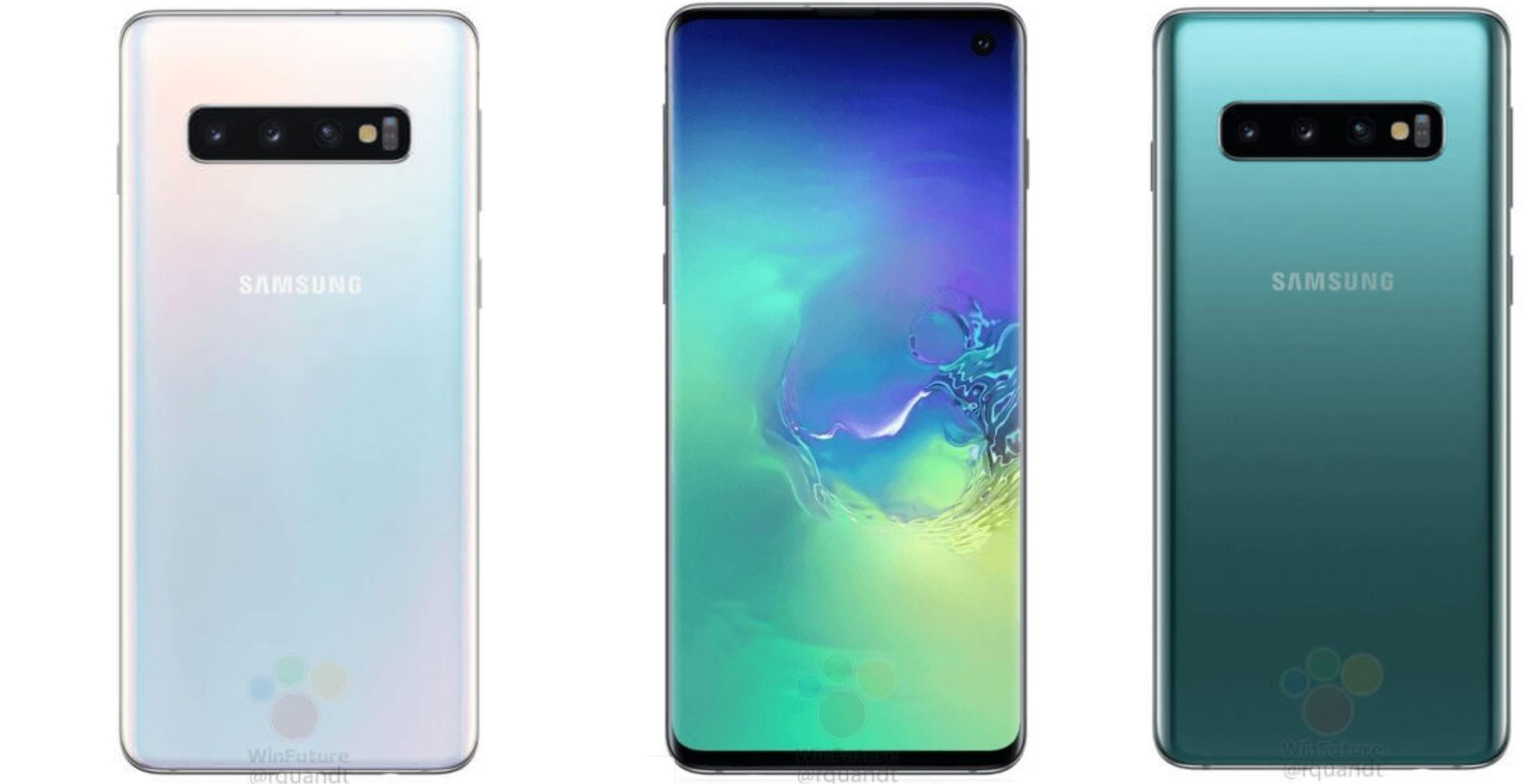 We’ve already seen multiple leaks of the Samsung Galaxy S10 series, including press renders, pictures of the phone caught in the wild and even just photos of the handset open to a page of the Samsung Settings app. This new leak, courtesy of WinFuture, shows off alleged press renders of the Galaxy S10 and S10+ in a variety of colours.

The renders show off the S10 and S10+ in a pearl-like white finish, as well as metallic black and teal finishes.

According to an earlier rumour, the Galaxy S10 and S10+ will be available in white, black, green and blue. The teal colour pictured in this leak is likely the green colour that was mentioned in that past leak. The blue colour has yet to be seen.

The South Korean company will unveil its Galaxy S10 series on February 20th.