RCS messaging is now available to some Rogers and Fido customers 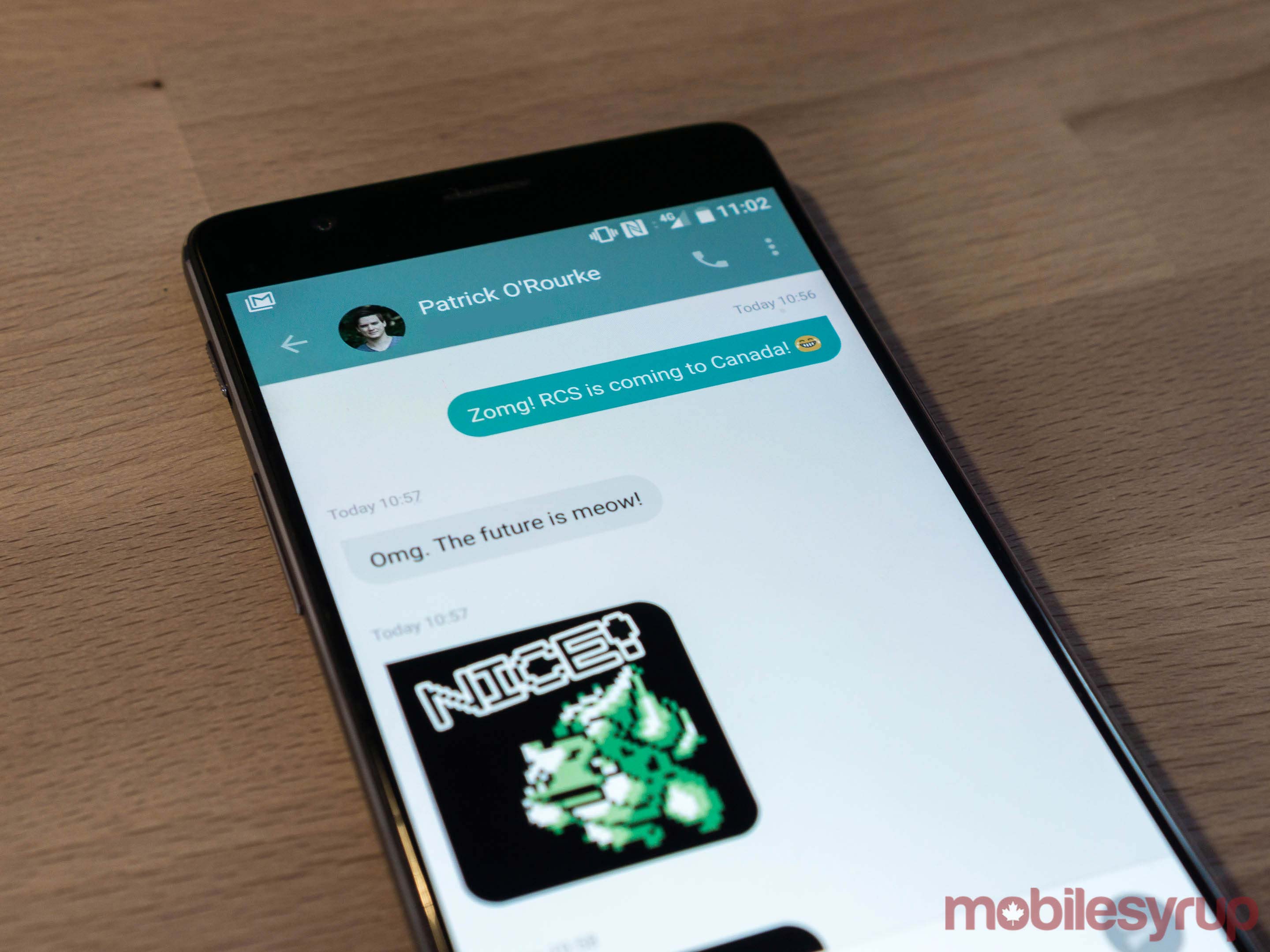 RCS, the standard some have called Android’s best bet at an iMessage competitor, has arrived in Canada.

As of today, Rogers and Fido have started enabling the features associated with RCS for some of their customers.

Short for Rich Communications Services, RCS is a standard under the IMS protocol that enables many of the messaging features iOS users have enjoyed the past several years now, including real-time typing indicators, read receipts, high-resolution photos and videos, group chats and more.

To take advantage of these features, Rogers and Fido customers will need to download Messenger (no, not that Messenger), which is available via the Google Play store for free.

Moving forward, all Android devices sold by Rogers and Fido will come preinstalled with Messenger as the default messaging client. Like iMessage, RCS uses a smartphone user’s data or Wi-Fi connection to deliver its feature set.

For the time being, Android users on Fido and Rogers will only see the benefits of RCS if they use Messenger to chat with other Android users on Fido and Rogers (and Sprint). Until Bell, Telus and the country’s collection of other regional carriers make their networks compatible with the standard, it’s unlikely RCS will see significant market uptake, especially if people don’t switch messaging apps.

However, the good news is that both Bell and Telus have signed on as supporters of Universal Profile, which is to say Android users on all three networks will likely soon be able to chat with one another using RCS.

When Rogers and Fido customers are able to utilize RCS, they’ll receive a notification via Messenger.