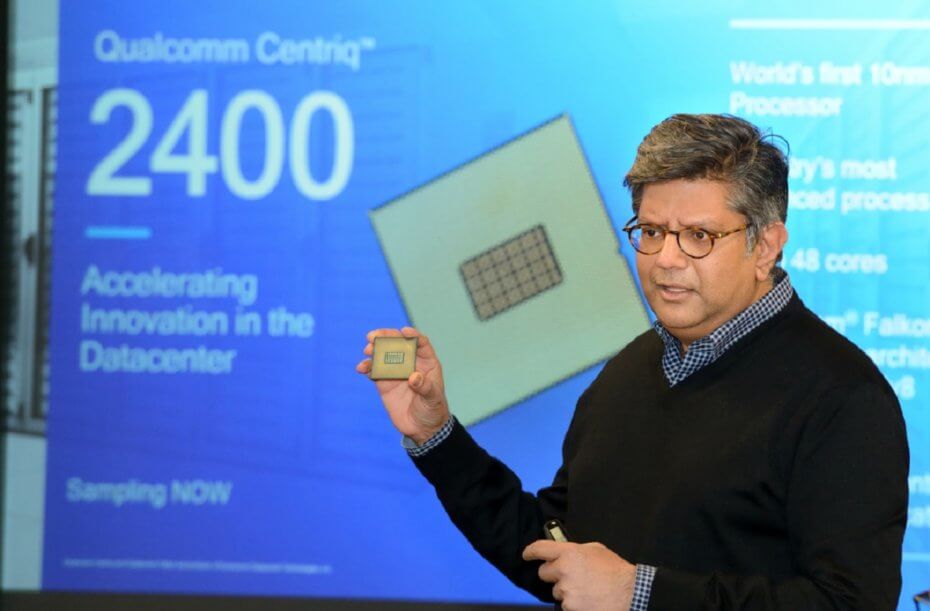 Not long after Qualcomm announced that its next high-end mobile chipset, the Snapdragon 835, would be built on the 10-nanometer process node, the company has now debuted a commercial sample of its 10nm server chip, heating up its rivalry with Intel.

Intel, which is a dominant force in the data center market and Qualcomm’s main competition, is also working on the production of commercial server chips with 10nm circuitry, which means a chip featuring circuits that just 10 nanometers apart. In the announcement, Qualcomm stated it expects its 10nm chips will be commercially available by the second half of 2017, providing Intel with a new challenge and target.

The company’s second-generation server chip series, the Qualcomm Centriq 2400, is built on 10nm FinFET process technology and set to feature up to 48 customized cores built off of architecture designed by ARM. The chips target data center workloads and Qualcomm has confirmed that it is now being sampled by prospective customers.

“We are first in 10nm IC technology for mobile, and leveraging our expertise in ARM processors and system on chip design, we are the first with our Qualcomm Centriq family of server processors to bring the leading edge to the datacenter.”