You can now catch Ditto in Pokémon Go 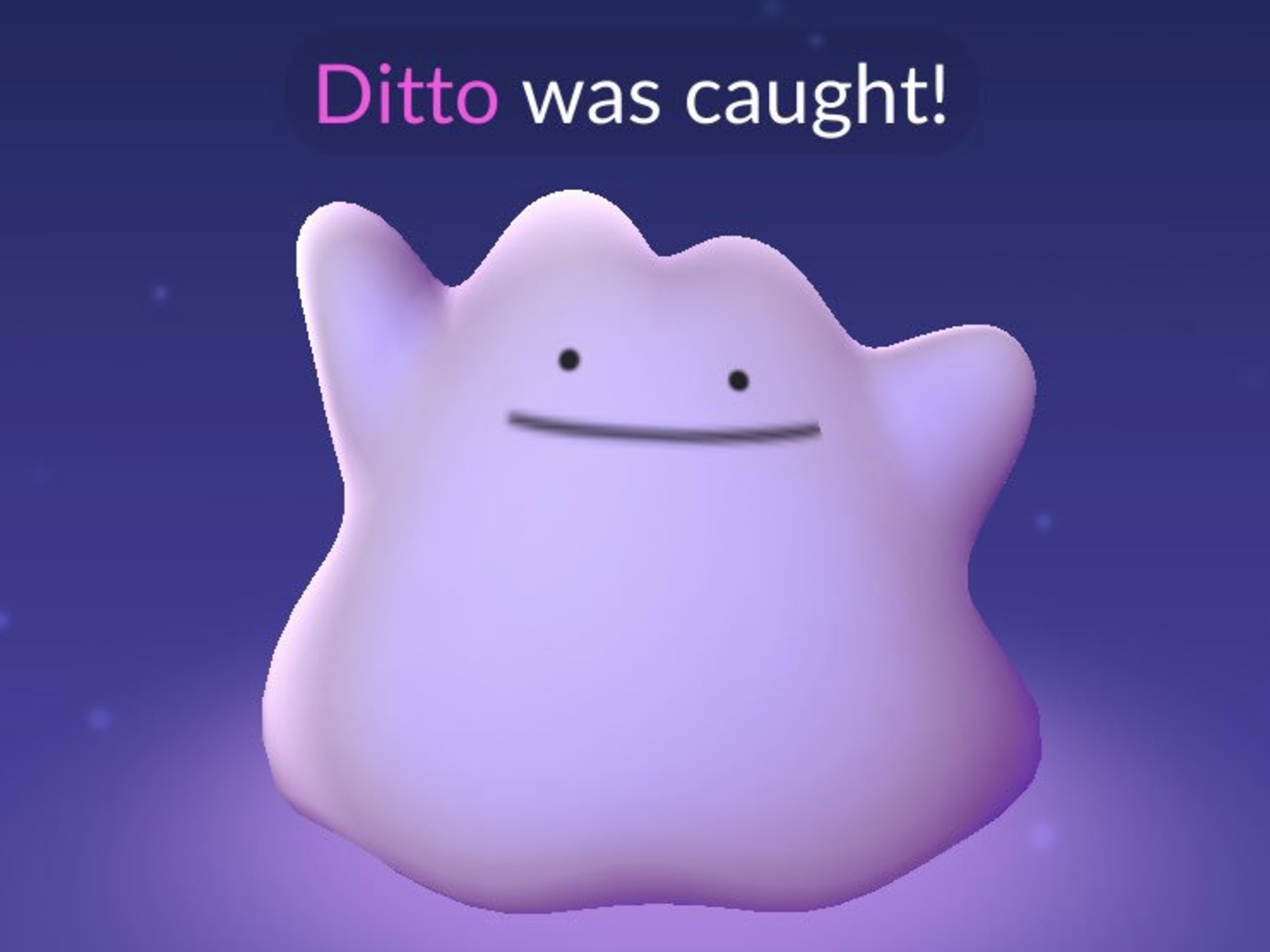 According to various reports across social media, it looks like the purple blob can now be caught in the game, though it’s unclear exactly how rare the Pocket Monster really is.

Niantic has also confirmed that as of November 24th Ditto can now be caught in Pokémon Go.

“When training or battling at a Gym, your Ditto copies the appearance, types, and moves of the first Pokémon it encounters, and remains so throughout the rest of those battles,” reads a statement Niantic sent to MobileSyrup.

When you run into Ditto in the game, the Pokémon will look just like any other creature. In the video above Ditto takes the form of a Pidgey, which means that you can no longer skip over capturing common creatures if you want to hunt down elusive Ditto.

When you think about Ditto in the context of the broader Pokémon series, this mechanic is actually a really smart move on Niantic’s part and a great way to introduce the shapeshifting purple blob to the game.

Coding sleuths uncovered Ditto’s code in Pokémon Go a number of months ago, but this is the first time the Pokémon has actually been captured in the wild.

In other Pokémon Go related news, Niantic recently rolled out a new version of its Nearby system in various regions of Canada.